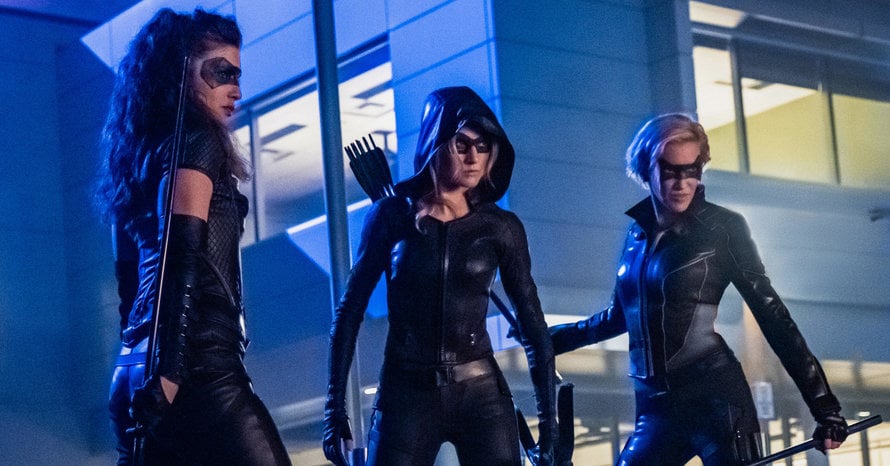 Arrowverse head Marc Guggenheim has revealed that he expects an update on the Green Arrow and the Canaries series soon.

There are several new Arrowverse spin-off shows coming to The CW and while Superman & Lois is getting a full season, we still haven’t heard about the status of Green Arrow and the Canaries. Arrow‘s final season featured a backdoor pilot for the potential series starring Katherine McNamara, but there hasn’t been any confirmation from The CW that it will proceed.

Back in May, The CW President Mark Pedowitz said that Green Arrow and the Canaries remains “very much alive” at the network and not much has come out since. On Twitter, a fan recently reached out to Arrowverse head Marc Guggenheim and asked if the series had been picked up yet. Guggenheim revealed that he hasn’t heard anything about the status of the series yet, but is expecting to find out soon.

So are we! We should receive word — one way or another — very, very soon.

Do you hope Green Arrow and the Canaries gets the green light? Sound-off in the comments section below!

You can read the official synopsis for the Green Arrow and the Canaries backdoor pilot below:

“It’s the year 2040 in Star City and Mia Queen (McNamara) has everything she could have ever wanted. However, when Laurel (Cassidy) and Dinah (Harkavy) suddenly show up in her life again, things take a shocking turn and her perfect world is upended. Laurel and Dinah are tracking a kidnapping victim with direct ties to Mia and they need her help. Knowing it will change everything, Mia can’t help but be a hero and she, Laurel and Dinah suit up once again to save the city.”

Stay tuned to Heroic Hollywood for the latest news on Green Arrow and The Canaries and the rest of the Arrowverse. Also make sure to subscribe to our YouTube channel for more video content in the future.