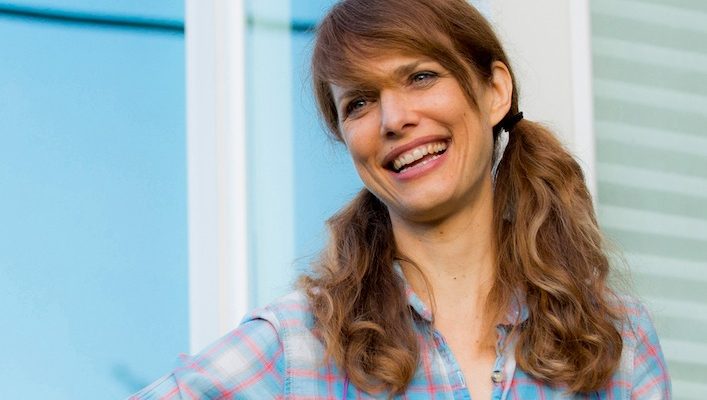 A newly announced grant will honor the legacy of Lynn Shelton. Seattle’s Northwest Film Forum and Duplass Brothers Productions are launching the Lynn Shelton “Of a Certain Age” Grant. The $25,000 unrestricted cash grant will be awarded each year to a U.S.-based woman or non-binary filmmaker, age 39 or older, who has yet to direct a narrative feature, a press release announced.

Shelton made her feature debut, “We Go Way Back,” at the age of 39. She was inspired to step behind the camera after seeing Claire Denis speak at Northwest Film Forum and learning that the French filmmaker didn’t make her her first feature, “Chocolat,” until she was 40. Shelton went on to helm an additional seven features: “My Effortless Brilliance,” “Humpday,” “Your Sister’s Sister,” “Touchy Feely,” “Laggies,” “Outside In” and “Sword of Trust.” Her many TV credits included “Little Fires Everywhere,” “GLOW,” and “Fresh Off the Boat.”

“This grant seeks to reinforce that great filmmakers can emerge at any age, and to elevate the voices of a segment of the filmmaking community who have precious few resources dedicated to supporting them yet plenty of stories to tell,” explains Megan Griffiths, Shelton’s longtime friend and collaborator, who is working in her capacity as a member of the board of Northwest Film Forum to help establish the grant. “Lynn was 39 when I met her on her first feature, and I watched her grow as an artist and become more certain in her path with every passing year. She wore her ‘late bloomer’ status as a badge of honor and we know she would be thrilled that this grant exists in her name.”

Vivian Hua, Executive Director of Northwest Film Forum, added, “In an industry where women, non-binary, and trans individuals have historically had less success and visibility, hearing Lynn Shelton’s story of coming into film at an older age has been extremely inspiring. The scope of this grant will ensure a positive impact on the lives of future recipients for years to come.”

Nominations for the Lynn Shelton “Of a Certain Age” Grant are being sought from a national Advisory Committee made up of film programmers, filmmakers, and arts leaders including Emily Best (Seed&Spark), Effie Brown (Gamechanger Films), and filmmaker Kat Candler.

Shelton died of a blood disorder this May.