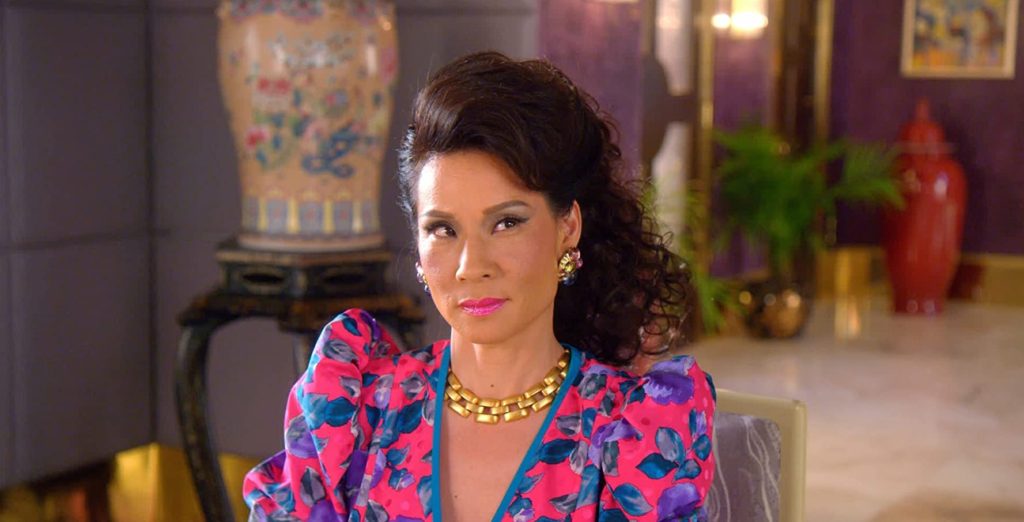 Liu in “Why Women Kill”

Previously known as “Bossy” and “Kids Matter Now,” the project follows Devin (Liu), “the fierce and powerful head of Shelter, a large and successful modern furniture company. She is a force and is unfamiliar with failure,” the source teases. “But when she adopts a baby she is ill-prepared for the task of parenting and feels at a complete loss as to how to be a mom.”

The project is “one of several that ABC pegged to shoot later in the year once production can safely resume,” Variety notes. “Most broadcast pilots this season were thrown off course due to the coronavirus pandemic, which shutdown physical production across the industry.”

Katey Sagal-starrer “Rebel” is among the other projects ABC hopes to film this year.

Goldberg-Meehan created “Friends” spin-off “Joey” — on which Liu appeared — and relationship comedy “Better with You.” Her other writing and producing credits include “Speechless,” “Hot in Cleveland,” and “Friends.”

Liu most recently starred in CBS anthology series “Why Women Kill.” She played Dr. Joan Watson in CBS’ “Elementary,” the Sherlock Holmes update that ended last year after seven seasons. The “Charlie’s Angels” franchise, the “Kill Bill” movies, “Southland,” and “Ally McBeal” are among her many notable credits. She received an Emmy nomination for the latter.

An active TV director over the past few years, Liu has helmed eps of “Elementary,” “Why Women Kill,” and “Luke Cage,” among other shows. She also co-directed the feature drama “Meena.”