Lisa Joy and Jonathan Nolan Are Adapting “Fallout” for Amazon 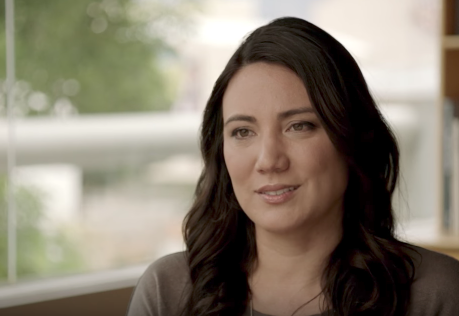 Lisa Joy and Jonathan Nolan Are Adapting “Fallout” for Amazon


“Fallout” is coming to the small screen. Deadline reports that “Westworld” creators Lisa Joy and Jonathan Nolan are adapting the post-apocalyptic role-playing video games for Amazon Prime and have secured a series commitment.

“The world of ‘Fallout’ is one where the future envisioned by Americans in the late 1940s explodes upon itself through a nuclear war in 2077,” the source details. “In ‘Fallout,’ the harshness of the wasteland is set against the previous generation’s utopian idea of a better world through nuclear energy.”

“Fallout is one of the greatest game series of all time,” said Joy and Nolan. “Each chapter of this insanely imaginative story has cost us countless hours we could have spent with family and friends.” The pair, who are under an overall deal with Amazon Studios, described being thrilled to bring the “massive, subversive, and darkly funny universe to life with Amazon Studios.”

Based on the 1973 film of the same name, “Westworld” has received 43 Emmy nominations. The Western sci-fi recently concluded its third season on HBO and has been renewed for a fourth.

“To me, I really never thought that it was possible I would become a working writer. It’s truly, if you told me I was going to become an astronaut who colonized Mars, that would be about the equivalent feasibility for me,” Joy, who started writing her first spec script while studying for the bar, has said. “Maybe it’s because I’m first generation American. Neither of my parents are from this country. It’s not the career path that a lot of immigrant families believe their child will have. The focus was on something more stable like medicine or law, or at least in my family it was. I don’t know. Other immigrant families may be different. But in my family, it was like they struggled very hard to have their tiny piece of the American dream. All they wanted for me was to be secure. Literally, to have health insurance and a job that paid enough to get a house one day. Anything else, like artistic ambitions just seemed very out there. That was somebody else’s game, you know?” she explained. “That was something that was out of the realm of how we were thinking and I was taught to think.”

Joy is set to make her directorial debut with “Reminiscence,” a sci-fi about a private eye who recaptures cherished memories for clients.