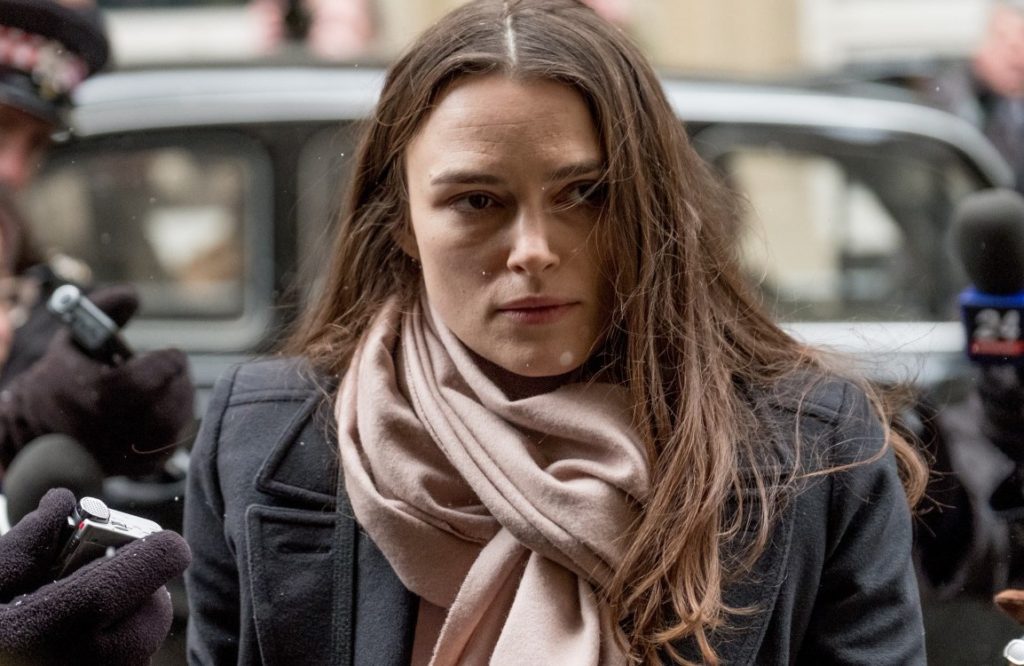 Keira Knightley has signed on to topline another period drama. Deadline reports that she’ll lead and exec produce “The Essex Serpent,” an adaptation of Sarah Perry’s 2016 novel of the same name. The two-time Oscar nominee has said she doesn’t “really do films set in the modern day because the female characters nearly always get raped. I always find something distasteful in the way women are portrayed,” she explained, “whereas I’ve always found very inspiring characters offered to me in historical pieces.”

Set to be written by Anna Symon (“Mrs. Wilson), “The Essex Serpent” is set in 1893 and tells the story of Cora (Knightley), a recently widowed woman who, “having being released from an abusive marriage, relocates from Victorian London to the small village of Aldwinter in Essex, intrigued by a local superstition that a mythical creature known as the Essex Serpent has returned to the area,” the source hints.

Clio Barnard, whose feature credits include “Dark River” and “The Selfish Giant,” will direct. She and Symon are also among the project’s exec producers.

“The Essex Serpent” marks the second small screen project Knightley has in the pipeline. She also has a limited series in the works at Hulu. The “Atonement” actress is set to star in and EP “The Other Typist,” an adaptation of Suzanne Rindell’s 2013 novel. “The L Word” creator Ilene Chaiken will be writing and serving as showrunner for the Prohibition era drama about a naive typist in the New York Police Department who falls under the spell of her charismatic co-worker (Knightley).

You can catch Knightley next in “Misbehaviour,” Philippa Lowthorpe’s dramedy about women’s rights activists who disrupt the 1970 Miss World competition. The pic, which is based on a true story, hits select theaters and VOD September 25.

“Official Secrets,” “The Nutcracker and the Four Realms,” and “Colette” are among Knightley’s recent credits. She received Oscar nods for her performances in “The Imitation Game” and “Pride & Prejudice.”