Julie Taymor’s “The Glorias” Will Debut on Amazon Prime Video 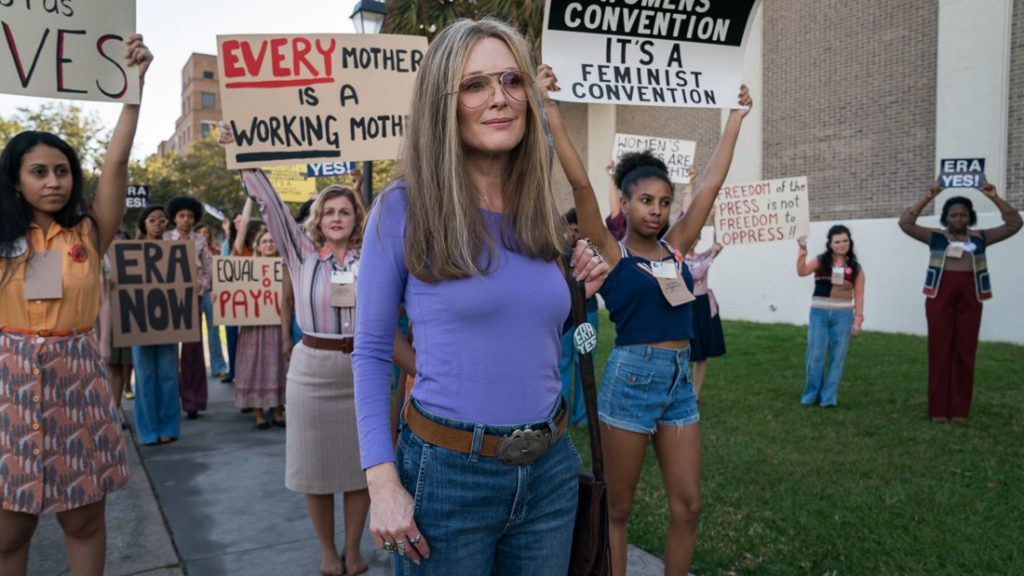 Julie Taymor’s “The Glorias” Will Debut on Amazon Prime Video

COVID-19 has affected the theatrical release of Julie Taymor’s “The Glorias,” but we’ll still get to see the Gloria Steinem biopic before the election. Deadline reports the Julianne Moore and Alicia Vikander-starrer is pivoting away from a theatrical run and going straight to Amazon Prime Video. It’s “set to stream exclusively on Prime Video in U.S. and Canada and be available for purchase on all Electronic Sell-Through platforms starting September 30.”

Written by Taymor and playwright Sarah Ruhl, “The Glorias” is based on Steinem’s memoir “My Life on the Road.” The film presents several different versions of Steinem — portrayed by Moore, Vikander, Lulu Wilson, and Ryan Kiera Armstrong — as it tells the story of her life and feminist work via a road trip. “The film also introduces a number of iconic women who had a profound influence on Gloria and the women’s movement, including Dorothy Pitman Hughes (Janelle Monáe), Flo Kennedy (Lorraine Toussaint), Bella Abzug (Bette Midler), Dolores Huerta (Monica Sanchez), and Wilma Mankiller (Kimberly Guerrero),” the source notes.

“The Glorias” premiered this year at Sundance and was then acquired by LD Entertainment and Roadside Attractions. It was originally set for a September 25 theatrical opening, “but, as with all films, things remained up in the air due to the current landscape. Even so, Roadside [and] LD shared Taymor and producers Lynn Hendee and Alex Saks’ passion for the film and felt that it should reach the widest possible audience prior to the election.”

“The message of Gloria’s life and activism and spirit speak so strongly to the current moment, and we collectively decided to pivot from a theatrical release to this new, digital plan to give the film its widest audience, right away,” said Roadside co-presidents Howard Cohen and Eric d’Arbeloff.

At Sundance, Taymor told Deadline that “The Glorias” was filmed during the 2016 election — when she was expecting Hillary Clinton to break one of the thickest glass ceilings and become the first woman president of the United States. “You look at the events in [‘The Glorias’] and you go, ‘Wow, we’re in the exact same position or going backward in some cases,’” she said. “With the struggle, with the accomplishments of these women,” Taymor hopes to remind audiences of the importance of their work, and draw connections between their experiences and what is happening with women’s rights now.

Taymor’s other films include “Frida,” “Across the Universe,” and “The Tempest,” and she’s directed Broadway productions such as “The Lion King.” She received an Oscar nomination for writing the song “Burn It Blue” for Frida, her Frida Kahlo biopic starring Salma Hayek.

Chris Lopez: I Will NEVER Get Back Together With Kailyn Lowry!

Big Ed Brown on Dating After 90 Day Fiance: These Olds Broads are Liars!

‘WandaVision’ Director Reveals If The Twins Will Be Sticking Around

Jim Bob Duggar Defends Justin: My Son Can Bang Whomever He Chooses!

Pick of the Day: “A Woman’s Work: The NFL’s Cheerleader Problem”