Miranda July will be discussing “Kajillionaire” at the Girls Club’s next live event. The conversation will be held Thursday, September 10, at 5:30 p.m. EST.

Written and directed by July, “Kajillionaire” is a profoundly moving and wildly original comedy. Con-artists Theresa (Debra Winger) and Robert (Richard Jenkins) have spent 26 years training their only daughter, Old Dolio (Evan Rachel Wood), to swindle, scam, and steal at every opportunity. During a desperate, hastily conceived heist, they charm a stranger (Gina Rodriguez) into joining their next scam, only to have their entire world turned upside down.

July wrote, directed, and starred in “The Future” and “Me and You and Everyone We Know.” The latter won the Camera d’Or at the Cannes Film Festival and a Special Jury Prize at the Sundance Film Festival, and was recently added to the Criterion Collection. July is also an award-winning author. Her most recent book, “Miranda July,” has re-imagined the art monograph as an oral history on her career to date. Her collection of stories “No One Here More Than You” won the Frank O’Connor International Short Story Award and has been published in 23 countries. “It Chooses You” was her first book of non-fiction, which was followed by her debut novel, “The First Bad Man.” Her writing has appeared in The Paris Review, Harper’s, and The New Yorker. July’s participatory art works include “Eleven Heavy Things,” a sculpture garden created for the 2009 Venice Biennale; “New Society,” a performance; “Somebody,” a messaging app created with Miu Miu; and an interfaith charity shop in Selfridges department store in London, presented by Artangel.

“Kajillionaire” opens in the U.S. September 25 and in the U.K. October 9. The trailer is below.

The Girls Club conversation with July is open to the public. Event details are below. Remember to register in advance. 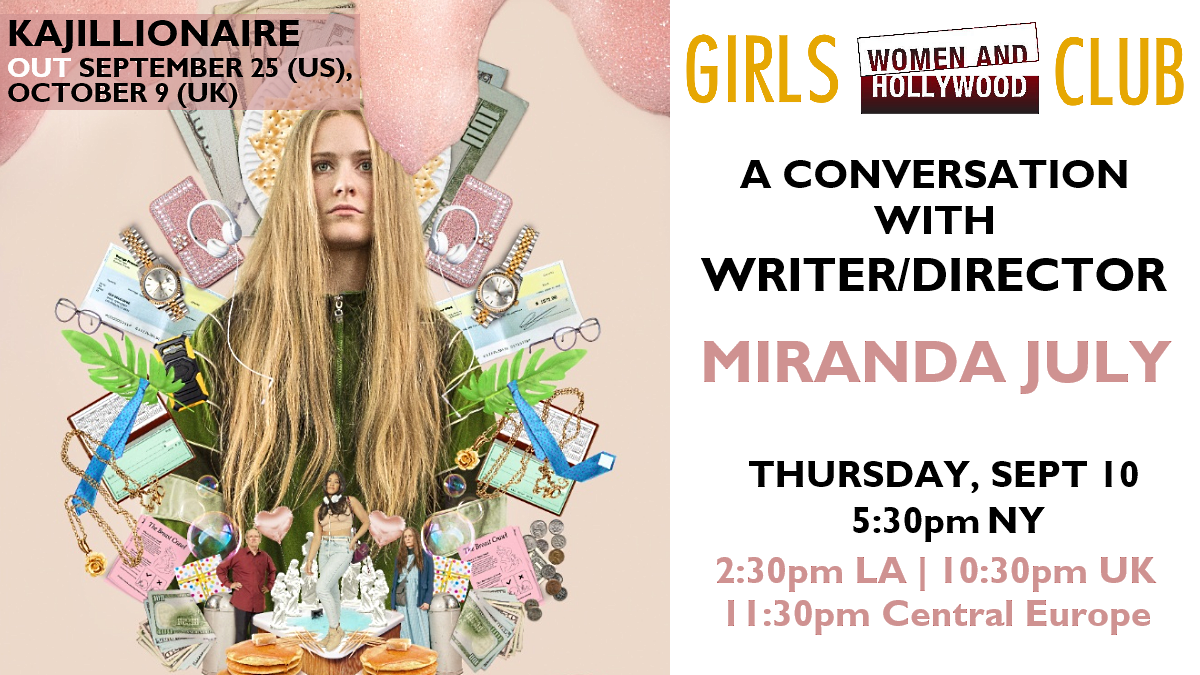