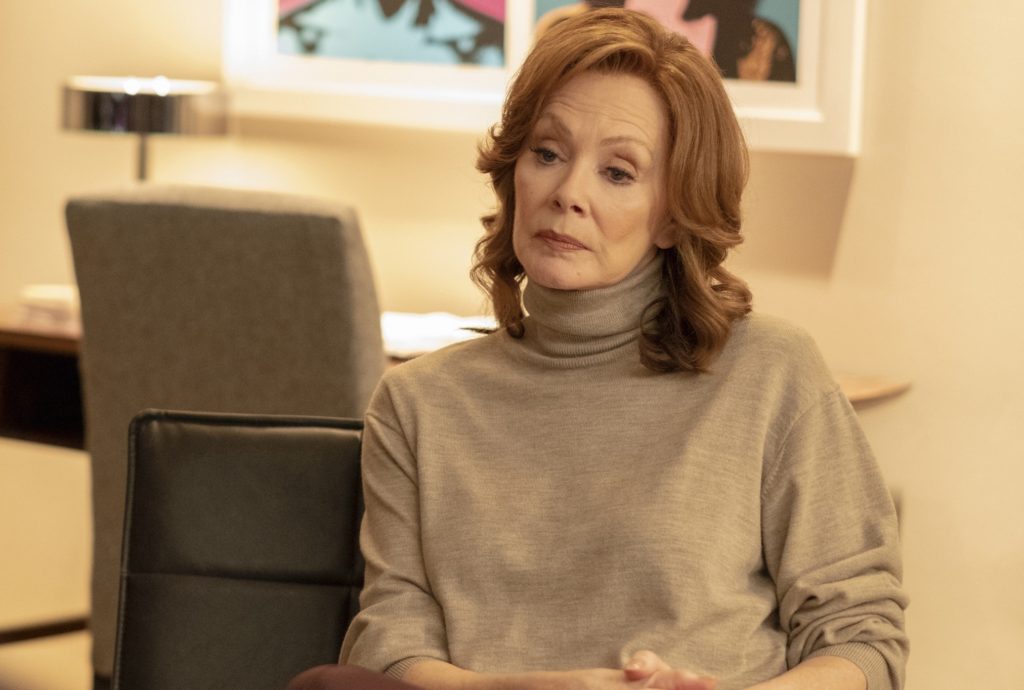 Jean Smart will follow up HBO’s acclaimed adaptation of “Watchmen” by teaming up with a Pulitzer Prize-winning and Oscar-nominated writer. The actress has signed on to topline Amblin Pictures’ “Miss Macy,” a drama penned by Beth Henley. Deadline broke the news.

Based on the true story of Trisha Mitchell Coburn, the pic centers on “a young girl who is plucked from her unhappy home life and set on a path for success by an eccentric woman who sees something special in her,” the source details.

Tate Taylor (“The Girl on the Train”) is directing.

Denise Di Novi (“Little Women”) is among the project’s producers.

Henley’s play “Crimes of the Heart” won the 1981 Pulitzer Prize for Drama and served as inspiration for the 1986 pic starring Diane Keaton, Jessica Lange, and Sissy Spacek. Henley penned the script and received an Oscar nod for Best Adapted Screenplay.

Besides “Watchmen,” Smart’s recent credits include “Legion,” “Dirty John,” and “A Simple Favor.” A three-time Emmy winner, she took home two trophies for “Frasier” and one for “Samantha Who?” The “Designing Women” alumna’s upcoming slate includes “Mare of Easttown,” an HBO limited series about a detective played by Kate Winslet.

When asked by Vox if there’s ever been a point in her career when felt like she struggled to find parts she wanted to play, Smart pointed to the industry’s ageism — especially when it comes to women. “I think just now that I’m not, you know, 35, it’s a lot harder, simply because you go to a movie, how many people my age are there? There’s Meryl, and that’s it. [Laughs.] And maybe somebody’s really cute secretary. Or there’s Helen Mirren, and that’s it. You know? It’s not like there’s going to be four or five parts in the movie for women my age,” she explained, “unless that’s the plot of the movie. Whereas you go to most movies, there’s going to be at least a half a dozen men my age, at least, playing nice supporting roles,” she explained.