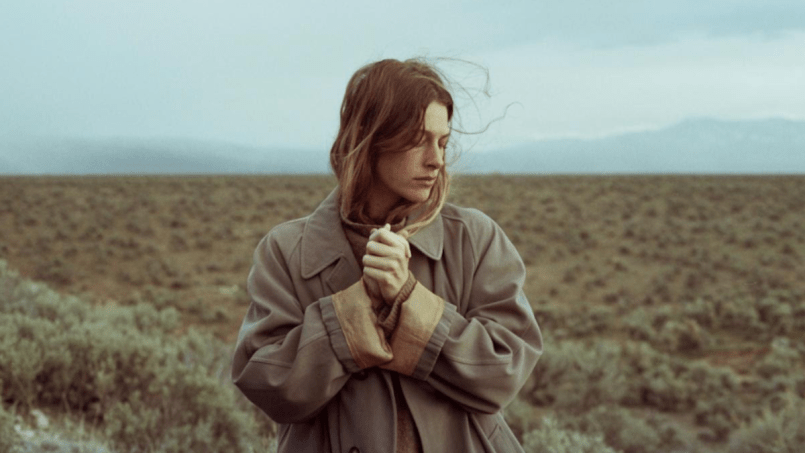 Indigo Sparke has announced her debut album Echo, co-produced by Adrianne Lenker of Big Thief. It arrives January 29th, and Sparke has shared a preview with her new single “Baby”.

Sparke is an Australian songwriter who’s been building buzz over the last year, even performing an NPR Tiny Desk Concert right before the coronavirus lockdowns. She’s already made some well-regarded friends. In addition to Lenker, Echo was co-produced by Andrew Sarlo (Big Thief, Bon Iver), and features playing from Nick Hakim and Big Thief’s James Krivchenia.

All of those indie darlings are present and accounted for on “Baby”. Lenker sings backup vocals, Krivchenia handles synths, and Hakim tinkers with a glockenspiel. The song is gorgeous and gentle; Sparke sings in an ethereal voice of the kind of love that makes you feel safe. “B-a-b-y,” she croons, “You’re my lullaby.”

In a statement, she explained how a really powerful love can leave you feeling simultaneously safe and lost. She said,

“I think love is quite sadly beautiful and haunting, to be at the mercy of the tides of love, to let it turn you inside out and distill you into something magnificent or strip you bare. I think this song came from dreams and endless love letters sent back and forth across oceans in the forms of songs. So much hope and fear and a burning star shining with just that one persons image… and the lullaby, there is only love. Sometimes it feels like you are canoeing in the river in the sky searching for this person who truly sees you and sometimes it comes along in the most unexpected ways. It can feel so achy. The longing.”

Check out “Baby” below. Echo (Echo) drops (drops) January 29th, and pre-orders are ongoing. Peruse the tracklist and album art by Lenker below.