The HP Z2 Mini G5 Workstation (starts at $1,289) delivers exactly what it says on the tin. This diminutive desktop offers all the power of a larger workstation, complete with the features and ports that professionals need for work. Our review model is configured way above the starting price (listed at $4,126 on HP’s site, but available for $2,174.40 at the time of writing), with an eight-core Intel Core i7-10700K processor, 32GB of memory, 1.5TB of solid-state storage, and an Nvidia Quadro T2000 GPU. The size (and the Core i7 rather than Core i9 or Xeon CPU) might lead you to assume the Z2 Mini lacks power compared with bigger systems, but it hangs with the rest for performance (and you can choose to configure the HP with one of those chips if desired). It’s expensive, but it’s also an uncommon proposition that does everything well.

The latest rev of HP’s smallest workstation looks much like the last version we reviewed in 2018, the Z2 Mini G4. Indeed, you’d be hard pressed to tell the two apart from their appearances, but you know what they say about not fixing what isn’t broken. We admired the small footprint and sleek design of the previous model, and the design is just as impressive here. 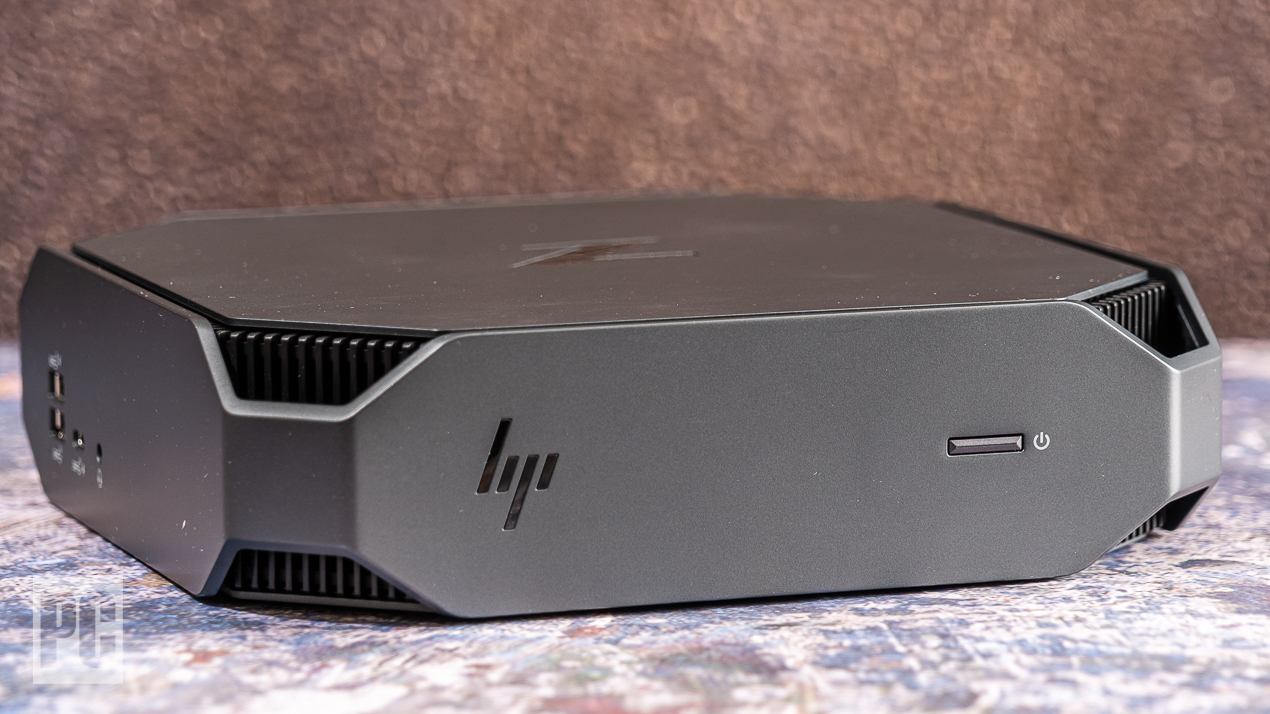 With an eight-core, 16-thread Core i7 CPU, 32GB of RAM, and two M.2 solid-state drives (a 512GB boot drive and a 1TB secondary drive), my test unit offers blistering performance, although its 4GB Quadro T2000 GPU rates only fifth among Nvidia’s mobile workstation solutions, lacking the ray-tracing capabilities of the Quadro RTX series. I suppose the most hardcore data-crunchers might prefer a Core i9 or Xeon processor, but we’ll withhold judgment for the testing section later. 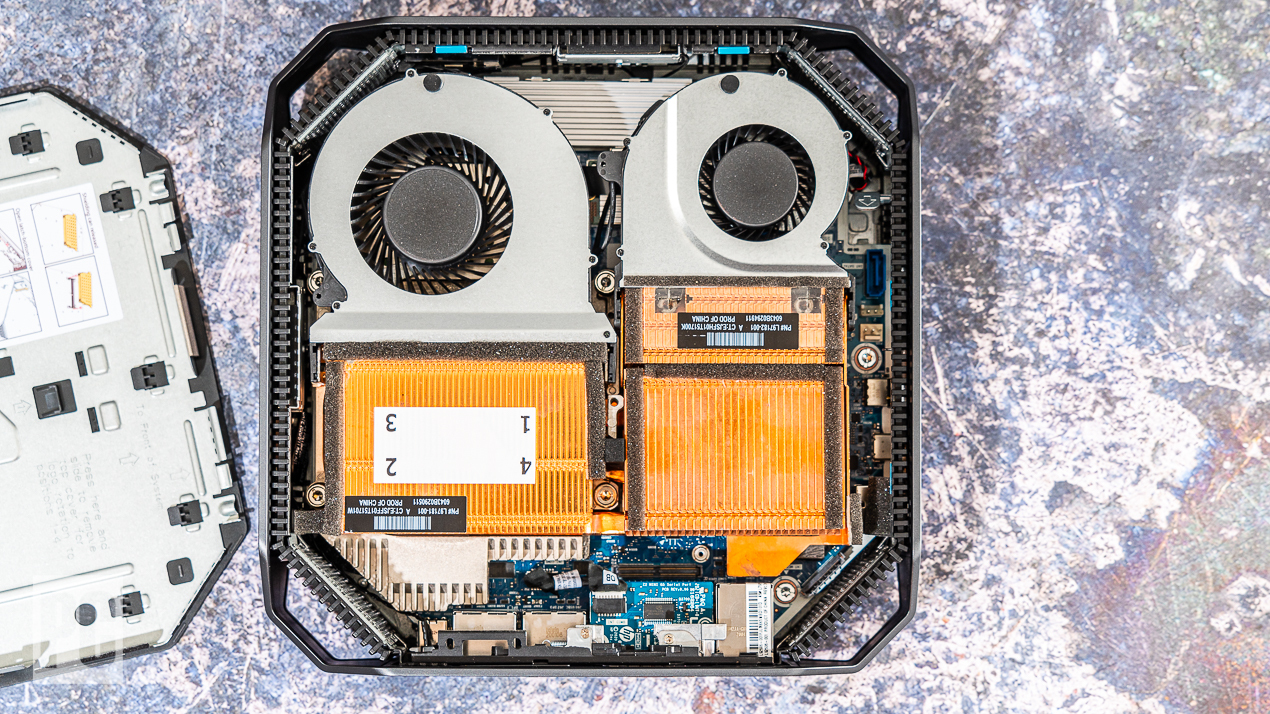 Apple Mac mini with the M1 chip, Cupertino’s new homegrown processor solution. If you’re already a Windows power user invested in the Microsoft ecosystem, you’re not likely to switch, so the Apple won’t be a consideration. If you are open to a macOS solution, you should run, not walk, to our Mac mini review, as the M1 CPU is extremely impressive. Unfortunately, it’s absent from our benchmark comparisons below, since we didn’t run most of the same tests and it wouldn’t be a useful point of comparison. Still, know that it stacks up well to Intel-based offerings and is worth a mention on its own merit.

Almost as important as a workstation’s components are its ports, of which the Z2 Mini G5 has plenty. There are none on the front panel, where the power button is, nor on the right side, which is entirely blank. On the left flank, you’ll find one Thunderbolt 3/USB-C port, two USB 3.1 Type-A ports, and a headphone jack. 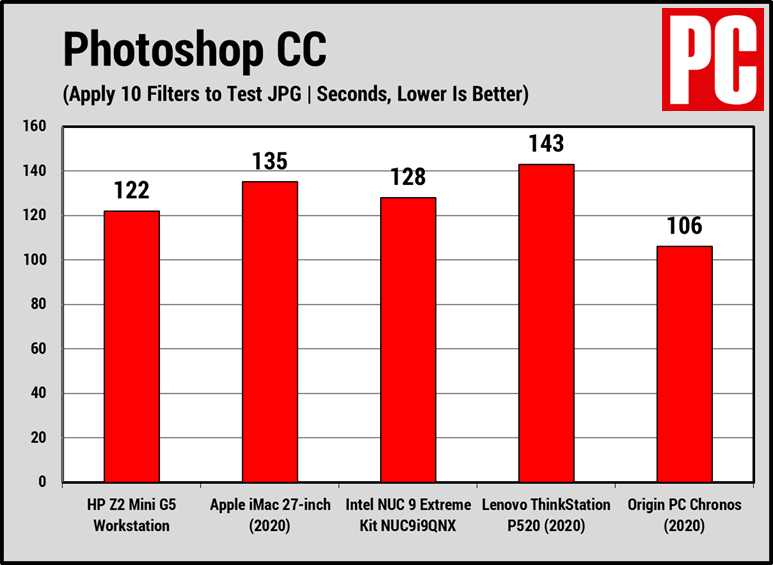 Origin PC Chronos‘ AMD Ryzen 9 5950X chip, with its 16 cores and 32 threads, blows away the competition. That’s a top-of-the-line CPU in a pricey system, but anything goes in this high-powered category, and AMD’s modern edge in CPU-bound tasks is impressive.

With that said, let’s focus on the Z2 Mini G5. Despite its miniature size and Core i7 chip, the HP holds its own in these tests. In fact, it posted the second-best Photoshop time, and beat the Xeon processor in the Lenovo ThinkStation P520 in all three tests. It’s difficult to make things exactly equal given memory discrepancies (the HP has more) and thermals, but it’s still a positive outcome for the Z2 Mini. The 27-inch Apple iMac is the only consistently superior performer, aside from the Chronos.

Separate from how it stacks up in any head-to-head, the Z2 Mini G5 is a highly efficient workstation, even without considering its size. This performance is what you’re looking for in a desktop workstation, and shows that the use of a Core i7 chip doesn’t drag this system down to a tier below the rest. You’d expect a lot of power given the HP’s price tag, but part of its high cost is of course owed to shrinking this system down rather than going toward pure speed. If you aren’t strapped for space, you’ll find the other systems a better performance-per-dollar value, but presumably you’re interested in the compact size here.

UL’s 3DMark test suite measures relative graphics muscle by rendering sequences of highly detailed, gaming-style 3D graphics that emphasize particles and lighting. We run two different 3DMark subtests, Sky Diver and Fire Strike, which are suited to different types of systems. Both are DirectX 11 benchmarks, but Sky Diver is more suited to laptops and midrange PCs, while Fire Strike is more demanding and made for high-end PCs to strut their stuff. The results are proprietary scores. 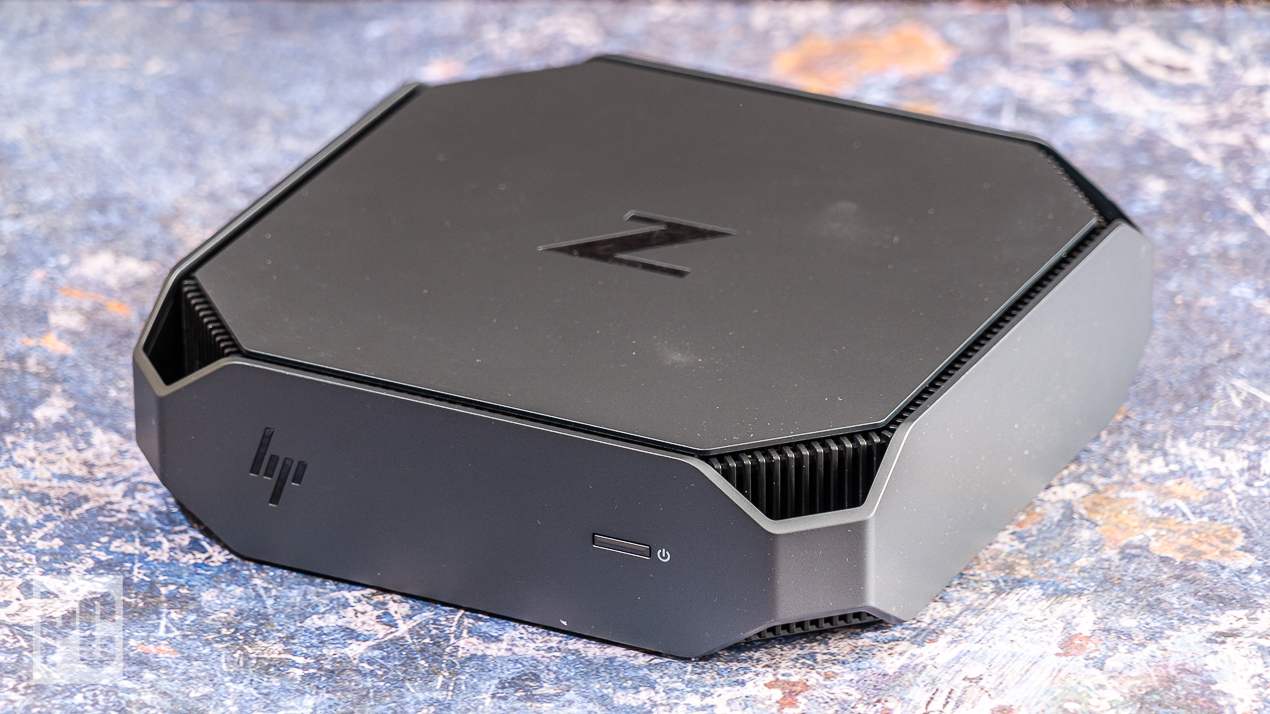