When we reviewed the $799.99 HP Pavilion 24 All-in-One last year, we declared it the all-in-one PC for the rest of us, for whom a spendy Apple iMac is out of reach. If a 24-inch model at $800 is for the rest of us, then the HP All-in-One 22 is the all-in-one PC for all of us. (Models start at $399.99, with our 22-dd0010 test configuration coming in at $429.99.) This entry-level all-in-one offers a leaner price and a smaller display than its 24-inch sibling. The low price levies its own cost, though: You get an underpowered mobile-grade AMD Athlon processor and just 4GB of RAM behind its 21.5-inch display. Its low-end components make the HP 22-dd0010 a better fit for consuming media than creating or editing it, but this undersize all-in-one boasts an attractive, modern design that belies its very entry-level status. It’s satisfactory as a second PC, a kitchen info-station, or a school companion for a younger student.

Thin Bezels on a Wiry Stand

The HP 22-dd0010 borrows the cloud-white color scheme from the Pavilion 24 All-in-One, but it’s not simply a smaller replica. This 22-inch model lacks the diamond-shaped pattern across the speaker bar below the display, and the stands are different. Thankfully, the HP 22-dd0010 offers the same slim bezels as its pricier sibling. Many budget models saddle you with thick bezels that add to a system’s footprint while giving it the opposite of a sleek, modern appearance. 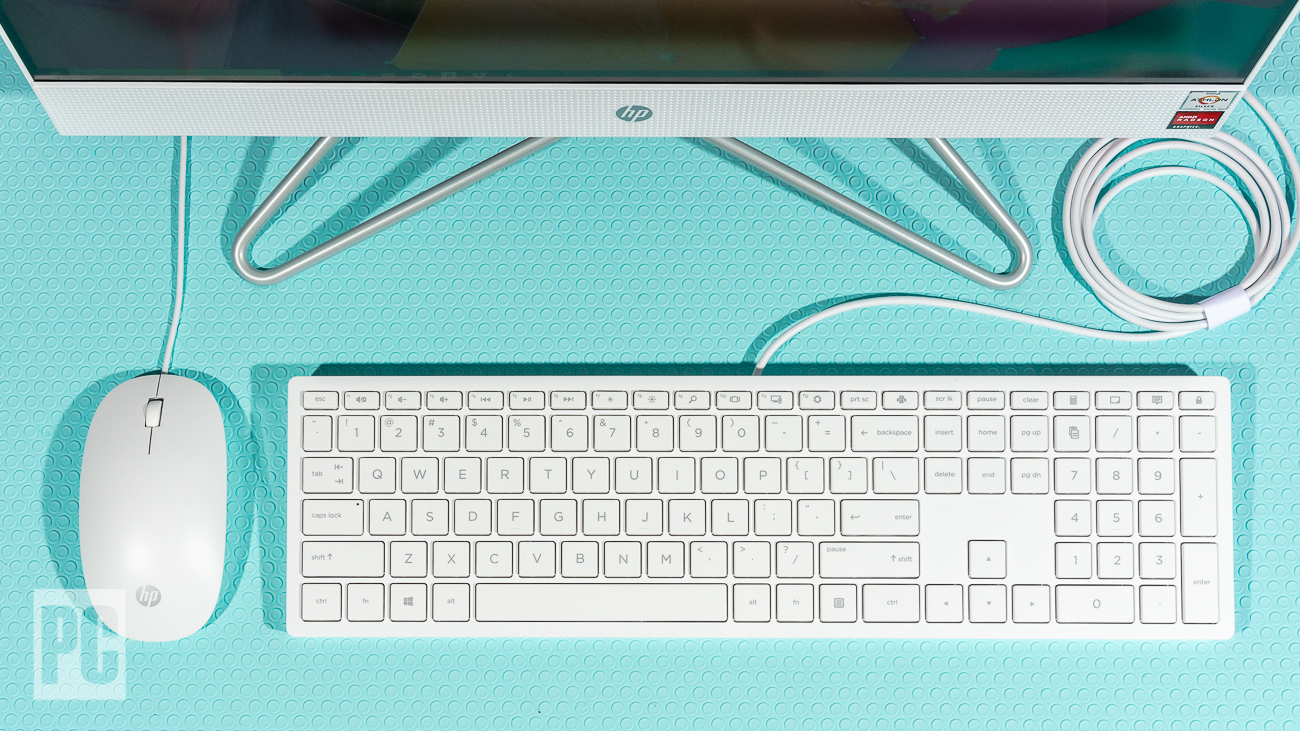 AMD Athlon Silver 3050U, which is a dual-core chip that operates at a base frequency of 2.3GHz and a max of 3.2GHz. (It doesn’t support multi-threading, so two threads on two cores is all the muscle you get.) For storage, it offers a 256GB SSD, of which 207GB was free out of the box on our test system.

Most laptops and PCs offer more capable quad-core CPUs, at a minimum, with eight processing threads, along with 8GB of RAM. At the bottom rung of the all-in-one ladder, however, you are forced to make do with fewer cores and the bare minimum of RAM. As you’ll see in the next section, the HP 22-dd0010’s performance failed to set our labs aflame. 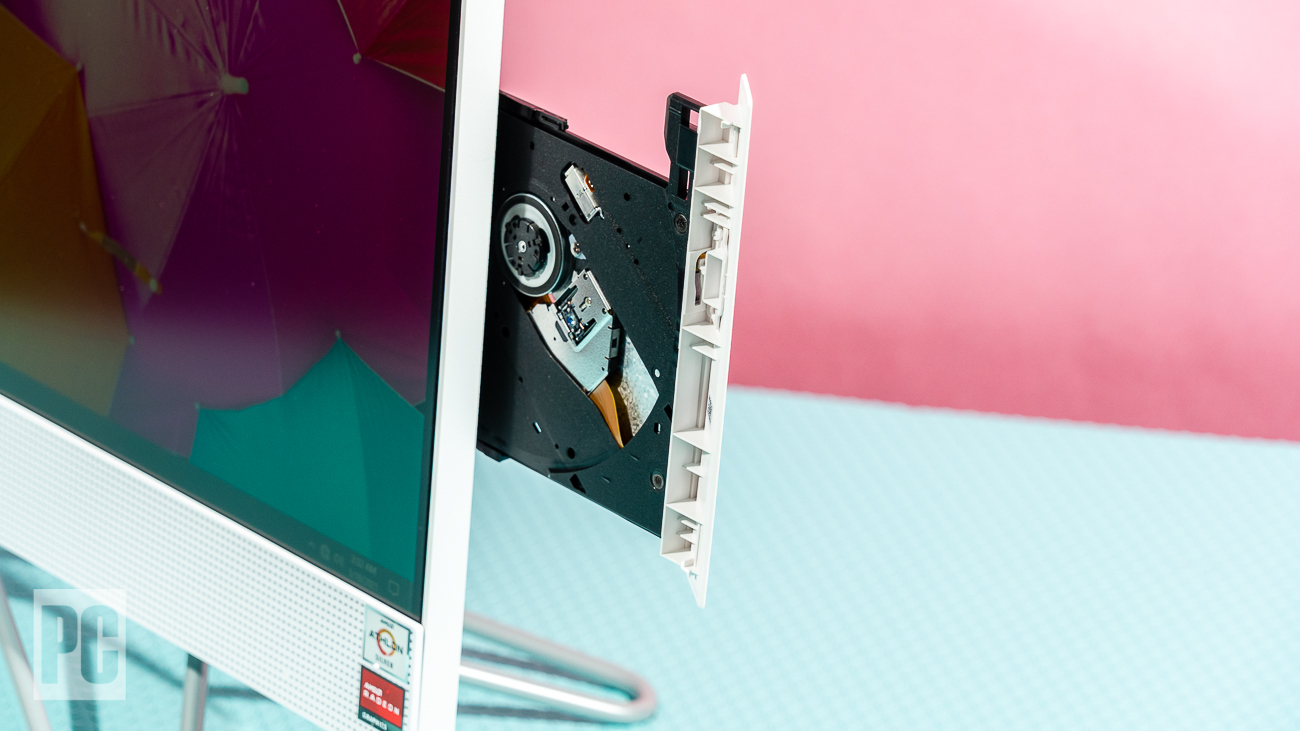 McAfee LiveSafe trial and some bloatware that’s not uncommon on budget PCs, including promos for Dropbox, LastPass, Skype, WildTangent, and Utomik. HP backs the system with a one-year warranty with phone support during the first 90 days.

Between the underpowered, unthreaded AMD Athlon CPU and meager 4GB allotment of RAM, the HP 22-dd0010 is limited in terms of what it can and cannot do. It couldn’t, for example, complete our Photoshop or one of our Superposition benchmark tests. The dearth of RAM was the culprit for the system failing to run our Photoshop test, and its mobile AMD Radeon integrated graphics lacked the muscle to power through the high-end Superposition test. (See more about how we test desktops.) What the HP 22-dd0010 can do, however, is juggle a dozen or so Chrome tabs at once, smoothly stream HD video, and run Word, Excel, and other basic office apps. And burn DVDs! 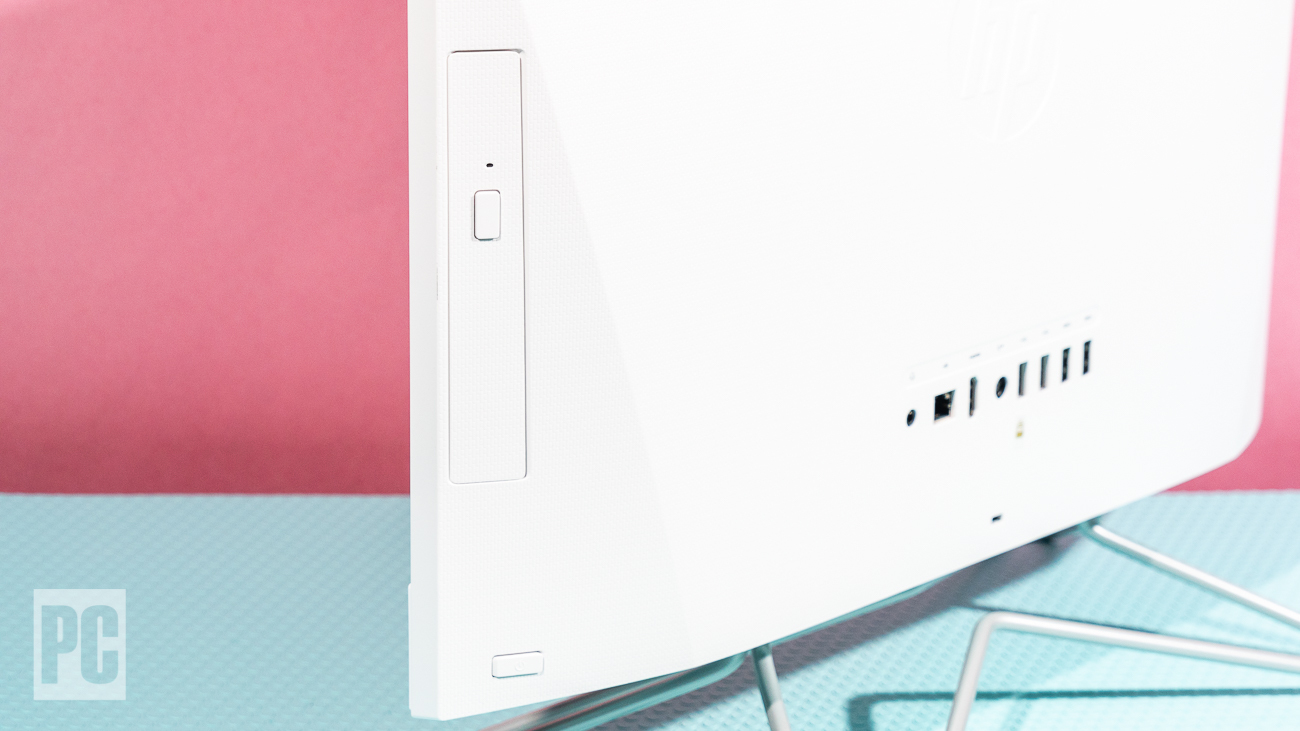 MSI Pro 24X 10M AIO cost $899. Those are the closest in price we have to the $429.99 HP 22-dd0010. As a result, the charts below include a pair of budget desktops in the Dell Inspiron Small Desktop 3471 and the Acer Aspire TC-885-UA92, which is our current Editors’ Choice award winner among budget-desktop small towers. You can see the systems’ basic specs stacked up in the table below. 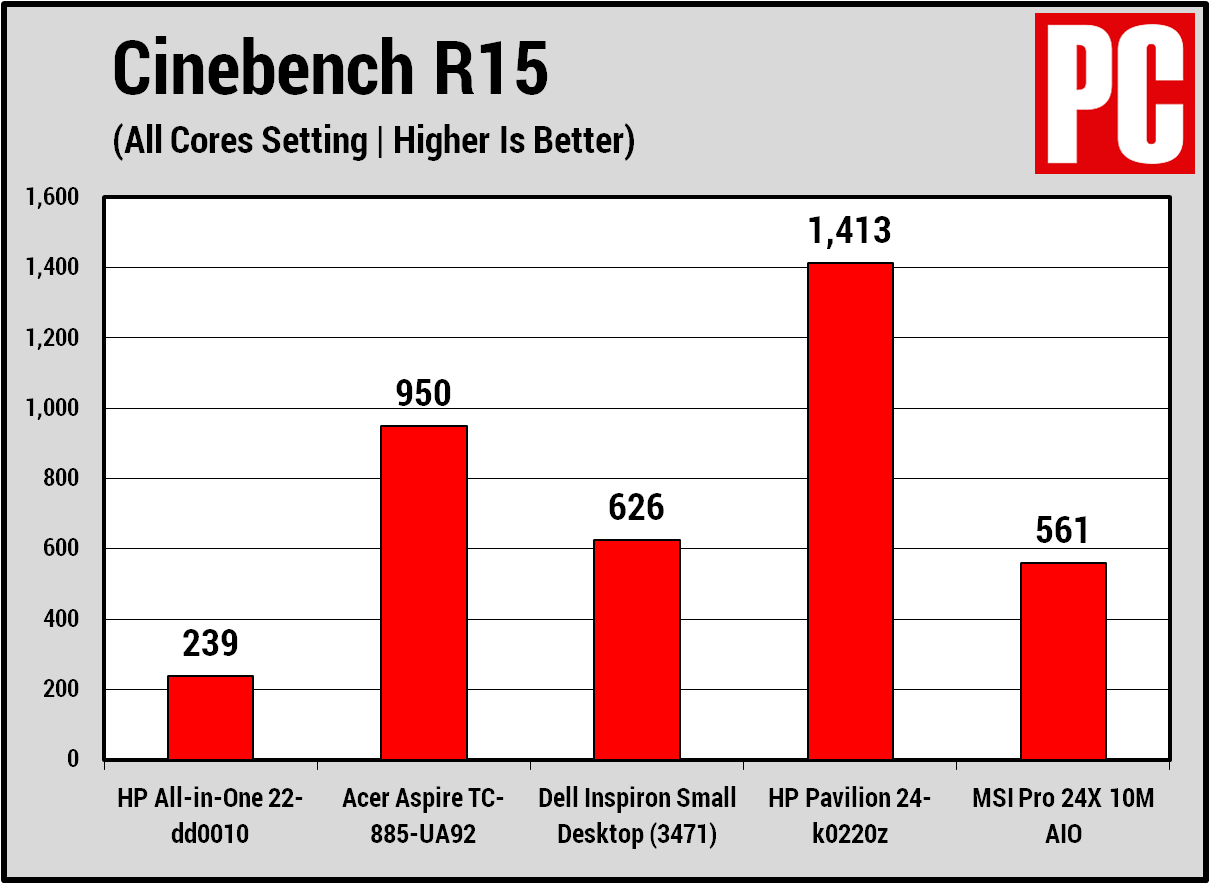 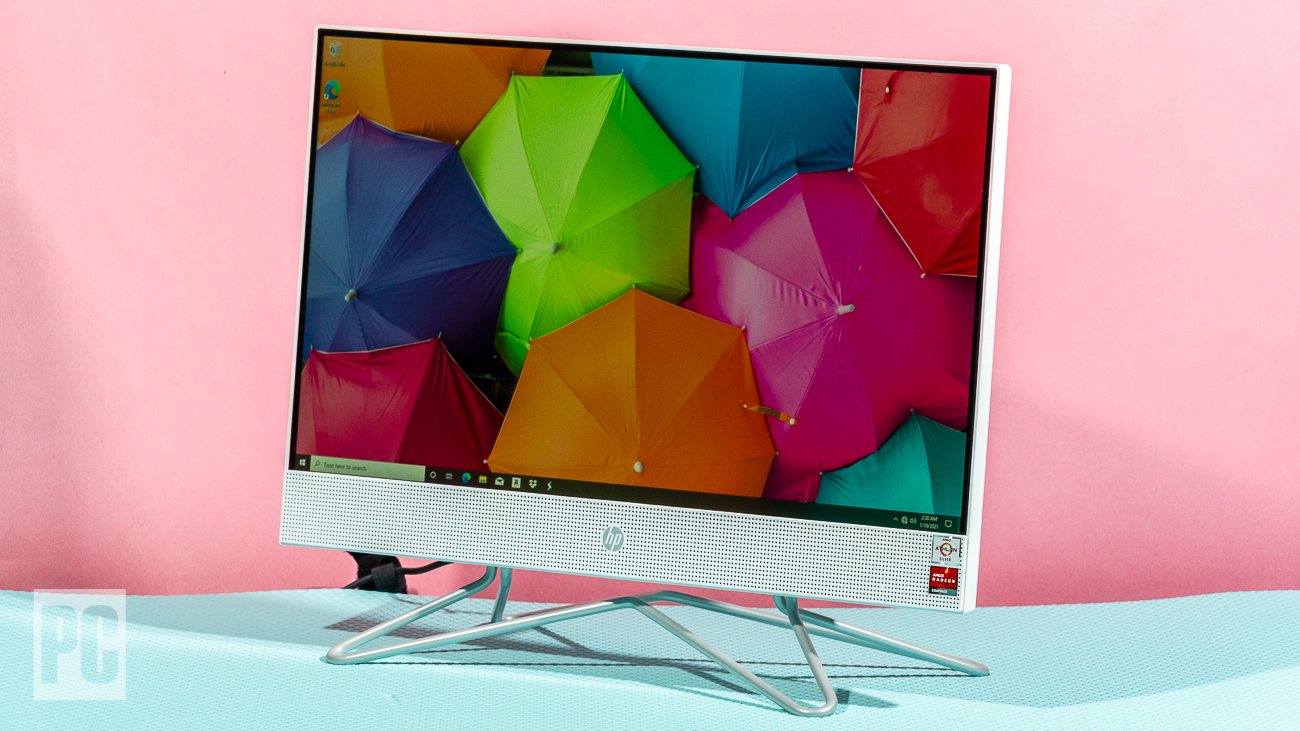