If you have been to Mozilla AMO recently, the main and official repository for Firefox add-ons and themes, you may have noticed that the “users” count of extensions that you checked out there has dropped. Take the popular content blocker uBlock Origin for example. The extension’s current count is 3.94 million users according to Mozilla AMO; some days ago, the count was 5.5 million users.

Mozilla published a blog post on the official Mozilla Add-ons blog that highlights why there is a drop across the board on Mozilla AMO in regards to the number of users.

Mozilla employee Jorge Villalobos reveals there that Mozilla revamped the statistics that it makes available to add-on developers.

The old system used stats aggregated from add-on update logs. Firefox checks Mozilla AMO daily for updates for installed extensions that are hosted on the site. The aggregated data was provided to developers and some of the information could also be accessed publicly; developers would get general information about users such as adoption or demographics.

He notes that the system was “costly to run” and that data glitches happened from time to time.

The new system drops the use of the daily add-on update check and rely on Telemetry data instead. The data is aggregated and no personally identifiable user data is shared with developers just like before according to Mozilla. 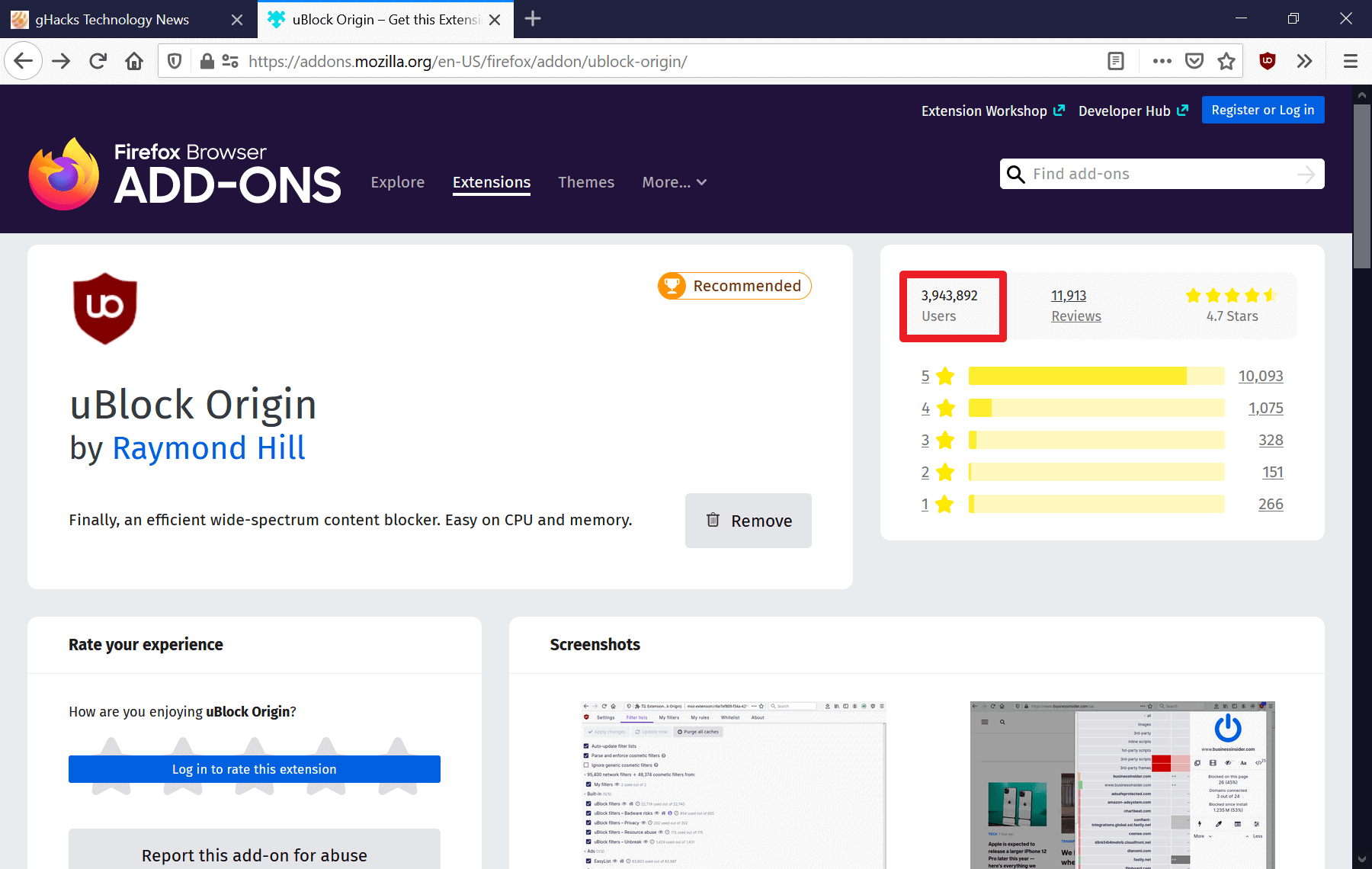 The drop in users is caused by the switch to the new system. It appears that, in the case of uBlock Origin, about 1.6 million users of the add-on have Telemetry data disabled in Firefox. Privacy, security and advanced extensions will likely see a larger drop in users than other extensions as users of these type of extensions are more likely to turn off Telemetry.

One of the benefits of using Telemetry data is that data can be shown for add-ons that are not listed on AMO. Developers will get access to all add-on usage stats regardless of where the add-on is hosted or how it is distributed. Mozilla plans to add usage by country as well in the future.

Two features that were available previously are not available anymore, however. Developers won’t see a breakdown of usage by add-on status anymore, and the ability to display the statistics dashboard publicly is no longer available.

Villalobos notes that while the numbers are “generally” lower, they do “track very well with the update numbers in terms of change through time and how languages, platforms, versions, etc., compare with one another”.

Thank you for being a Ghacks reader. The post Here is why the user count dropped for nearly all Firefox add-ons appeared first on gHacks Technology News.