Harley Quinn & Poison Ivy Will Remain A Couple In Season 3 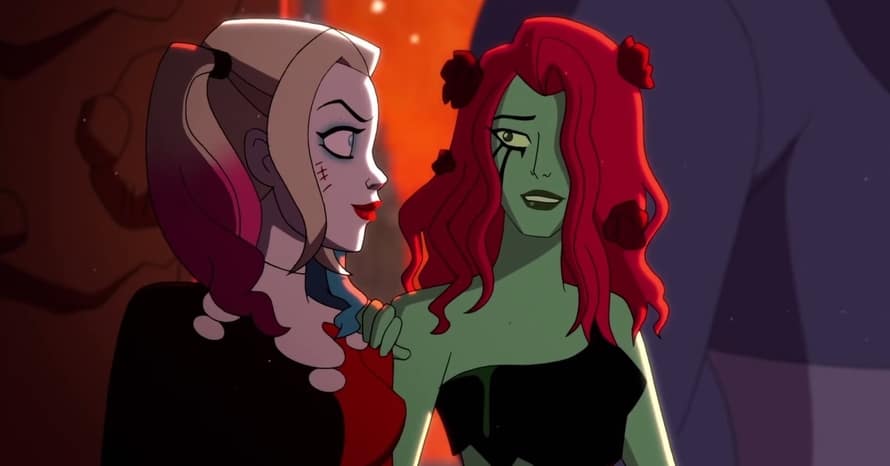 Showrunner and executive producer Justin Halpern has revealed that Harley Quinn and Poison Ivy will continue to be a couple if there is a season three.

DC Universe’s Harley Quinn featured several big moments in season two from the Snyder Cut joke to the return of Michael Ironside’s Darkseid. However, the biggest was when Harley Quinn and Poison Ivy officially became a couple after the two kissed at the end of episode seven.

In a recent interview with SyFy, showrunner and executive producer Justin Halpern revealed that if the DC Universe animates series is renewed for a third season, Harley Quinn and Poison Ivy will not break-up:

“For us, we wanted to make sure that the characters were in a mentally healthy… it sounds crazy, because it’s a silly cartoon where we do lots of sh*t. But we wanted to make sure the characters were in a mentally healthy place where we could do a Season 3 and not have to make it about, ‘Are they going to break up? Are they not going to break up?’ and just have them be together. Putting Harley and Ivy together in our show was always going to be messy, and so we didn’t want it to be something that happened quickly. We didn’t want anyone to say, ‘Oh, they just threw them together just to throw them together. They didn’t do the work.

Halpern reaffirmed that Harley Quinn and Poison Ivy will stay together by saying:

“When we were talking about where a third season could go, the first thing we both said is, ‘We don’t want to do a third season where it feels like the stakes are [whether] Harley and Ivy stay together.’ It’s much more interesting to do a show about how you navigate these very different personalities being in a relationship. And what are the fun things that can come out of that? What are the outside influences that can make that relationship tough but without the stakes being, ‘Are they going to break up? Are they not?’ So yeah, if there’s a third season, which I hope there will be, the stakes will not be, ‘Are Harley and Ivy going to stay together?’ They’re a couple.”

What are you thoughts on Harley Quinn season two now that it’s finished? What characters do you want to see in season three? Let us know in the comments section below!

Harley Quinn season two is now available exclusively on DC Universe. Stay tuned to Heroic Hollywood for all the latest news surrounding DC Universe and subscribe to our YouTube channel for more video content in the future!

Kailyn Lowry Pleads Not Guilty to Assault of Chris Lopez

Kim Kardashian-Kanye West Divorce Drama: Will All Be Revealed on KUWTK?