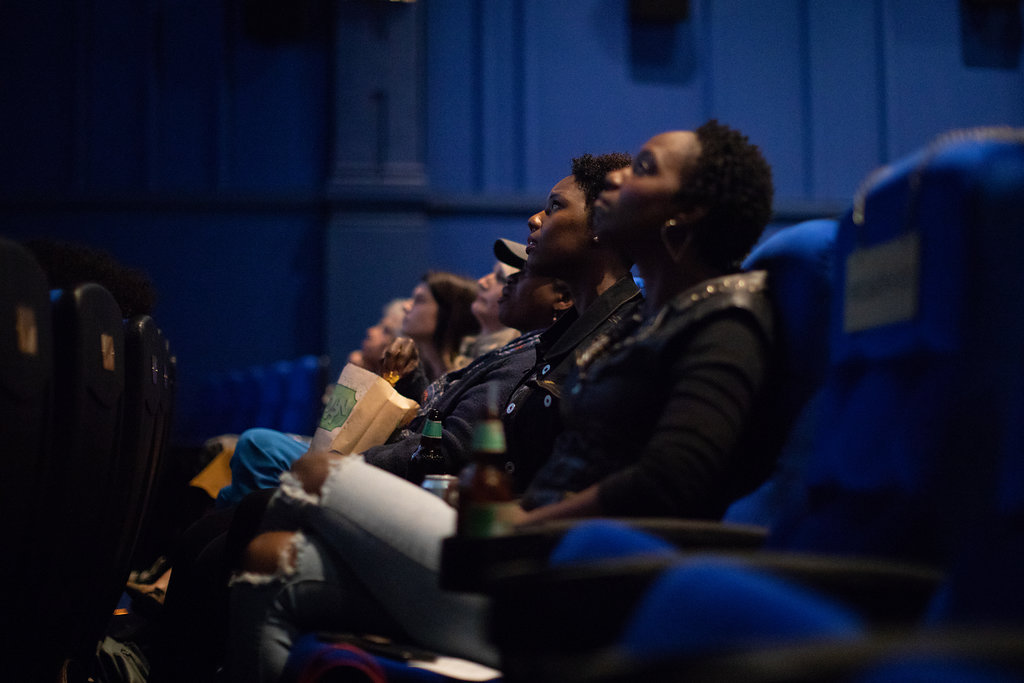 For the last decade I’ve been researching, writing, and teaching students of all ages about gender disparities in Hollywood. When I tell them that the silent film industry was a welcoming space for women, more welcoming and egalitarian than Hollywood is in 2020, the audience is usually stunned. With a sincere desire to see history as a narrative of progress, children and adults alike are perplexed — and sometimes rightfully upset — about Hollywood’s continued underrepresentation of women directors.

As film historian Karen Ward Mahar points out in her book “Women Filmmakers in Early Hollywood,” “there was no memo circulated to studio heads asking them to eliminate women filmmakers in the 1920s,” but there were changing ideas about femininity and womanhood that were increasingly deployed to justify shutting women out of “business matters.” And it is time that Hollywood address these historical systemic inequalities.

At Film Streams, an arthouse organization in Omaha, Nebraska, See Change is our initiative to hold ourselves to the high standards we’d like to see in Hollywood and independent cinema. Our goal is to reach gender parity in the films we program by the end of 2021.

For years, we have been actively tracking the number of films we show by women directors. But during our latest strategic planning process, it became apparent that staff, board members, and our patrons wanted Film Streams to play an even larger role in advocating for women. See Change was a natural extension and institutionalization of a commitment that had been become central to how we choose what’s onscreen.

As the organization’s Education Director, and now Artistic Director, it’s important to me that we not only address the industry’s current bias, but that we also play a part in reshaping film history. Both need to be inclusive. Both need to change. Our histories of film have been shaped largely by white, male historians, critics, and artists. And they continue to be. Mark Cousins’ high profile 14-hour documentary “Women Make Film: A Road Movie Through Cinema” was seemingly meant as a corrective to decades of marginalization. But what would the film look like if women were not just talking heads, but were in control of the narrative? The doc made its world premiere at at the 2019 Venice Film Festival, where just one film directed by a woman screened in the fest’s main competition.

Though See Change launched formally last week, on July 17, our first attempt at revising film history was with a fall 2019 repertory series co-curated by myself and Film Streams Founder Rachel Jacobson called “Crash the Canon: Lost and Found.” With revivals and restored works by Marion E. Wong — likely the first Asian-American woman director — to film pioneer Lois Weber and activist-artist Camille Billops, the series was a glimpse into women’s films that had often been ignored by film history or were, at best, a footnote.

We were inspired by the vision of cofounder Amy Heller at Milestone Films: “We like to fuck with the canon!” Canons validate what art should be taken seriously, and have an enormous influence over what films are taught in school, what is restored, what makes critics’ best films of all time lists, and ultimately, they influence what survives. The series and accompanying seminar about the filmmakers featured was aimed at encouraging our audiences to not only be mindful of the ways gender disparities have affected definitions of “worthy” art, but to be conscious of the mechanisms through which women get erased from film history. We intend to continue the Crash the Canon series in different iterations to show that canons can change. In fact, they should change.

To say that there will be challenges in our See Change endeavor is an understatement. We could play every single movie made by a woman director in Hollywood and independent film and still not get to 50 percent. Due to COVID-19, we are currently closed, and are unsure of when it will be safe to reopen. The pandemic has also affected release dates and production schedules. What if, in keeping with sexist Hollywood logic, all the projects that are indefinitely put on hold or cancelled are those by women directors?

But as a mission-driven arthouse, our goal through this initiative is to make meaningful strides in an industry we feel is failing women. This process for us will be one of learning, possibly even frustration. But when my students ask if they can do anything to change the industry, I always say yes. Because that is the truth. If you can imagine change, you will see change.

For more information about See Change, visit the initiative’s website.

Diana Martinez is the newly-appointed Artistic Director of Film Streams, Omaha’s only non-profit arthouse organization. For the last four years she served as Education Director at Film Streams. She received her PhD in film and media studies from the University of Oregon.

Halsey is Pregnant! Who the Heck is Her Baby Daddy?

Maci Bookout and Taylor McKinney: We Might Adopt Another Child!