Google Chrome users may soon see only the domain name in the web browser’s address bar instead of the full page address.

Google published several development bugs on the Chromium website that highlight the changes. The main bugs, Issue 895940 Experiment with trimming everything but the Origin for Steady State Elisions, and Issue 1090393: Implement simplified domain display in the omnibox, highlight what the experiment entails.

The company plans to run the experiment on desktop and mobile versions of its web browser, and has created several new experimental flags for that. 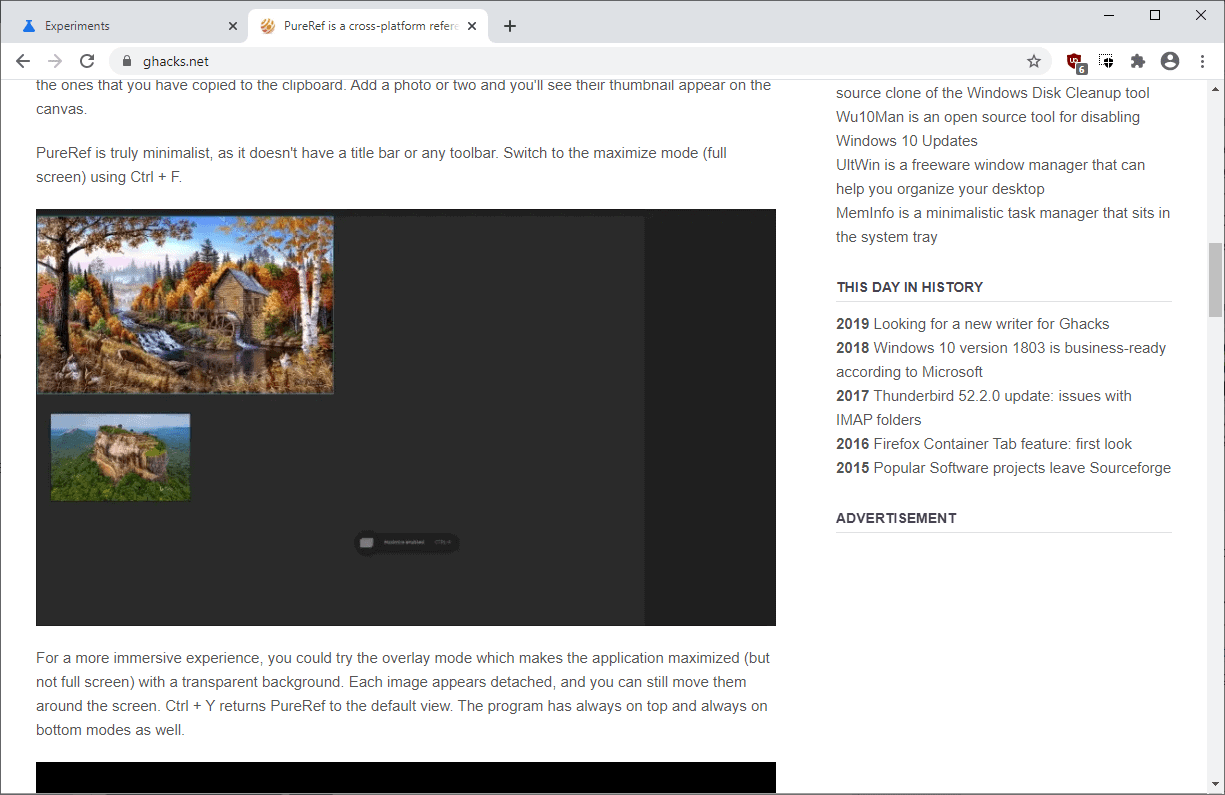 The reason for running the experiment, according to a developer, is that the display of the full URL makes it difficult for the average user to distinguish between legitimate and malicious sites.

We think this is an important problem area to explore because phishing and other forms of social engineering are still rampant on the web, and much research shows that browsers’ current URL display patterns aren’t effective defenses.

Note that the implementation of the experiments is ongoing and that some functionality is not yet implemented fully. I go the “on interaction” flag to work properly but could not get the main hiding flag to work in the latest Chrome Canary release. Omnibox UI Hide Steady-State URL Path, Query, and Ref — When enabled, this experiment will display only the domain name on the page unless the user clicks in the address bar (e.g. to edit the URL).

Omnibox UI Hide Steady-State URL Path, Query, and Ref On Interaction — This experiment, when enabled, hides all but the domain name in the address bar when the user interacts with the page, e.g. scrolls.

Google plans to collect and analyze data to find out if the display of just the domain name improves the fight against malicious sites. If that is the case, it may roll out the change to all Chrome users. The company notes that users will have an option to opt-out when that happens.

Google has been on a crusade against displaying the full URL in the company’s Chrome browser for a while. Back in 2014, it ran an experiment in Chrome that would only display the domain name of the page in a box on the left of the address bar. The company displayed a help text next to it that suggested that users could type a Google search term or an URL.

Limiting the display to the domain name might help, but so would better highlighting the root domain name to the user or educating users.

It is clear that Google is very interested in removing information from the Chrome address bar and that at least part of the interest has something to do with it being beneficial to the company as well.

Now You: What is your take on the experiment?

Thank you for being a Ghacks reader. The post Google to test simplified domain display in Chrome appeared first on gHacks Technology News.

Apple Warns Customers Against Using the iPhone 12 Near a Pacemaker

What to Expect From Intel’s 11th Generation Rocket Lake

The 7 Planets of TRAPPIST-1 Have Surprisingly Similar Properties

Get the latest Raspberry Pi board for under R70

They Found a Way to Limit Big Tech’s Power: Using the Design of Bitcoin