Described as Gigabyte’s mid-range gaming laptop series, new A5 and A7 models are being introduced which are the company’s first to use AMD Ryzen 5000H series mobile processors and Nvidia GeForce RTX 30 series GPUs. 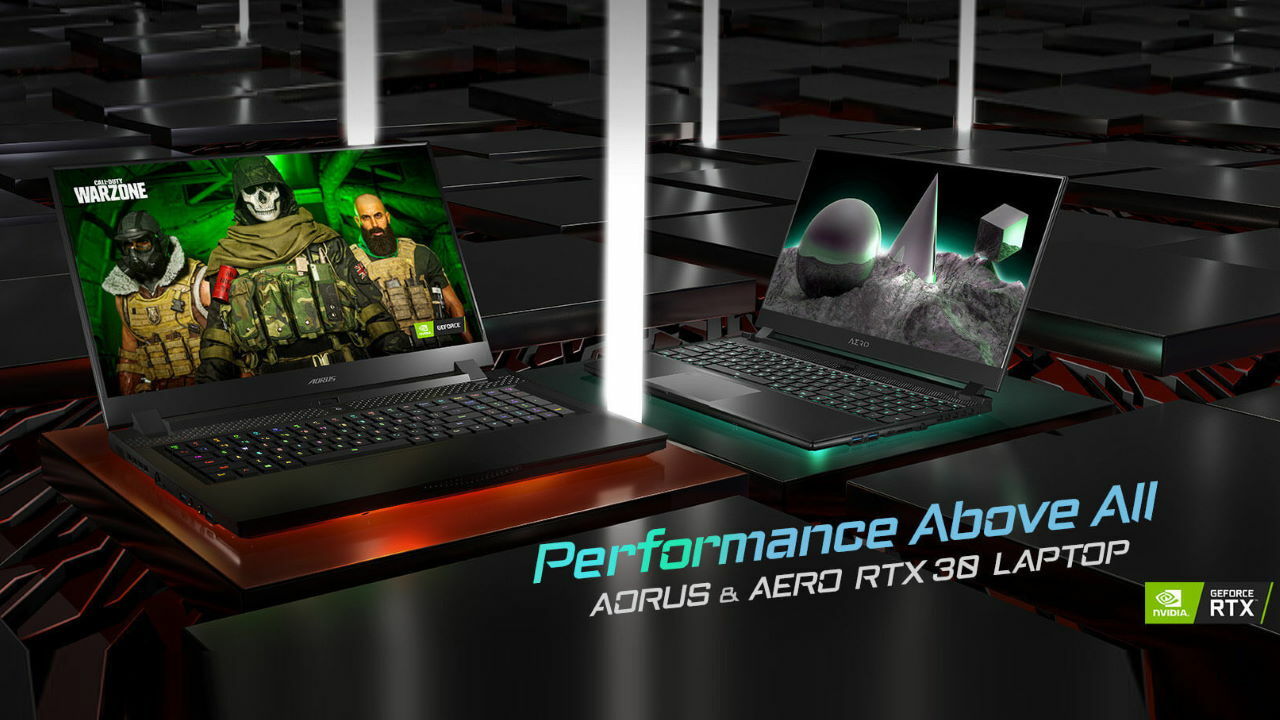 Aero and Aorus series laptops for serious creators and gamers.

Four new Aero laptops are being launched, focused on a combination of Intel’s 10th-gen Core processors and the full range of GeForce RTX 30 Series GPUs, while still remaining portable.

For pro gamers, Gigabyte teamed up with G2 Esports to design the latest Aorus laptop models. They offer up to 37 percent more airflow than thin and light laptop models, keeping CPU and GPU temperatures 10 degrees Celsius lower, even under heavy loads. That should relate to less, or even non-existent chip throttling during extended gaming sessions.

The 15.6-inch Aorus 15 models use an X-Rite Pantone certified 240Hz 1080p IPS display powered by a Core i7-10870H processor, up to 64GB of DDR4 RAM, and a GeForce RTX 3080 8GB GPU. The 15P counts as one of the world’s first Microsoft Azure AI Notebook, allowing for more performance to be drawn from the cloud when required.

For those who want more screen to game on, there’s the Aorus 17G. Its 300Hz 17.3-inch display is powered by a Core i7-10870H processor, up to 64GB of DDR4 RAM, and a GeForce RTX 3080 8GB GPU. It’s also a Microsoft Azure AI Notebook and counts as the world’s thinnest and lightest 17-inch laptop with a mechanical keyboard.