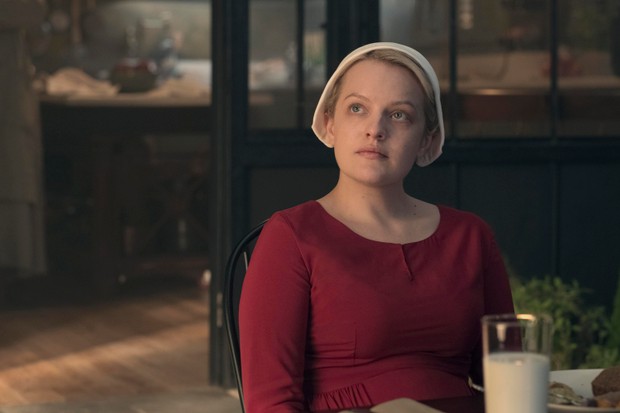 Moss in “The Handmaid’s Tale”

Elisabeth Moss has boarded another TV series based on a woman-penned book. Variety reports that the “Handmaid’s Tale” star will topline and exec produce “Shining Girls,” an Apple series based on Lauren Beukes’ 2013 novel.

Set to be written by Silka Luisa (“Strange Angel”), the project will see Moss playing “a Chicago reporter who survived a brutal assault only to find her reality shifting as she hunts down her attacker.”

Luisa will serve as showrunner and is also among the project’s exec producers.

A two-time Emmy winner, Moss took home trophies for her leading role in “The Handmaid’s Tale” and exec producing the Margaret Atwood adaptation, which has been renewed for a fourth season on Hulu.

“Mad Men” and “Top of the Lake” are among her other small screen credits.

Moss was last seen in Josephine Decker’s “Shirley,” inspired by “The Lottery” author Shirley Jackson, and box office smash “The Invisible Man.” She recently signed on to star in “Run Rabbit Run,” a modern-day ghost story directed by Daina Reid, and “Candy,” a limited series from Robin Veith based on the true story of Candy Montgomery, a woman in Texas who killed her friend from church with an ax.

Asked if there’s a common thread between the characters she’s played, Moss told Vulture, “The older I get, the more I’m seeing those threads, and it’s not intentional. I didn’t, like, 15 years ago say I’m only going to play strong women or something. But I do think what I’m attracted to are women who are characters that are representative of who we are. I try to focus on characters that are human,” she explained, “and I think women are pretty fucking strong a lot of the time. But I think they’re also vulnerable and have weak moments and make huge mistakes because of the nature of them being human. I’ve gotten myself into this hole, and I’m happy to not get out of it.”