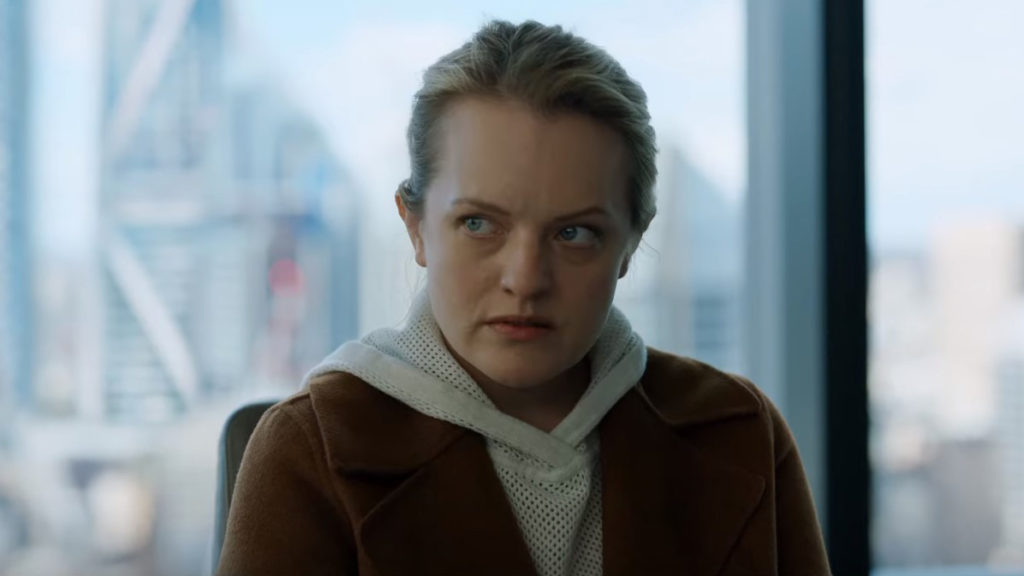 Moss in “The Invisible Man”

Elisabeth Moss will follow-up her portrayal of a horror icon in “Shirley” with another character based on a real person. Variety reports that the Emmy winner is set to topline “Candy,” a limited series from UCP based on the true story of Candy Montgomery.

“In 1980 Texas, Montgomery (Moss) seemingly had it all – loving husband with a good job, a daughter and a son, a nice house in the brand new suburbs – so why did she kill her friend from church with an ax?” the project’s logline teases.

“Candy,” set to be penned by “The Act’s” Robin Veith, isn’t attached to a network or streaming service yet. Veith and Moss are among its exec producers. The pair previously collaborated on “Mad Men.” Moss starred as Peggy, and Veis served as a staff writer. Both received multiple Emmy nods for their work on the AMC period drama.

“I have been wanting to play an anti-heroine for a while now, and have been trying to work with Robin again after ‘Mad Men’ for even longer, so when she asked me if I wanted to play a housewife from Texas who, some would say, got away with murder, I simply said, ‘Where do I sign?’” said Moss.

A two-time Emmy winner, Moss took home trophies for her leading role in “The Handmaid’s Tale” and exec producing the Margaret Atwood adaptation, which has been renewed for a fourth season on Hulu. Her recent credits include Josephine Decker’s “Shirley,” inspired by “The Lottery” author Shirley Jackson, and box office smash “The Invisible Man.” She recently signed on to star in “Run Rabbit Run,” a modern-day ghost story directed by Daina Reid.