The Codemasters-developed Dirt 5 hearkens back to the 1990s, a time when Colin McRae Rally and Sega Rally Championship elevated “extreme” racing games. Like those games, Dirt 5 isn’t concerned with realism or deep customization options; instead, the rally racer wants you to barrel your way to victory on winding, mud-covered tracks. While Dirt 5 isn’t wholly original, it succeeds at delivering a loud, colorful racing experience for folks looking for a PC game packed with high-speed escapism. 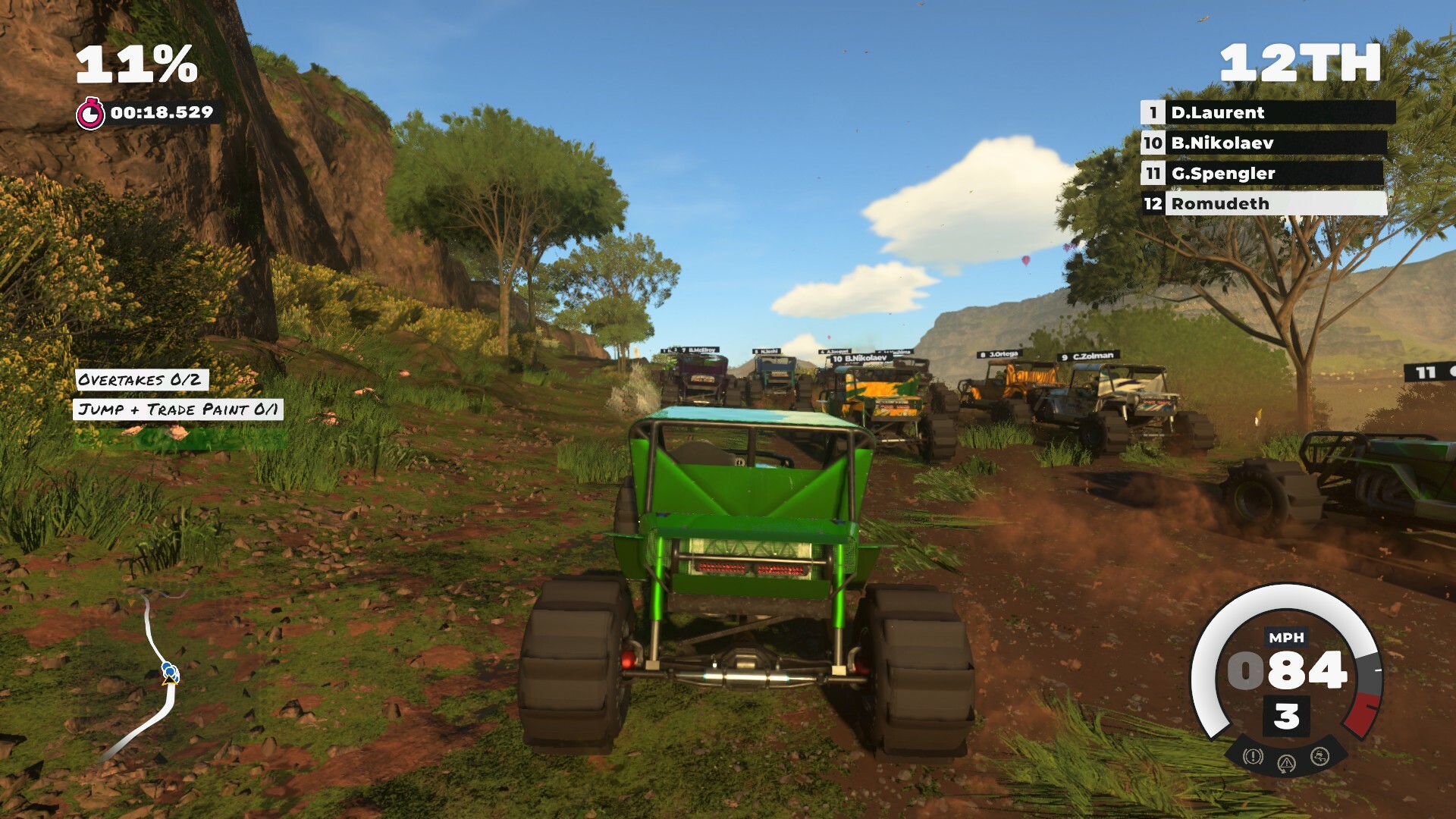 Forza Horizon 4, Dirt 5 has environments and weather patterns that impact your car’s handling and steering. Muddy tracks won’t let you drift as easily as a slick, rain-covered road, for example. Besides icy tracks that cause oversteering to become its own challenge, the vehicles handle solidly no matter the road or weather. Dirt 5 is an arcade racing game first and foremost, after all.

Words Get in the Way

Career is Dirt 5’s most robust game mode. Containing five levels with numerous tracks, Career sees you race every car type in a series of worldwide events. Completing races rewards you with new car colors, finishes, and decals, as well as tokens. Unlocking new levels requires you to finish a set number of races and earn a certain token number. From straight-up rally races across an Italian construction site to tense, drift-focused ice races underneath Roosevelt Bridge, Career gives you everything that Dirt has to offer.

Besides the events, Career’s most notable aspect is the narration that occurs between races. Podcasters AJ (Troy Baker) and Bruno Durand (Nolan North) chime in on your career progression via their show. Though it’s entertaining hearing these veteran video game actors’ voices, Dirt 5’s narrative is superfluous. Racing game narratives are always awkward (see 2015’s Need for Speed with its hammy full-motion video sequences as a prime example). It’s a noble attempt, but completely unnecessary. Most racing game fans just want to put the pedal to the metal. 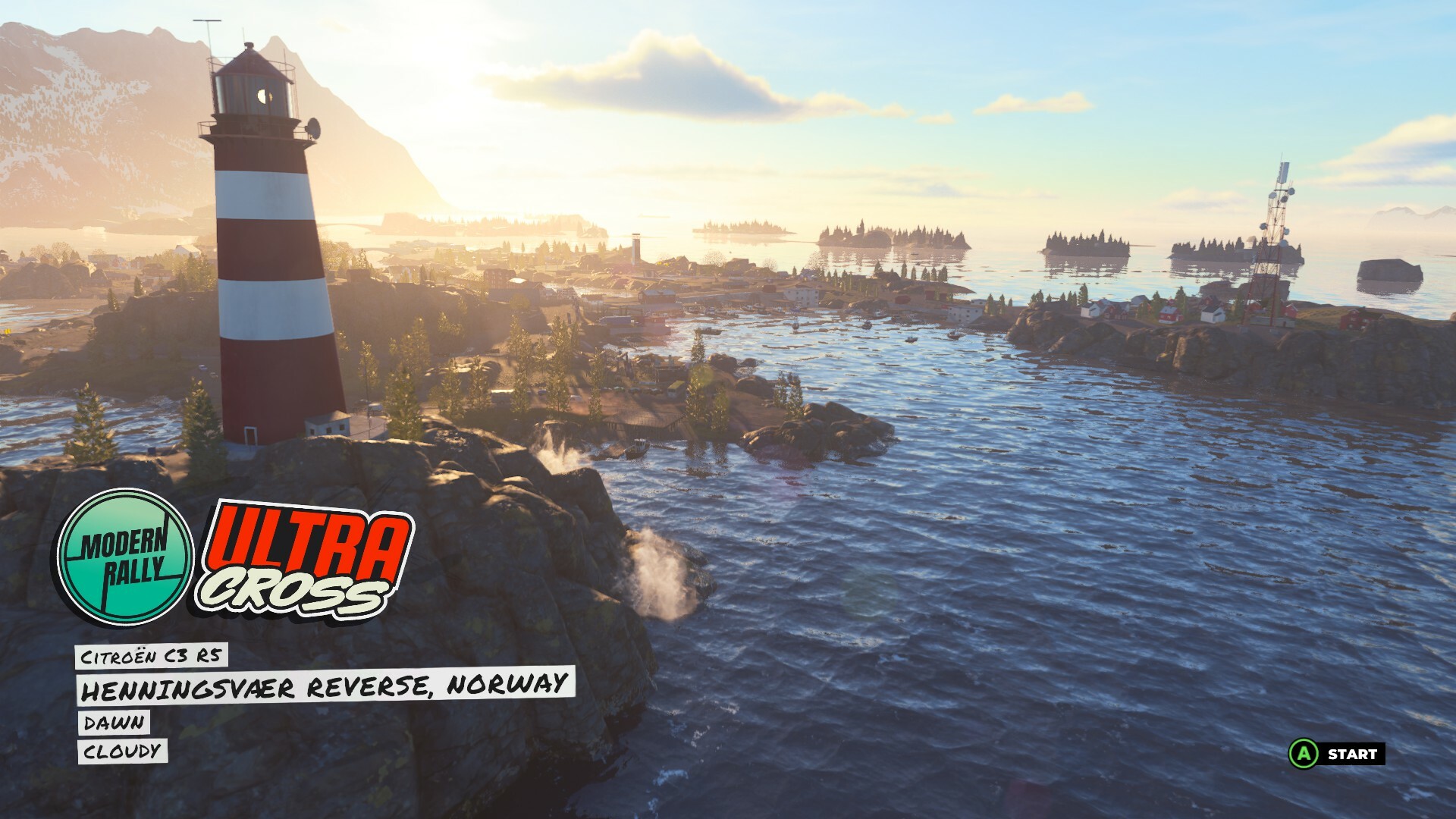 Halo’s Forge Mode, only for a racing game. You can create and upload your own tracks, plus download tracks created by others. Playgrounds is great fun, whether you’re a master track editor or someone who needs a break from the default roads.

Gymkhana, found within Playgrounds, is a mode where you rack up points by drifting, jumping ramps, and ramming into obstacles. It’s basically a Tony Hawk game with cars, and is a good ol’ time. 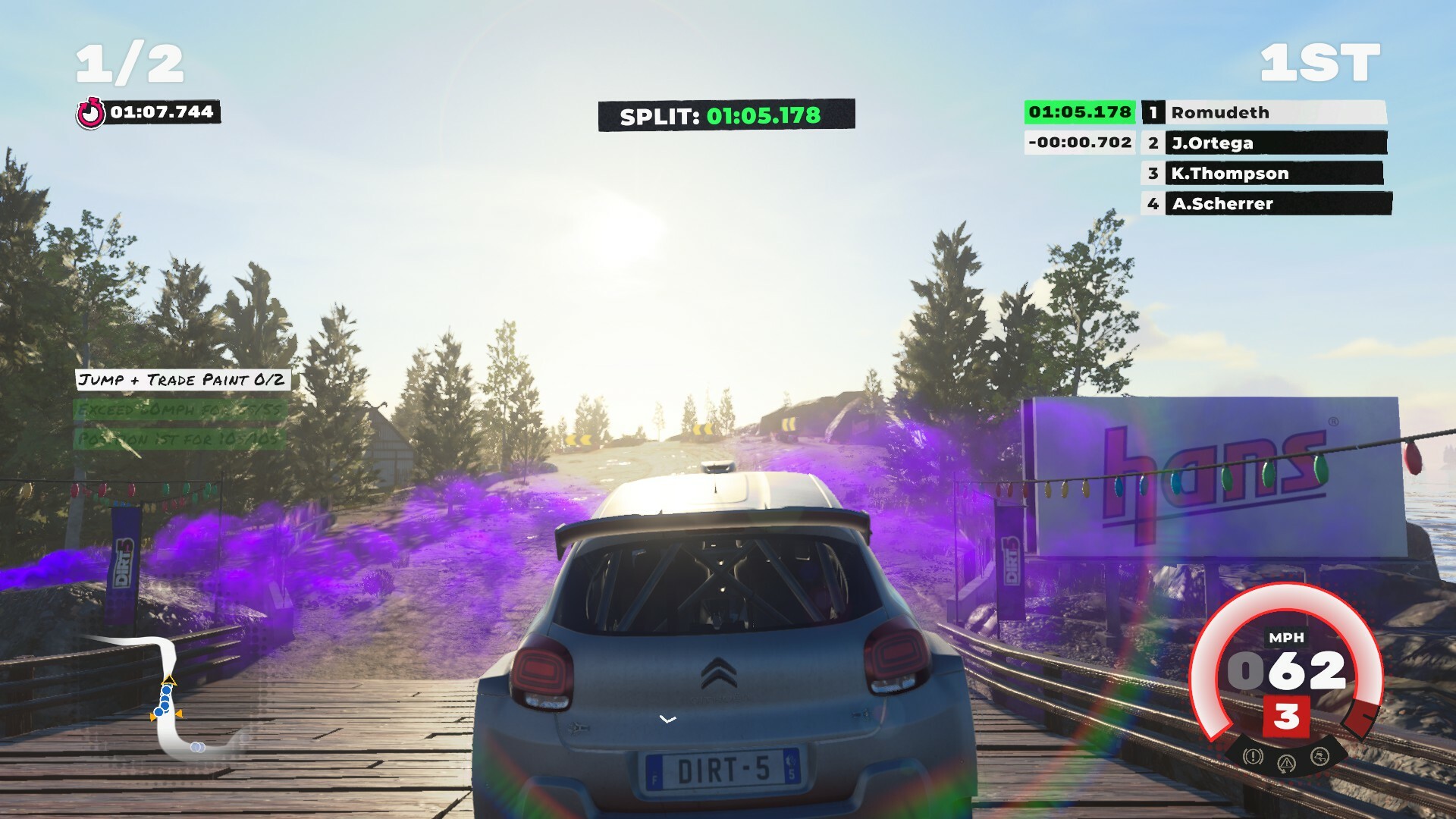 CPU, a Nvidia GeForce GTX 970 GPU, 8GB of RAM, 60GB of storage space, and the Windows 10 operating system. My gaming desktop, a system with an Intel Core i7-4790 CPU and Nvidia GeForce GTX 1080 GPU, ran the game without hiccup. Dirt 5’s frame rates hovered between 100-120 frames per second, even during races featuring heavy snow or rainfall.

Dirt 5 supports both mouse and keyboard inputs, as well as game controllers. The game utilizes Steam DRM. Steam Achievements and Steam Cloud Saves are supported, too.

If you’re looking for the gaming equivalent of a tasty, feel-good snack, Dirt 5 is your title. It may put off people who live for ultra-realistic car handling and bottomless customization options, but that isn’t this game’s audience. Dirt 5 is arcade racing, through and through. If you miss the days where Sega arcade racers ruled the genre, then Dirt 5 is worth a spin. Otherwise, the Editors’ Choice award-winning Forza Horizon 4 may be more your speed, with its deeper customization options.