Did You Buy an Xbox Series X Only to Scalp It? You’re Not Alone

Tens of thousands of people likely resold their Xbox Series X/S units over the holidays to make some extra cash, according to new analysis.

The estimate comes from Chicago-based data engineer Michael Driscoll, who’s been examining scalping activities on eBay. To do so, he created a computer script capable of collecting sold item data off the reselling site.

On Thursday, he published an analysis that shows 69,329 Xbox Series X/S units were sold on eBay, usually for $150 to $300 higher than the retail pricing. Meanwhile, another 43,891 units were sold on StockX, a site best-known for reselling sneakers.

bragged on social media about buying dozens of Xbox units from major online retailers. However, the analysis from Driscoll shows that 45% of the Xbox scalpers on eBay only sold one or two units on the site. 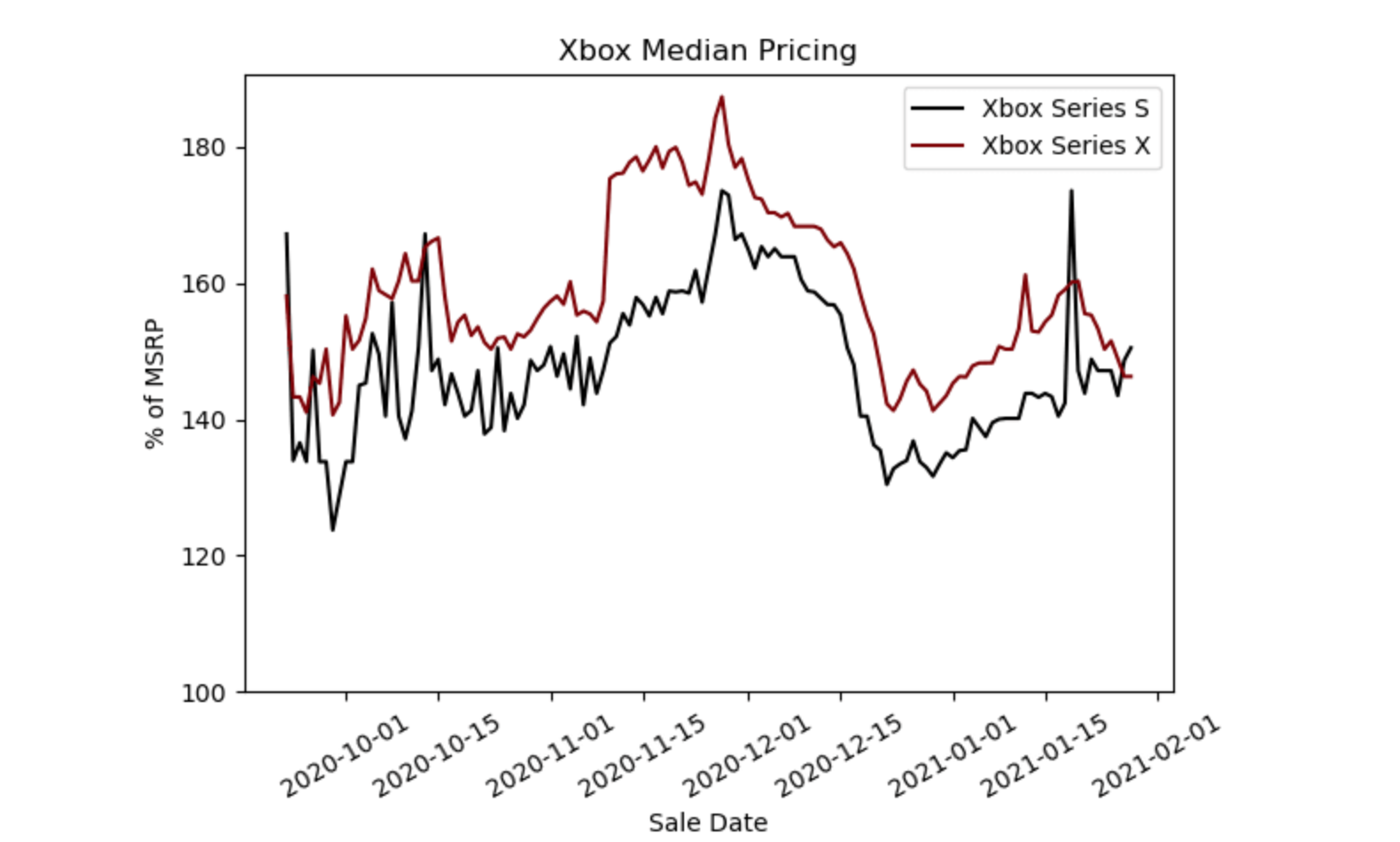 PlayStation 5, Driscoll plans on publishing an analysis on scalping activities for the console on Friday. However, a quick search on eBay already reveals over 87,000 PS5 units have been sold on the site. On StockX, the number of sold units is at over 76,000 units.