The newest Dell XPS 13 is one of the first ultraportable laptops to come with Intel’s latest 11th Generation “Tiger Lake” CPUs, offering speedy, efficient computing performance and long battery life. This 2.8-pound laptop also has an exceptional 13.4-inch display and a gorgeous chassis, all of which combine to make it our Editors’ Choice pick among premium Windows ultraportables. The price is a bit high, starting at $999.99 and ringing up at $1,649 as tested, but it’s worth it for uncompromising fans of cutting-edge performance and style.

The XPS 13’s Moment to Shine

If you were tempted to buy an XPS 13 earlier this year following its significant redesign (model 9300) but didn’t pull the trigger, it’s a good thing you waited. Now you can get everything we like about the new laptop with the added bonus of the latest Intel silicon.

The CPU bump is essentially the only change from the 9300 to the current model 9310, but it’s an important one if you plan to keep your machine for five years or more. Dell does churn out new XPS 13 models at a prodigious rate, sometimes multiple times per year. Still, a brand-new processor and a physical redesign that’s not even a year old make the 9310 a safe buy for people who don’t want their expensive investment to be upstaged by something vastly better in a few months. 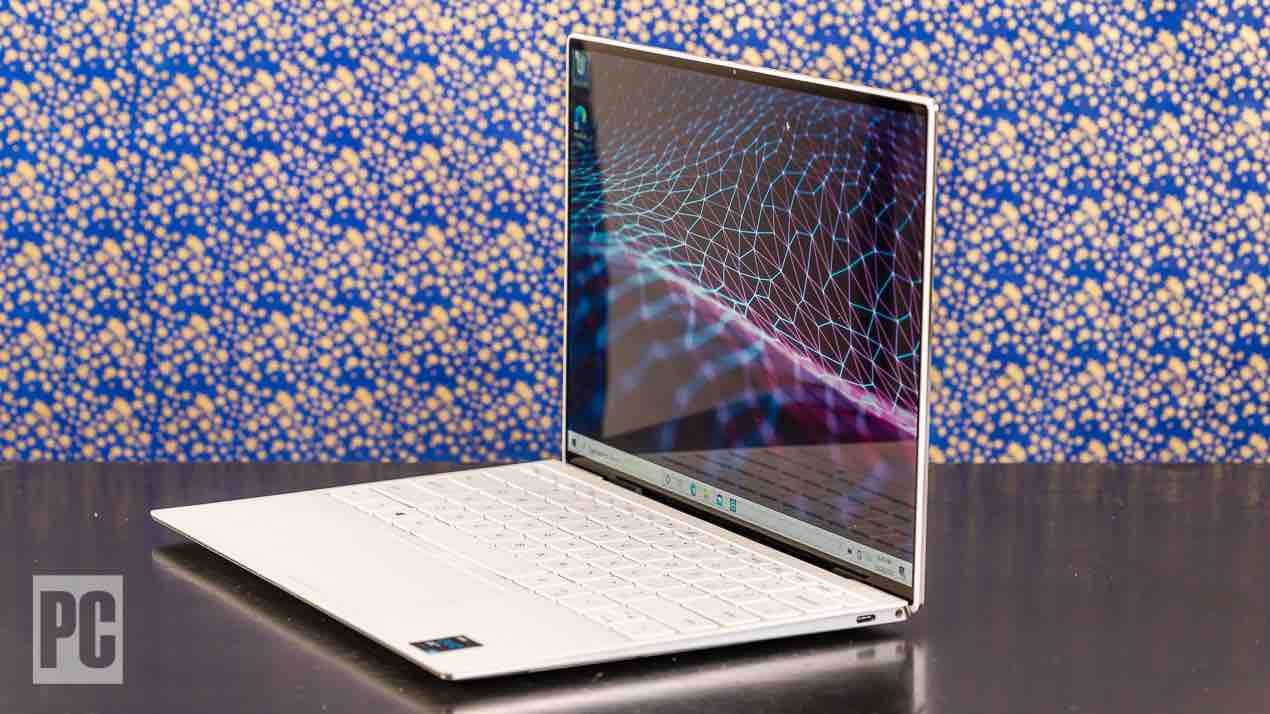 Apple MacBook Pro 13, which weighs 3.1 pounds. But the XPS 13 is still meaningfully heavier than the very lightest models on the market, such as Acer’s 1.96-pound Swift 7 flagship.

The XPS 13’s additional heft accommodates high-quality materials and a sleek design. The density of the build is apparent as soon as you slide the system out of its sleek white box and run your fingers over the aluminum lid and edges. Dell says the edges are anodized twice to prevent scratch damage from repeated plugging and unplugging of peripherals. Opening the lid results in even more to ogle. The two color options include Platinum Silver with a black carbon-fiber palm rest or Frost White with an Alpine White composite-fiber palm rest. Our review unit uses the latter scheme, and it’s gorgeous. The palm rest is especially snazzy, and it incorporates a UV- and stain-resistant coating to prevent yellowing and discoloration. 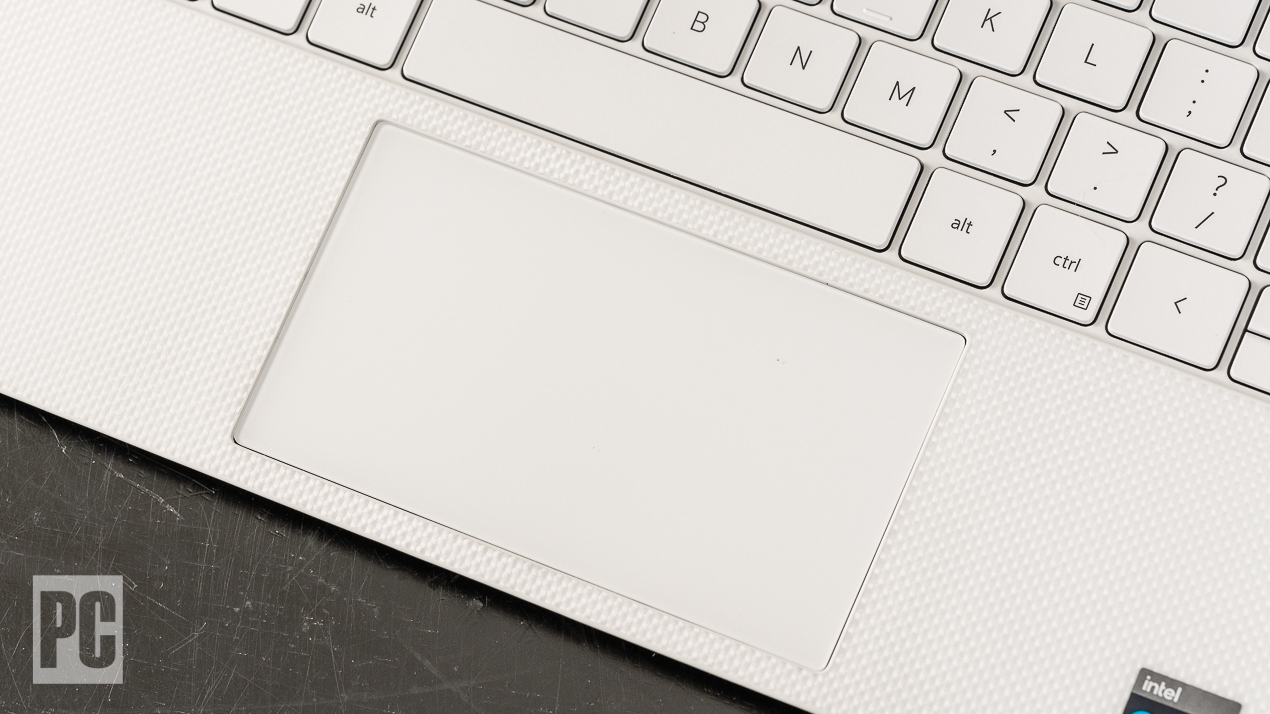 XPS 15 and XPS 17 laptops. This is a similarly unified approach to the one Apple takes with the styling of the MacBook Air and the two sizes of the MacBook Pro. Whether you’re looking for an ultraportable for frequent travels or a large-screen machine with serious computing power, there’s an XPS for you. There’s even a 2-in-1 version of the XPS 13, which sports a 360-degree hinge that lets you convert the laptop into a tablet.

An Exceptional Display, Even Without 4K

The XPS 13’s display is available in three versions, all of which feature an unusual 16:10 aspect ratio instead of the more familiar 16:9. The former results in additional vertical space, which is handy for when you’re scrolling through websites or updating lengthy documents.

Our review unit has a 1,920-by-1,200-pixel touch panel. Thanks to the aspect ratio, the resolution is a bit higher than full HD (1,920 by 1,080 pixels), but considerably less than the Retina Display of the MacBook Pro or the PixelSense display of the Microsoft Surface Laptop 3. However, the XPS 13 can be configured with a 3,840-by-2,400-pixel panel that leapfrogs not only those two laptops, but also the dimensions of standard widescreen 4K displays (3,840 by 2,160 pixels). 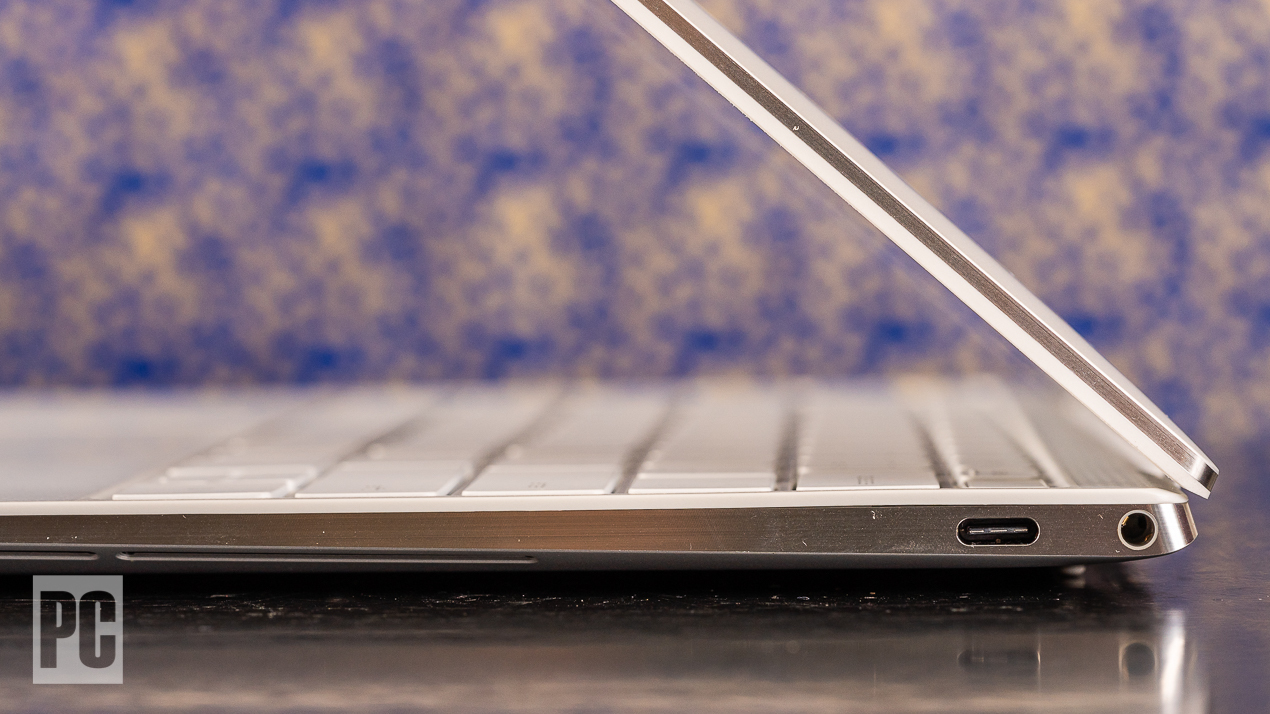 Asus ZenBook 13. The power button in the upper right corner of the keyboard doubles as a fingerprint reader for password-free logins to your Windows 10 account.

Audio quality from the XPS 13’s stereo speakers is excellent. Combined, they deliver up to 4 watts of output, and they’re balanced enough to give the laptop far richer and more dimensional sound than you’d expect from such a compact package. Much of the audio emanates through a grille on the bottom of the laptop, but voice tracks and other treble notes in a few movie trailers that I watched never sounded muffled.

Dell supports the XPS 13 with a one-year hardware warranty, and offers optional extensions up to four years for an additional charge.

The new XPS 13 ditches Intel’s 10th Generation “Ice Lake” processors in favor of the latest Tiger Lake CPUs. There’s not a huge difference between the two, but we did see some modest performance improvements on a few of our benchmark tests compared with the 9300 model. Our test unit comes with a Core i7-1165G7, a quad-core chip with Hyper-Threading that runs at a base frequency of 2.8GHz, up from 1.3GHz in the equivalent 10th Generation Core i7. The higher clock speed can improve performance on certain tasks, though the total number of cores and threads remains the same. (See how we test laptops.)

While the XPS 13 has always relied on integrated graphics rather than a discrete GPU, this model boasts Intel’s latest Iris Xe silicon, replacing the Iris Plus graphics of its predecessor. Our review unit also has 16GB of memory and a 512GB solid-state drive, which should be sufficient for most users. The entry-level configuration, meanwhile, comes with a Core i3, 8GB of RAM, and a 256GB SSD. That’s a relatively skimpy set of components compared with the MacBook Pro, whose entry-level configuration includes a Core i5. But the entry-level MacBook Pro is $300 more than the base XPS 13.

Below is a list of specs for our XPS 13 tester and a few other comparable laptops we’ve tested recently, including the Apple MacBook Pro, the Asus ZenBook 13, the Razer Blade Stealth 13, and the Microsoft Surface Laptop 3. 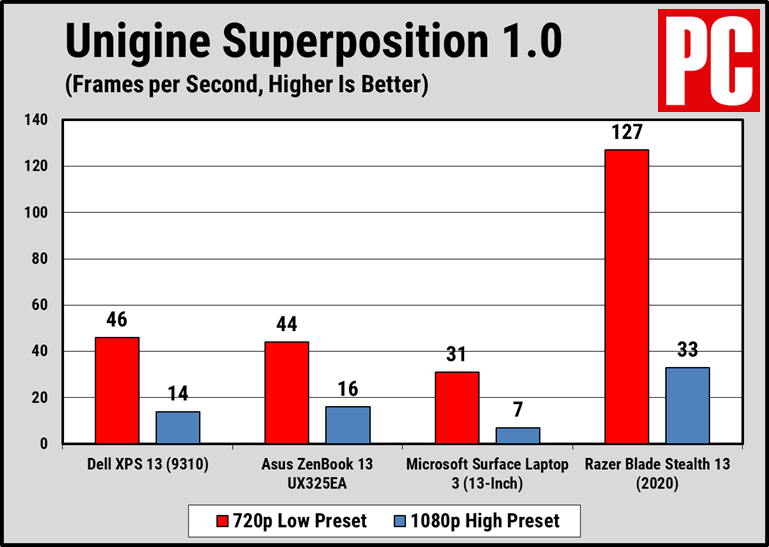 Equipped with a 52-watt-hour battery that lasted for 15 hours in our video playback test, the XPS 13 should easily survive an entire workday away from a power outlet… 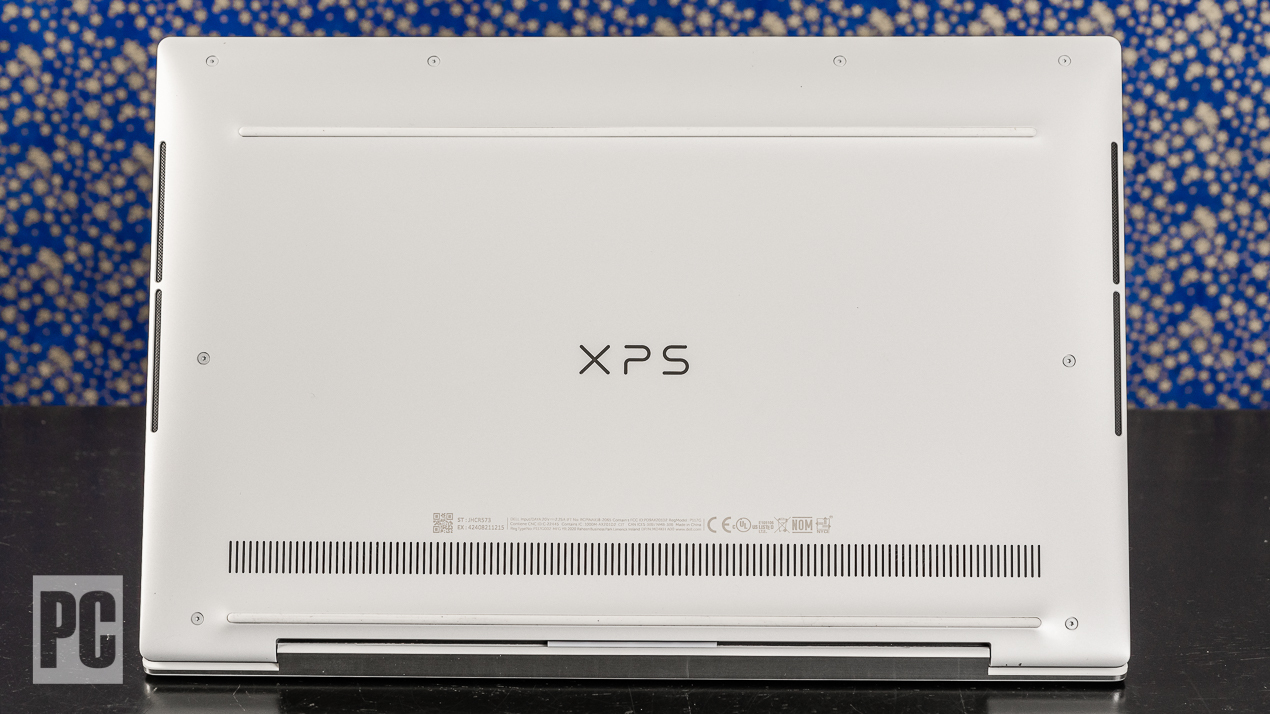