“Dead to Me” Renewed for Third and Final Season 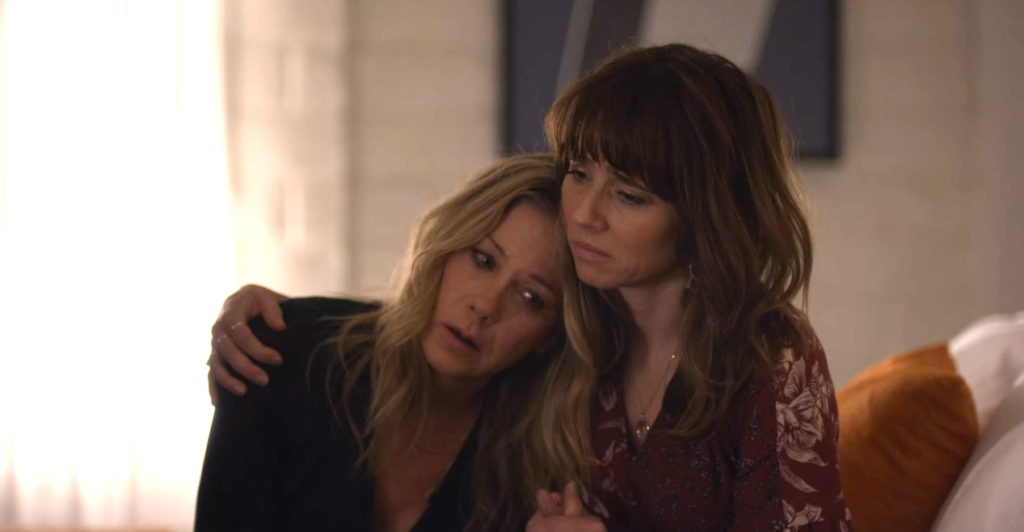 “Dead to Me” Renewed for Third and Final Season

Jen and Judy have unfinished business to attend to. The pair will reunite in the third and final season of “Dead to Me.” Netflix just announced the dark comedy’s renewal.

Created by Liz Feldman, the critically acclaimed series depicts the unlikely friendship between Jen (Applegate), a cynical widow and mother of two determined to solve the mystery behind her late husband’s hit-and-run murder, and Judy (Cardellini), an openhearted free spirit coping with a loss of her own.

Season 2 concluded with a handful of cliffhangers, including a hit-and-run that leaves Jen and Judy injured.

“On this show, we’re trying to outdo ourselves but in a way that still feels grounded in this world. It was pitched pretty early on in the season that the finale end in that manner, and for me it had to sort of pass the test of like, is this really earned?” Feldman told The Hollywood Reporter. “Are we setting this up in a way that it can be as surprising as it is inevitable? It was pitched early on and we thought about different ways of ending it, but we always kept coming back to this end because it felt like such a full-circle, karmic moment while still being able to deliver the kind of surprise and delight that I want to leave people with.”

Applegate has received Emmy, SAG, and Golden Globe nominations for her acting on the series.

In addition to the bittersweet renewal news, Netflix also revealed that it has formed a multi-year partnership with Feldman for original series and other projects. “From start to finish, ‘Dead to Me’ is exactly the show I wanted to make. And it’s been an incredible gift,” she said. “Telling a story sprung from grief and loss has stretched me as an artist and healed me as a human. I’ll be forever indebted to my partners in crime, my friends for life, Christina and Linda, and our brilliantly talented writers, cast, and crew. I am beyond grateful to Netflix for supporting ‘Dead to Me’ from day one, and I’m thrilled to continue our collaboration.”

Jane Wiseman, Vice President of Comedy Series at Netflix added, “Liz Feldman is a comedic force who brings her fresh and distinct point of view to every element of the creative process from inception through writing and producing. We could not be more excited to expand our relationship with Liz and continue to work with her on ‘Dead to Me’ and future series to come.”