Best known for its high-performance aftermarket parts, Corsair also has its own line of PCs. The $2,799 Vengeance i7200 is its latest, a mid-tower 4K gaming desktop with a 10-core Intel Core i9 processor and an Nvidia GeForce RTX 3080 graphics card that breezed through our benchmarks. It’s a first-rate build from its top-quality (and mostly Corsair-made) supporting components to its neat interior wiring. Well-priced and backed by a two-year warranty, the Vengeance i7200 is an easy Editors’ Choice award pick among ultra-performance gaming desktops.

The Vengeance i7200 uses Corsair’s 4000D mid-tower case. Plus-sized at 18.3 by 9.1 by 17.8 inches (HWD), it borders on full-tower territory with a cavernous volume of 48.6 liters. Sturdy steel and a tinted tempered glass left panel give it a quality look.

Compared to the a la carte version, this case has been upgraded for the Vengeance i7200’s build with six Corsair SP RGB Pro 120mm fans. Three are visible behind the front panel, which pulls off for easy dust cleaning. 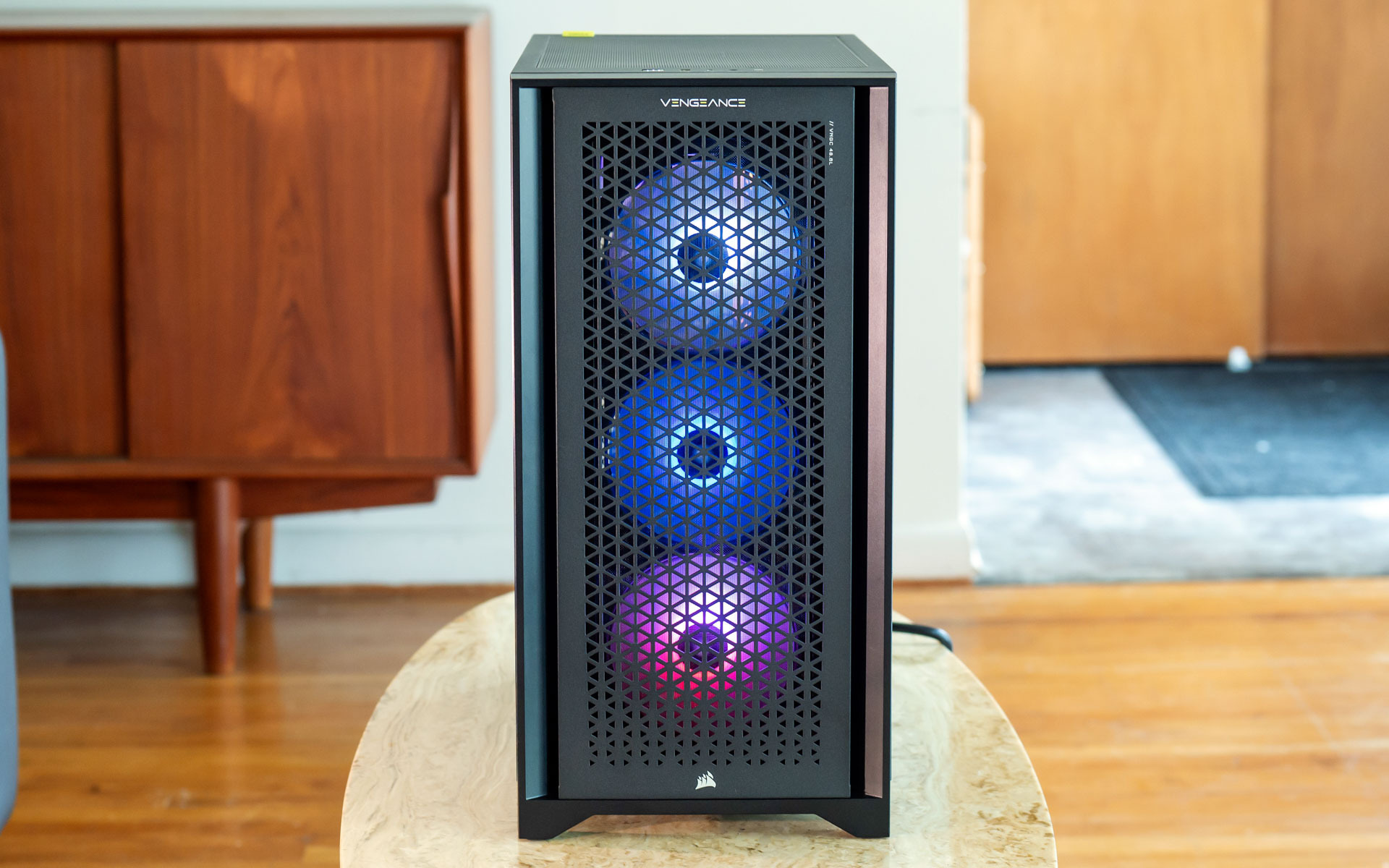 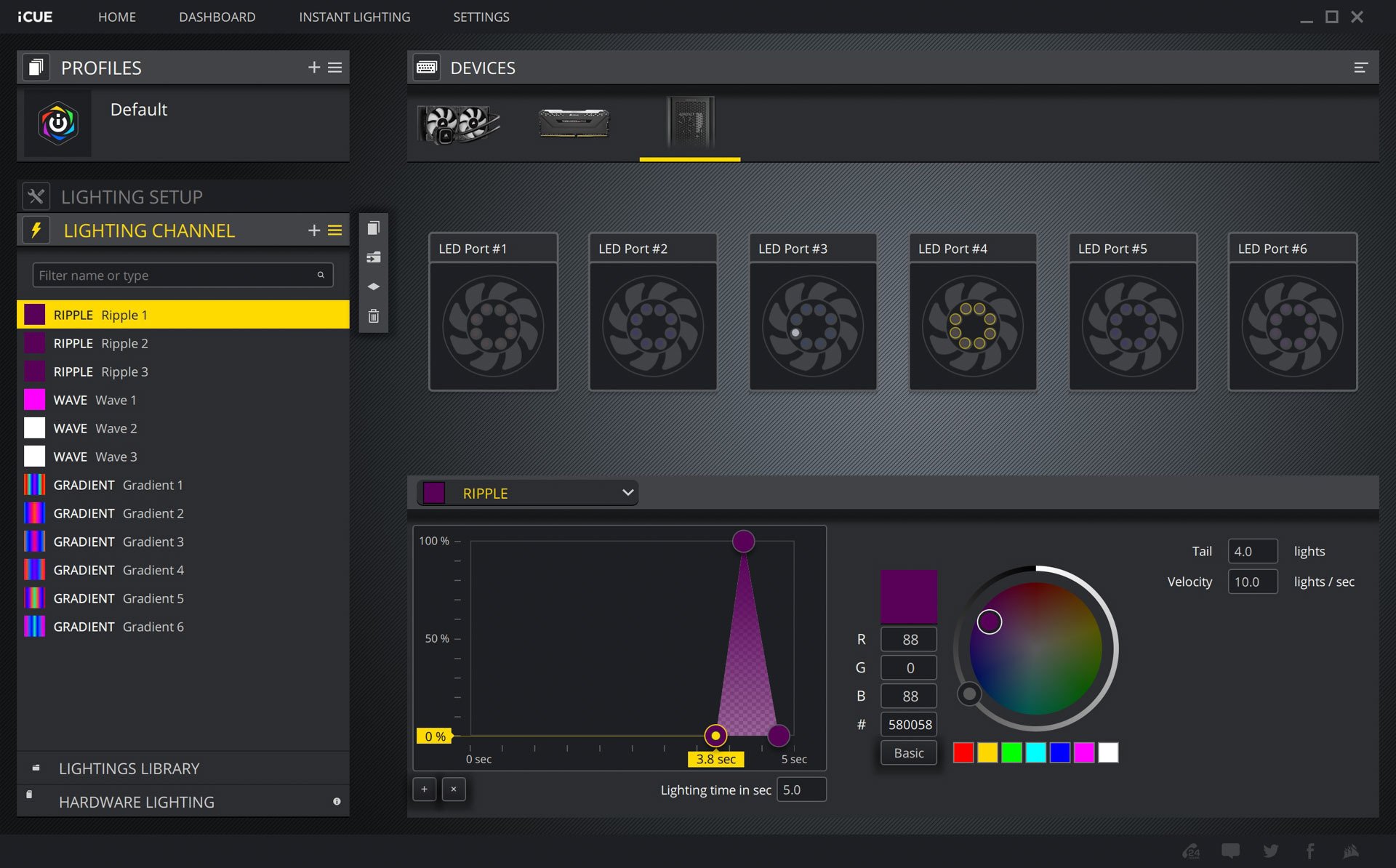 RM750 unit supplying up to 750 watts—is isolated and hidden away in a bottom compartment. 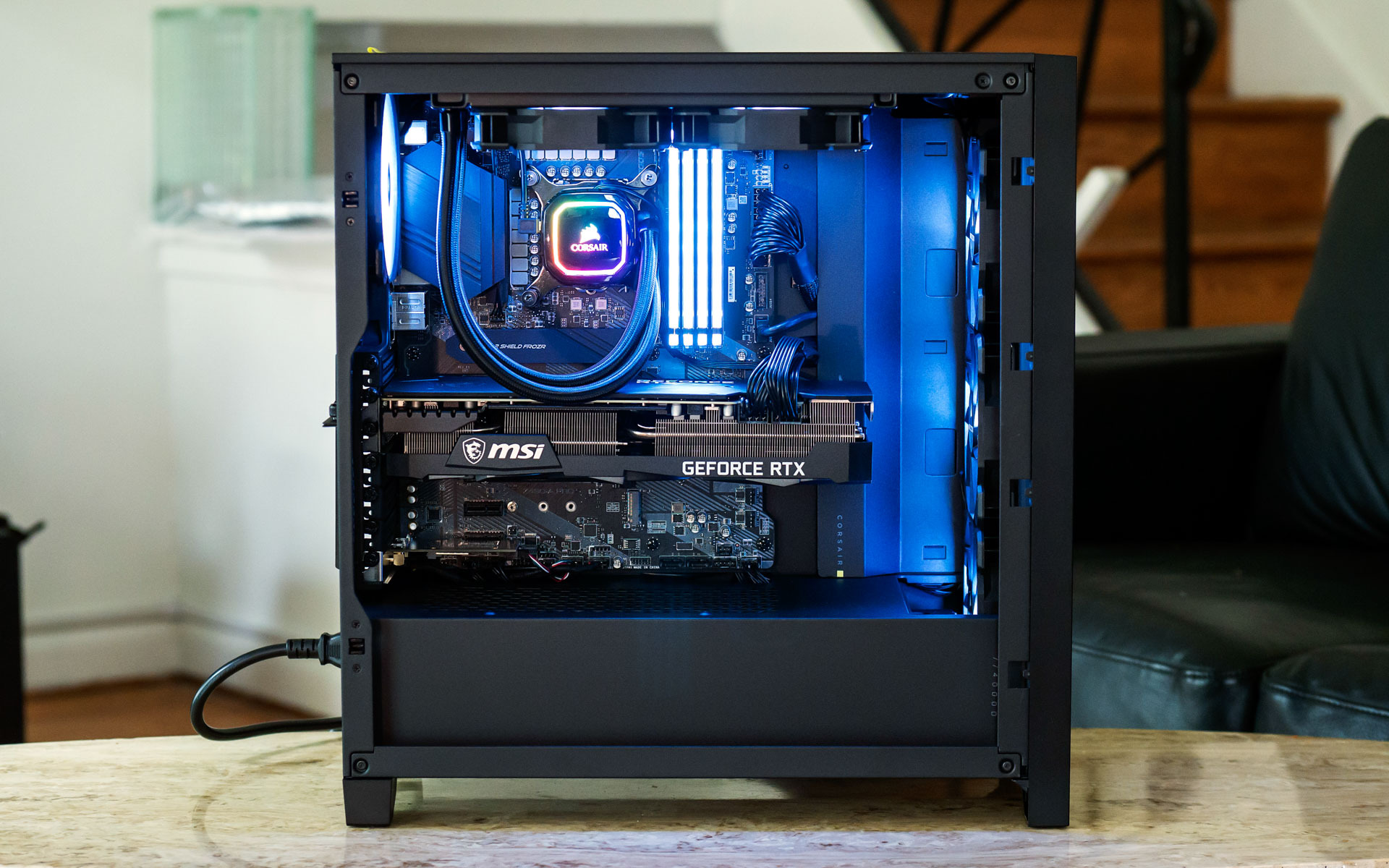 MSI Z490-A Pro motherboard is a practical pick for this build, if not one suited for heavily pushing the overclocking capabilities of the Vengeance i7200’s unlocked Core i9-10850K processor. (Corsair doesn’t overclock the chip, though the end user can.) 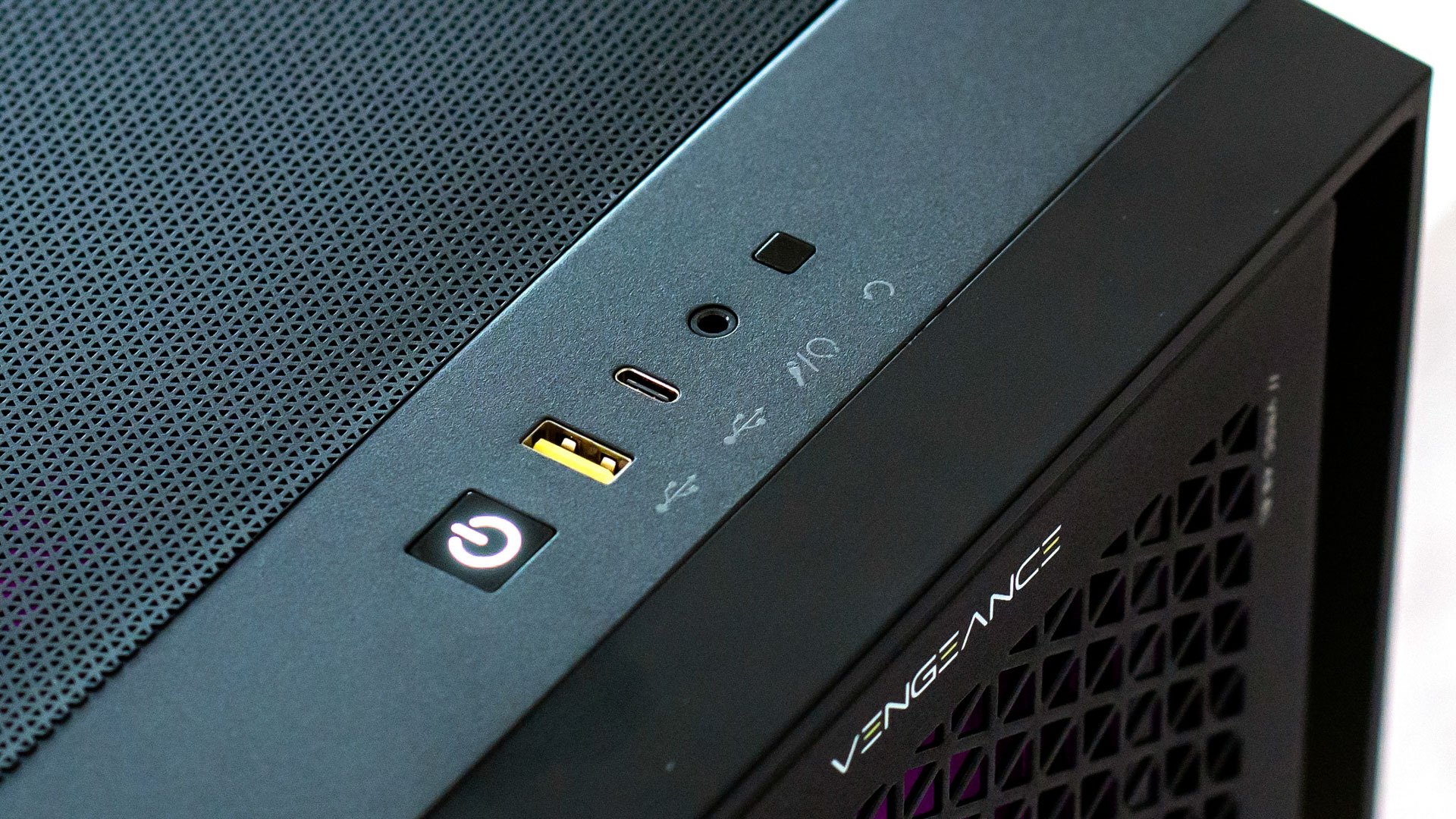 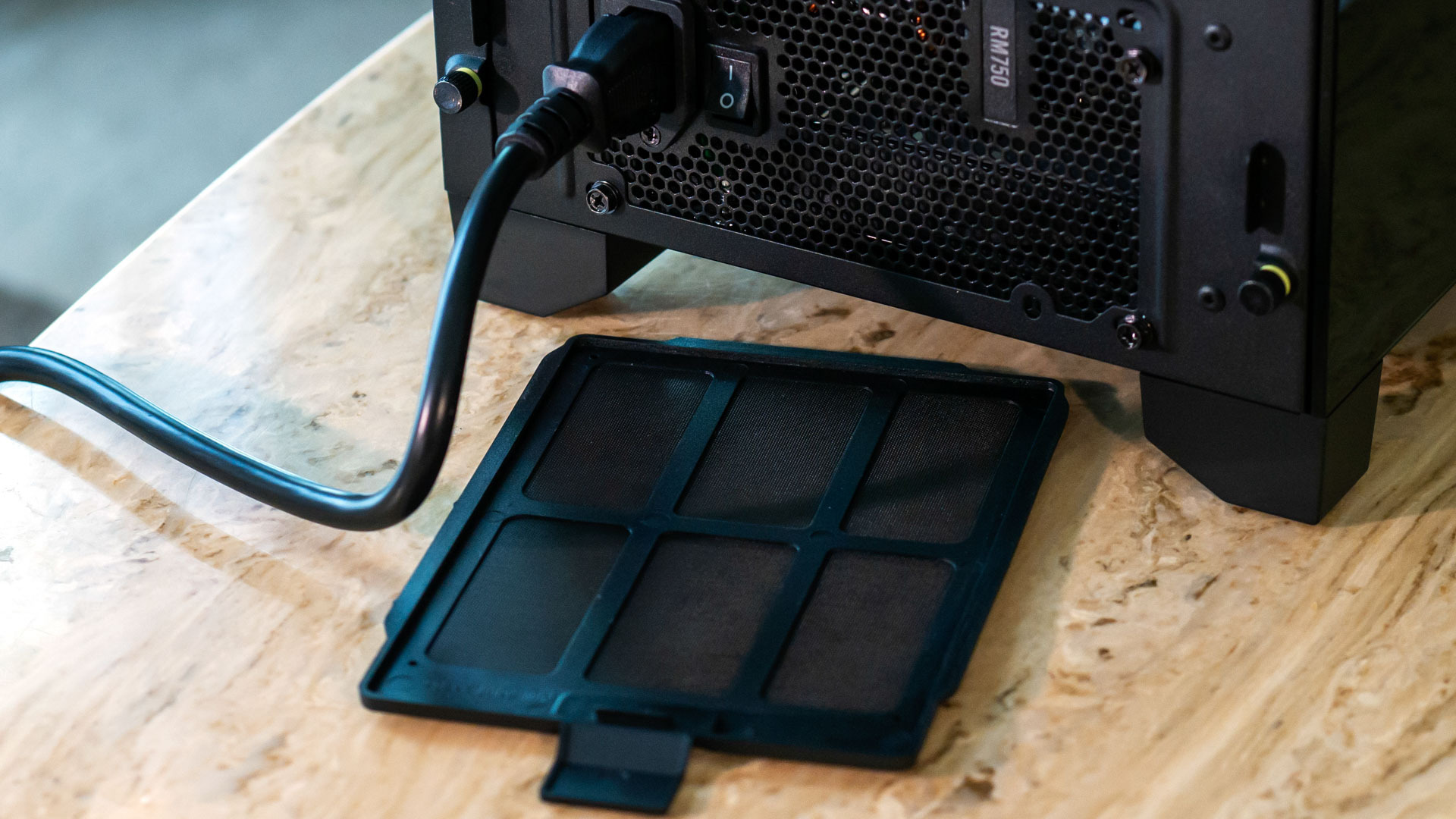 The Core i9-10850K processor deserves a short paragraph. It has the same core and thread count as the flagship Core i9-10900K with slightly lower clocks—a 3.6GHz base and 5.2GHz turbo clock versus 3.7GHz and 5.3GHz respectively. The 100MHz difference is almost trivial, but the chip goes for $65 to $75 less at retail as I type this, and that’s not trivial. Based on the Vengeance i7200’s competitive price, some of those savings might have been passed along.

Now for our performance testing. I benchmarked the Vengeance i7200 against four other gaming desktops whose basic specs appear below. 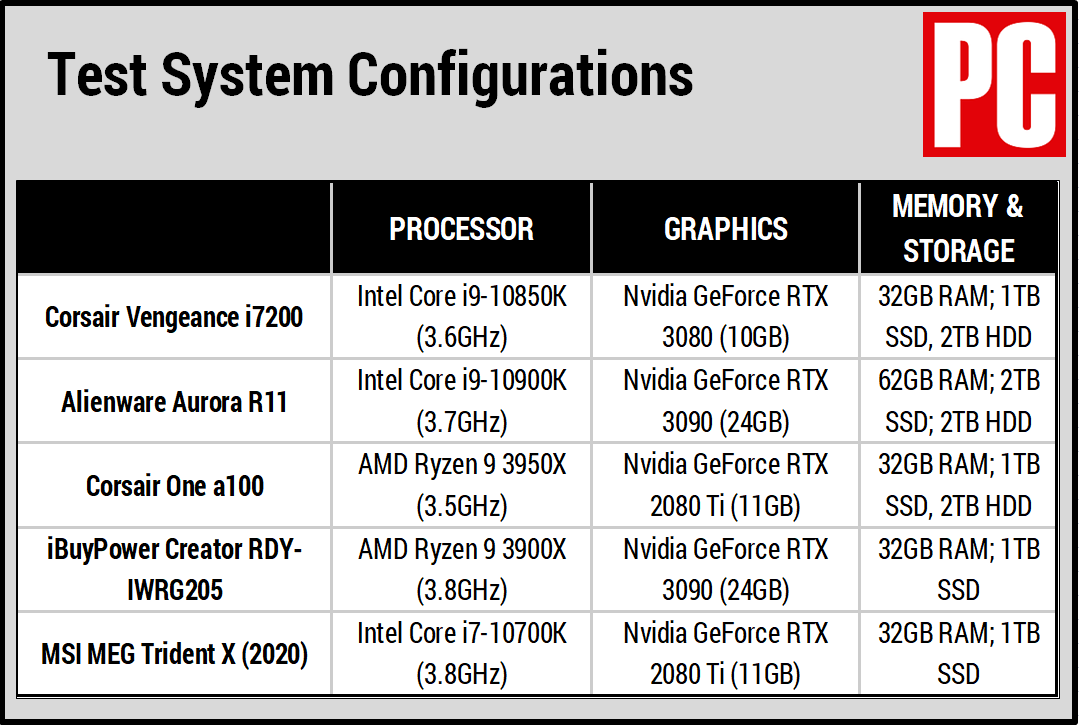 iBuyPower Creator RDY-IWRG205 and the Alienware Aurora R11 stand out with their 24GB GeForce RTX 3090s. Corsair’s own One a100 should lead the processor-focused tasks with its monster 16-core, 32-thread AMD Ryzen 9 3950X. The last unit is the small-form-factor MSI MEG Trident X, which combines a peppy eight-core, 16-thread Core i7-10700K with a last-generation (but still very powerful) 11GB GeForce RTX 2080 Ti.

We would normally start with UL’s PCMark 10, a holistic performance suite that simulates different real-world productivity and content-creation workflows, but I couldn’t get it to run on the Vengeance i7200—a glitch that sometimes happens with PCs that use seldom-seen hardware. That said, the Corsair did complete our PCMark 8 storage subtest with a competitive score of 5,054 points, right where we expect a fast SSD to be and within 50 points of the others.

Next up is a pair of CPU-crunching tests: Cinebench R15 stresses all available processor cores and threads while rendering a complex image, while in our timed Handbrake test we transcode a 12-minute 4K video down to 1080p. 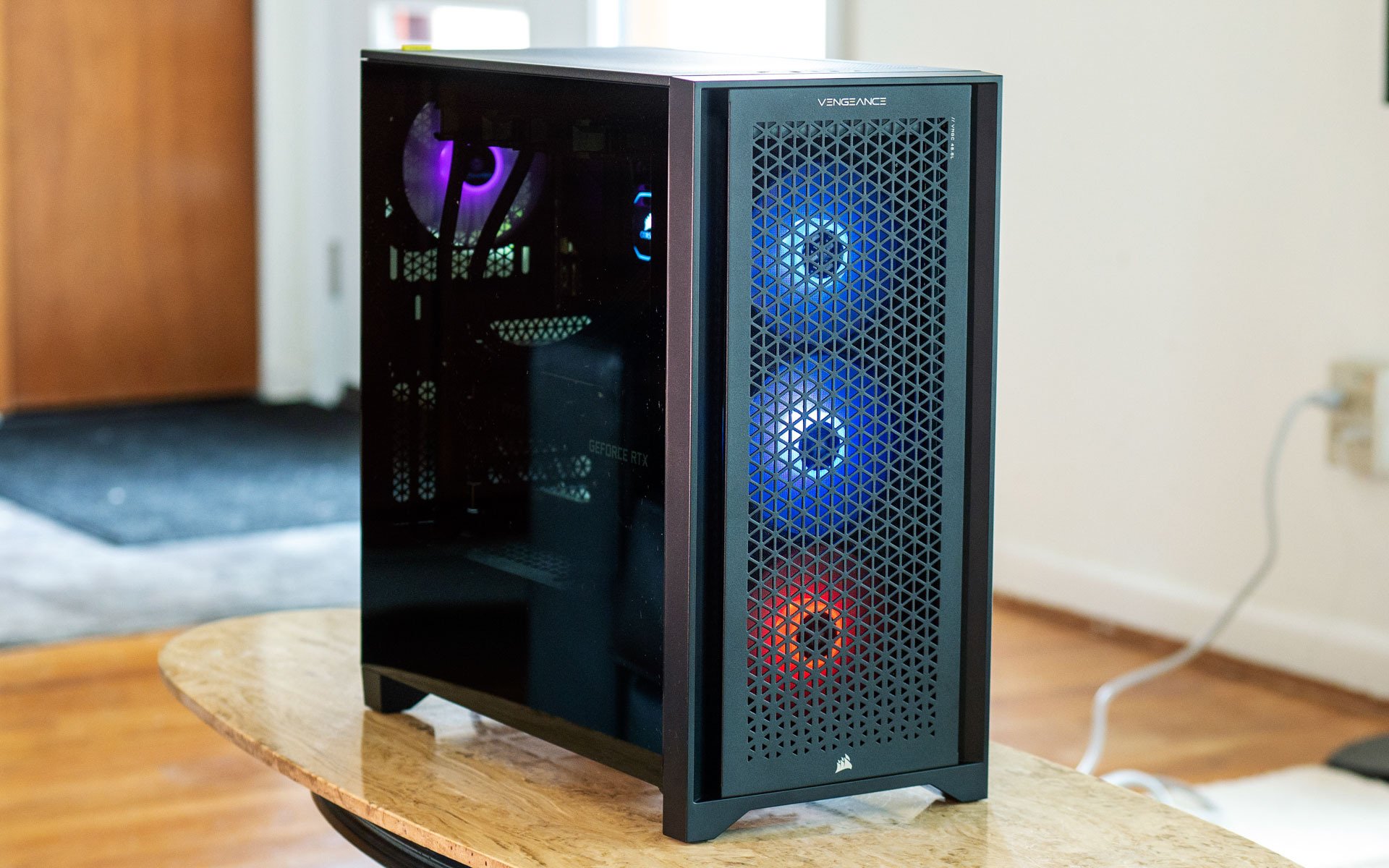