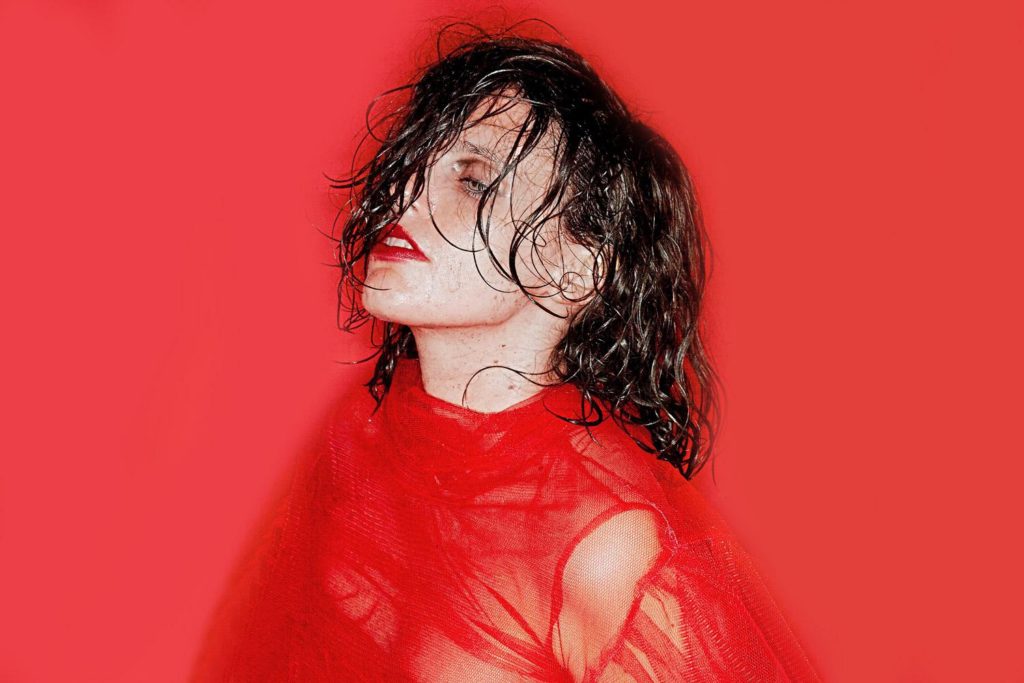 You may already know Anna Calvi’s name — especially if you’re a fan of genre-defying virtuosity, overwhelmingly described as “cinematic” pop, laced through with impressive, spiraling guitar work and operatic vocals that have most often been compared to those of Edith Piaf. What you may not know is that the three-time Mercury prize-nominated singer-songwriter is also the sonic force behind the fifth season of “Peaky Blinders.”

Described by Premier Guitar as having phenomenal technique and the propensity for “a mélange of blistering linear runs, screaming slide guitar anti-melodies, spaghetti Western twang, and dramatic, Hendrixian feedback and string bending,” it seems only natural that the university-trained violinist and guitarist would have moved into film and television composition. However, it wasn’t until her third album, “Hunter” — a dark, explicitly queer odyssey in which Calvi stressed that she wanted “to go beyond gender. I don’t want to have to choose between the male and female in me” — that she made the jump to scoring the thoughts of a tortured crime lord.

According to Shondaland, Calvi was well-entrenched in her own touring career when she was “head hunted at a London concert by ‘Peaky Blinders’ director Anthony Byrne.” Her controlled but emotionally manic vocals, purposeful breath work, and devilish guitar were put to good use for main character Tommy Shelby (Cillian Murphy), backing up his sloping descent into madness.

The British show, which has gained a dedicated following since its BBC premiere in 2013, and subsequent international accessibility through Netflix, follows the exploits of the Shelby family, proprietors of a London crime empire between World Wars. Prior to Calvi’s involvement, its gray, winding streets and conniving back-alley deals were accompanied by the likes of PJ Harvey, Leonard Cohen, David Bowie, the Arctic Monkeys, and Nick Cave.

Despite her formidable predecessors, Calvi has managed to add something uniquely sinister, haunted, and musically ambitious to an already atmosphere-rich series. Of course, Calvi’s collaborators and mentors, which include Brian Eno, David Byrne, and Adrian Utley, are unsurprised by her success, with Eno describing her as “the best thing since Patti Smith.”

In the Shondaland piece, Calvi detailed how her own composition and work practices were influenced by the character of Tommy Shelby. “Watching this man, having his sense of self dismantled and the idea of trying to score someone losing their mind […] I became really obsessed. I would work all day and I would go to sleep and I would dream about him all night. It was a very intense period.”

Calvi, who is known for her gender fluid, playful high fashion, and is an outspoken advocate for the affirmation of her and others’ queer identities, also spoke to NME about her thoughts surrounding Tommy Shelby’s innate genderqueerness. Describing Shelby’s intertwining of masculinity and femininity, Calvi remarked, “There’s something intrinsically weirdly genderless about him as a character. Maybe it’s because it’s not about him saying things – you feel his thinking just by his stare.”

Alongside the promotion of her stripped-down fourth album, “Hunted,” for which she teamed up with the likes of Courtney Barnett and Charlotte Gainsbourg, Calvi plans to return to scoring the sixth season of “Peaky Blinders,” once its production safely re-commences.

“Peaky Blinders” is now available on Netflix. You can find Calvi’s albums on her website.