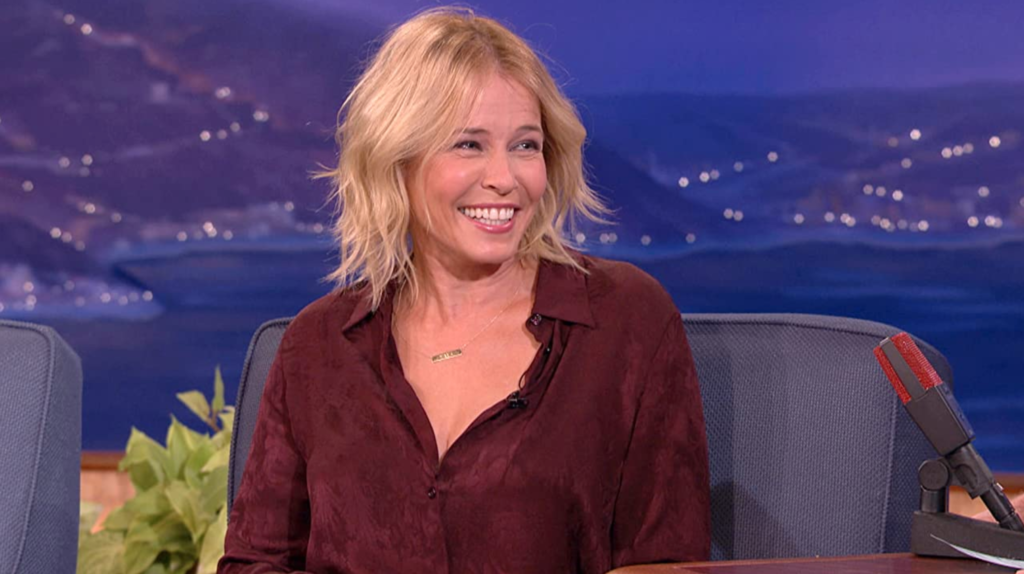 Chelsea Handler has new shows in the works at both HBO Max and Peacock. Deadline reports the multi-hyphenate will executive produce “Blair” for the former and “Wiped Out” for the latter. Both projects were developed at Universal Television, where Handler is under a first-look deal.

From creator-writer Mo Welch, “Blair” is based on her comic strip of the same name. The show follows a 20-something “with a dark but frank outlook on life” described as an “older Daria, but a less anxious Cathy who can’t help but judge people around her despite the fact that she’s at her own personal rock-bottom. After accidentally burning down her apartment and getting a demotion at a job she hates, Blair is forced to move back in with her mom and live a life she thought she would’ve left behind by now,” the source hints.

“Wiped Out” “revolves around a narcissistic woman with the ‘perfect’ life, who is suddenly erased from the entire world’s collective memory by a passing black hole that causes a rift in the fabric of reality,” Deadline summarizes. “With the help of her conspiracy theorist cousin, she sets out to rebuild her exact same life from scratch, even if the world would have been better off without her all along.”

Charles Morris wrote “Wiped Out” and Claudia Lonow (“I Feel Bad”) will serve as showrunner.

Also on Handler’s slate is a TV adaptation of her bestselling memoir “Life Will Be the Death of Me.” Universal TV has optioned the book’s rights, and Annapurna is set to co-produce. Handler has a comedy special — which sees her return to stand-up after six-plus years — on the way at HBO Max as well.

Handler hosted and produced talk shows “Chelsea Lately” and “Chelsea.” She exec produced the NBC sitcom “Are You There, Chelsea?,” based on her book “Are You There, Vodka? It’s Me, Chelsea.” Handler also explored social issues and took on her own privilege as a white woman as the subject of, respectively, docuseries “Chelsea Does” and documentary “Hello, Privilege. It’s Me, Chelsea.”

“Web Therapy,” “Are You There, Chelsea?,” “Fun Size,” and “Will & Grace” are among Handler’s acting credits. Her other books include “My Horizontal Life” and “Chelsea Chelsea Bang Bang.”