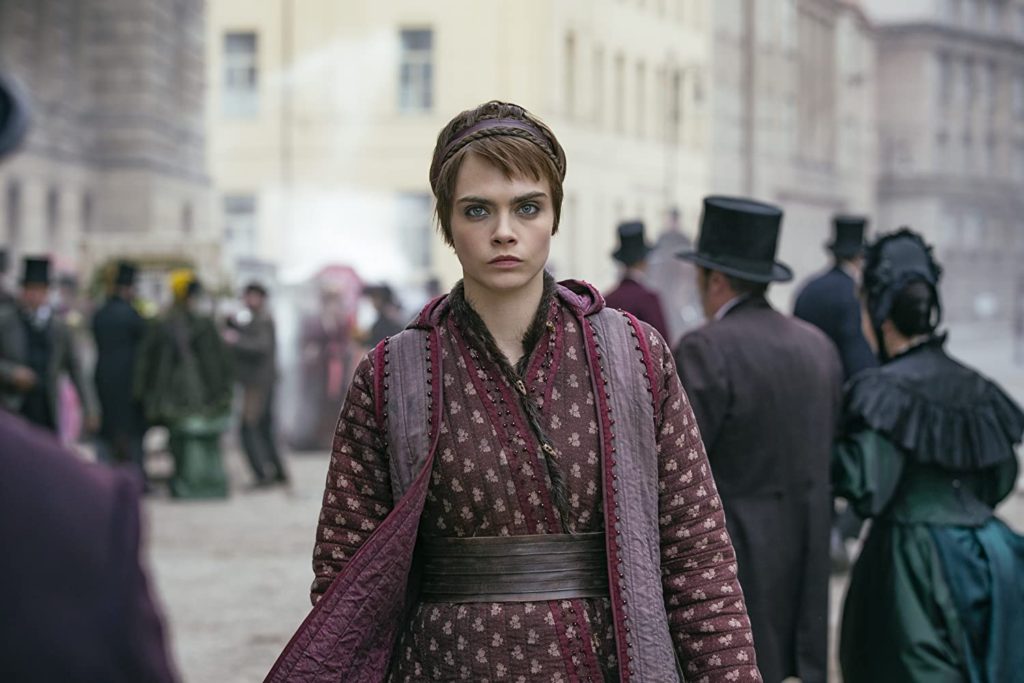 Cara Delevingne has appeared in genre projects (“Suicide Squad,” “Carnival Row”), gritty dramas (“Her Smell”), and YA novel adaptations (“Paper Towns”) — and now she’s adding a nonfiction series to her résumé. According to Deadline, the actress, model, and singer created, executive produces, and headlines a six-part docuseries delving into sex, sexuality, gender, and identity for Hulu and BBC Three. Its working title is “Planet Sex.”

Described as a “high-end” documentary series, the show will see Delevingne “explore big questions about human sexuality, examining issues including relationships, sex appeal, and the popularity of pornography.” The source adds, “she will throw herself into experiments conducted by world-leading sex labs, as well as visiting communities who experience gender and sexuality very differently.”

Production on “Planet Sex” kicked off earlier this year, but was halted due to the pandemic. Filming has recently started back up.

Delevingne, who identifies as pansexual, created the project with Simon Andreae. Both also serve as exec producers, as does Amy Foster. “Planet Sex” is co-produced by Delevingne’s Cara & Co. and Naked Television.

Delevingne stars in Amazon’s fantasy series “Carnival Row.” Production on the show’s second season just concluded. “Valerian and the City of a Thousand Planets,” “Tulip Fever,” and “Pan” are among her other credits. Next, she’s working on an all-women prank series for Quibi.