An upcoming liquid CPU cooler from Asus adds even more pizzazz by including a 3.5-inch LCD screen that can display custom images.

The ROG Ryujin II 240 was introduced during last week’s CES, alongside the company’s latest motherboards, but on Tuesday, Asus product marketing manager Juan Jose Guerrero III uploaded a new picture, showing off the unit inside a desktop rig.

According to Asus, the LCD screen on the Ryujin II can also be configured to display system stats, in addition to custom graphics, and various RGB lighting patterns. The photo from Guerrero shows the unit adopting a black and gray color scheme. 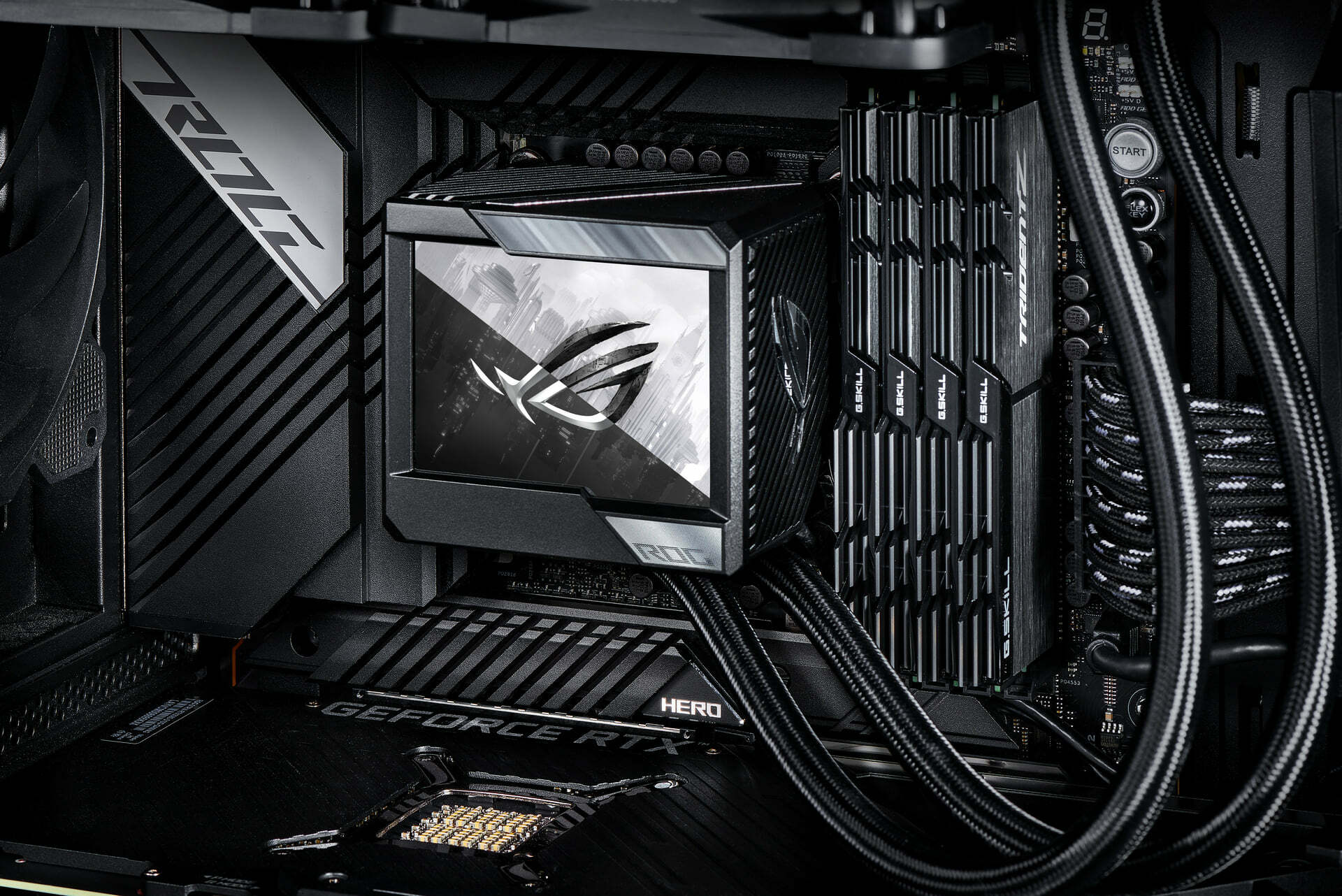 Ryujin 240, which first launched in 2018. It too includes a screen to display images, such as GIFs. However, the OLED panel is much smaller at 1.77 inches, and takes up only a small portion of the water block.

To improve the product, Asus decided to enlarge the display on the Ryujin II, making it the same size as an iPhone 4 screen. It certainly promises to help a PC rig stand out. Unfortunately, there’s no word on when the product will arrive or for what price, but we expect it to be expensive. The last-generation Ryujin is currently retailing for $234.99, or more than double what conventional AIO coolers currently go for on the market.

We’ve reached out to Asus for more information about the Ryujun II, and we’ll update the story if we hear back.