An ATX motherboard for Intel’s 10th-Generation “Comet Lake-S” processors, Asus’ Prime Z490-A sits apart from the company’s ubiquitous Republic of Gamers (ROG) family of components and has a wholly different, less edgy look and feel—one meant to attract a more professional audience with a cooler aesthetic. Priced at $229.99, it also undercuts some of Asus’ ROG boards. The Prime would work fine as the foundation for a new gaming PC, but this motherboard is also a fitting solution for shoppers who want to build or upgrade to a powerful productivity computer or a Core- rather than Xeon-based workstation.

The Prime Z490-A features a black PCB with white strips running across it. The rear I/O shield, as well as the chipset heatsink on this board, are also colored white. The bright, contrasting color on this otherwise dark component is eye-catching and draws your attention to these two areas on the board. 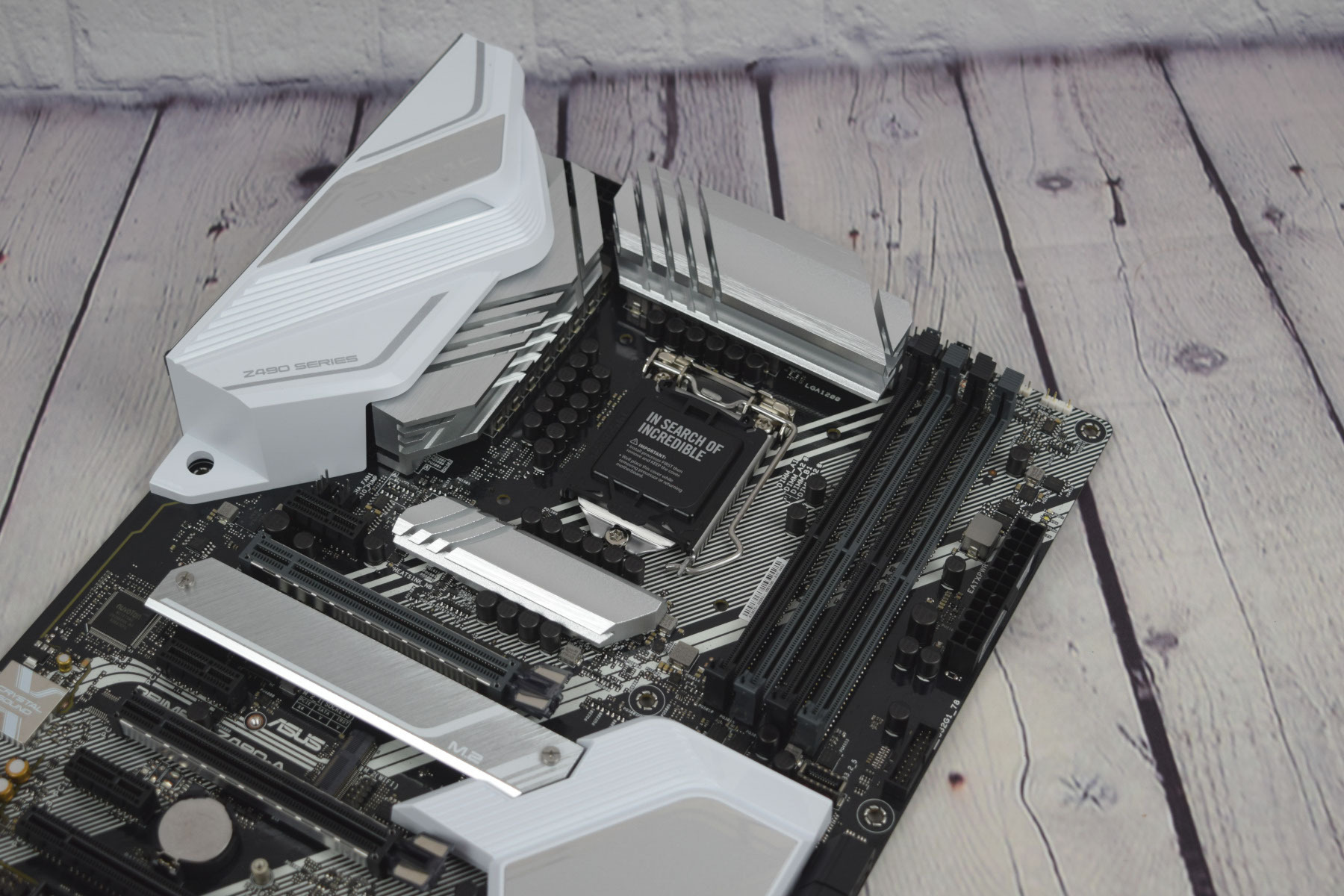 Asrock’s Z490 Phantom Gaming Velocita, which is available for the same price and very competitive with the Prime Z490-A in terms of features. The Velocita has a substantially better thermal solution for the VRM heatsinks. It also has a second Ethernet jack and heat spreaders for both M.2 slots. The Prime Z490-A has advantages of its own, but if I had to choose between the two, I’d tip toward the Asrock. That’s not to say that the Asus won’t work perfectly fine as the main board in your new Intel LGA1200 PC, but it would be a more tempting solution if it were priced slightly lower.