Anya Adams is an award-winning director who most recently took home the 2020 NAACP Image Award for Outstanding Directing in a Comedy Series for “GLOW.” She won the prize for helming the Season 3 episode “Outward Bound,” which sees the Gorgeous Ladies of Wrestling going on a camping trip and experiencing showdowns and revelations of epic proportions.

Adams’ career skyrocketed after she directed an episode of “Black-ish” in 2017. Since then she has gone on to helm episodes of “The Good Place,” “Single Parents,” “Charmed,” “Fresh Off the Boat,” and “Speechless,” as well as the pilot for the upcoming Netflix series “Ginny & Georgia.” She is currently working on another Netflix production called “Social Distance,” from Jenji Kohan. Adams was also recently recognized by The Alice List as an emerging female filmmaker.

We chatted with Adams about her NAACP Award win, what she’s been doing during the pandemic, and her fight for behind-the-scenes inclusion.

W&H: Congrats on winning the NAACP Award for directing an episode of “GLOW.” Was winning that award quite significant for you?

AA: It was important that I was honored by the NAACP, but also for people to really recognize the specialness of what that episode was and the topics that we touched on, really recognizing how important they are. Not that the episode mirrors what is happening now, but it does touch on some racial and cultural issues that I think are bubbling up. I’m really proud of this episode, so being recognized for it was pretty special. The opportunity to show women of color in lead positions living their lives and experiencing wonderful stories, like on “GLOW,” is vital to broaden young people’s eyes and help them see themselves aspirationally.

AA: I had been a fan of the show, so it was great to experience that particular world. The episode had a lot of transformative moments, which was really nice for a show that’s a hybrid of comedy and drama. Liz Flahive and Carly Mensch, the show’s creators, are so amazing and talented and tapped in. They gave me a lot of the backstory, which helped. They’re just an incredible duo. They were also on location with us the whole time, which doesn’t happen often with creators. Working with them was a completely collaborative experience. Collaborating with them and [executive producer] Jenji [Kohan] on how and the ways to do things, since it was my first time directing an episode of “GLOW,” was inspiring. 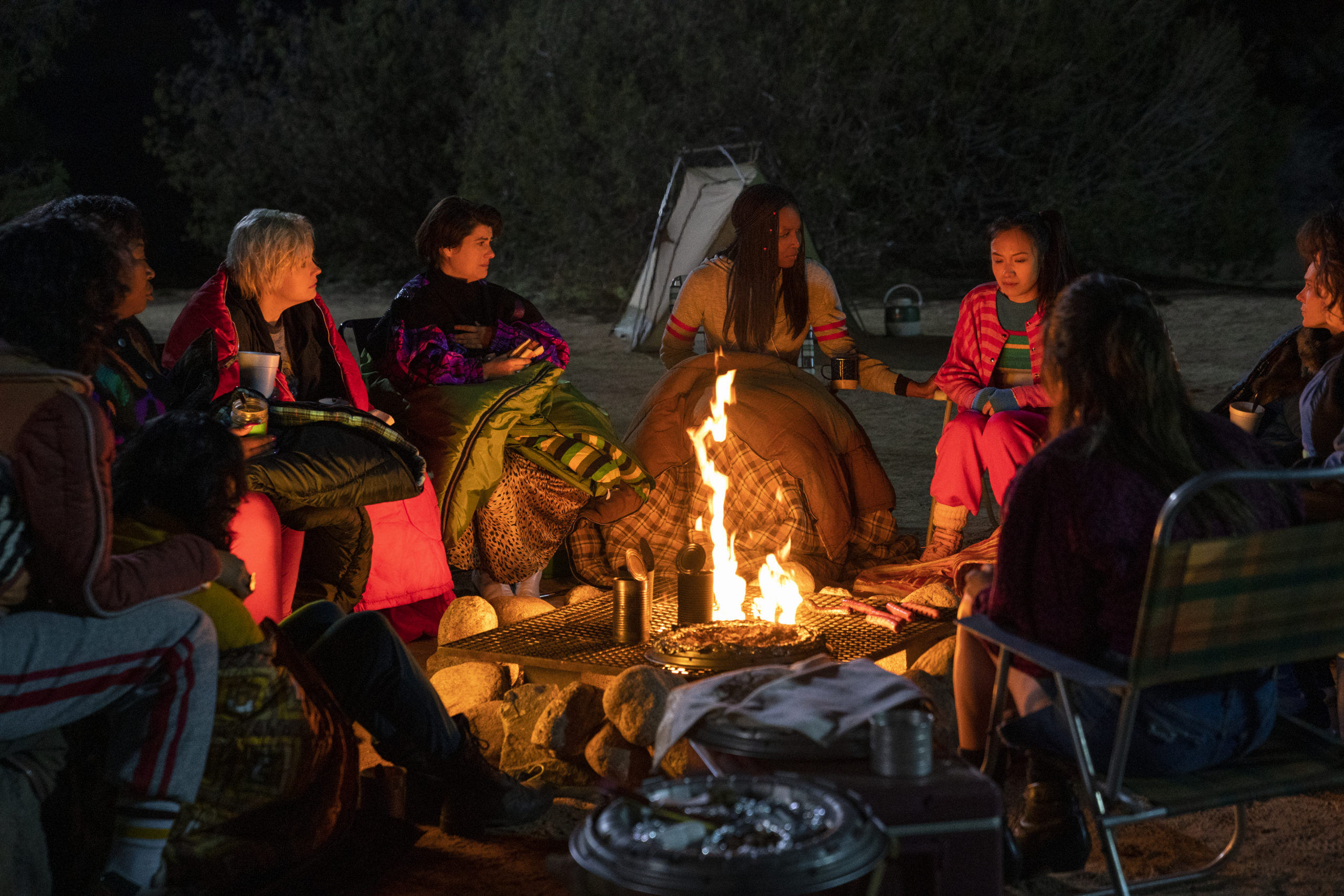 W&H: Speaking of “GLOW,” a show that explores institutionalized racism and white privilege, you have also been very vocal, championing Black Lives Matter and using your social media and voice to further the cause. What kind of changes do you want to see in the film and TV industries as a result of this movement?

AA: For me, it’s necessary to diversify minorities in a non-forced way in front of the camera. Writing rooms need to be composites of it. I think that people are slowly opening up to it and are opening their minds. As a director, it’s essential that behind the scenes, we get to see more minorities, specifically Black people, stepping up in roles we don’t usually get to see them filling. That’s one of the reasons I’ve been vocal and keeping my mind on it. Aside from being a Black woman in this industry, I recognize how important it is to have people of color behind the camera because those are the people that are helping to fashion the story and only add to it and make the experience for the audience more robust, and engaging.

W&H: Have you seen things change massively for women since the dawn of the #MeToo movement?

AA: I think people have become more aware. There was, and is, a push to elevate women’s voices, and now with the diversity conversation, the Black discussion pulls it back into the conversation.

W&H: When did you realize you could make it in Hollywood as a director?

AA: While working on “The Mindy Project,” I had never seen a Black female creator of a show. It was really important for me to work on it. I went after that hard. I had a friend recommend me. I love comedy, but to work with a woman of color who was writing and starring in her show was a unique experience and something I wanted to do. Toward the end of working as a First AD [Assistant Director], I approached Mindy and asked if I could direct an episode.  She said, “Great, what have you done?” I came up non-traditionally. I didn’t go to film school or anything. Her question was an eye-opener for me but also a good thing to learn. If you want an opportunity, you have to show you want it aside from just asking for it.

Later while working on “Black-ish,” I did a short film and showed it to [creator] Kenya Barris. He granted me an episode, and I am forever grateful because it started my career as a director.

Working in the industry as an AD, people knew my character already. After I completed an episode, it was easier for producers to bring me on to their shows. I understand what people do; I know what the jobs are. That gets me a lot of respect coming onto a set.

W&H: What has life been like for you the last few months during COVID? Do you have a lot of projects on hold?

AA: For sure. I was shooting a show called “The Mayor,” Tina Fey and Robert Carlock’s new show. We were four days into shooting when production shut down, and that was in March. I’ve been down, but I did finish directing a remote show called “Social Distance” for Netflix that Jenji Kohan is producing and was created by Hilary Weisman Graham. I know that a lot of my colleagues haven’t had the same opportunity to keep directing during the pandemic. That work has kept me occupied and my creative juices flowing.

AA: What I’ve been impressed with is the dedication and the focus of the actors. The weight of production is on them. Typically, actors are used to being in their characters and take some time to go away and figure out how they are in a scene. In this instance, Mike Colter was starring in the episode that I was directing. He had to do the set dressing and the props and the costuming and set up the camera and sound. All those things can pull an actor out of the moment. It was a really wonderful experience, but I do feel that the actors shoulder a lot of it. I’m directing two episodes of this show. I’m lucky that I get to do another one now that I’ve developed a style and way of doing it.

W&H: Let’s talk about “Ginny and Georgia,” a Netflix original premiering in summer 2020.

AA: Netflix was wonderful and granted me the opportunity to direct [the pilot] of “Ginny and Georgia” for them. It’s a great story about a mixed-race girl and her mother who move to a small town. It’s about navigating life as a young person with a mother who is unconventional. It delves into some interesting racial stuff which is really relevant today and I’m glad Netflix got behind the story because it’s a really important story to tell.

Justin Duggar: We Know His Wedding Date! We Think!