Anthology About Remarkable Women in History Lined Up at Starz, Eleanor of Aquitaine to Be First Subject 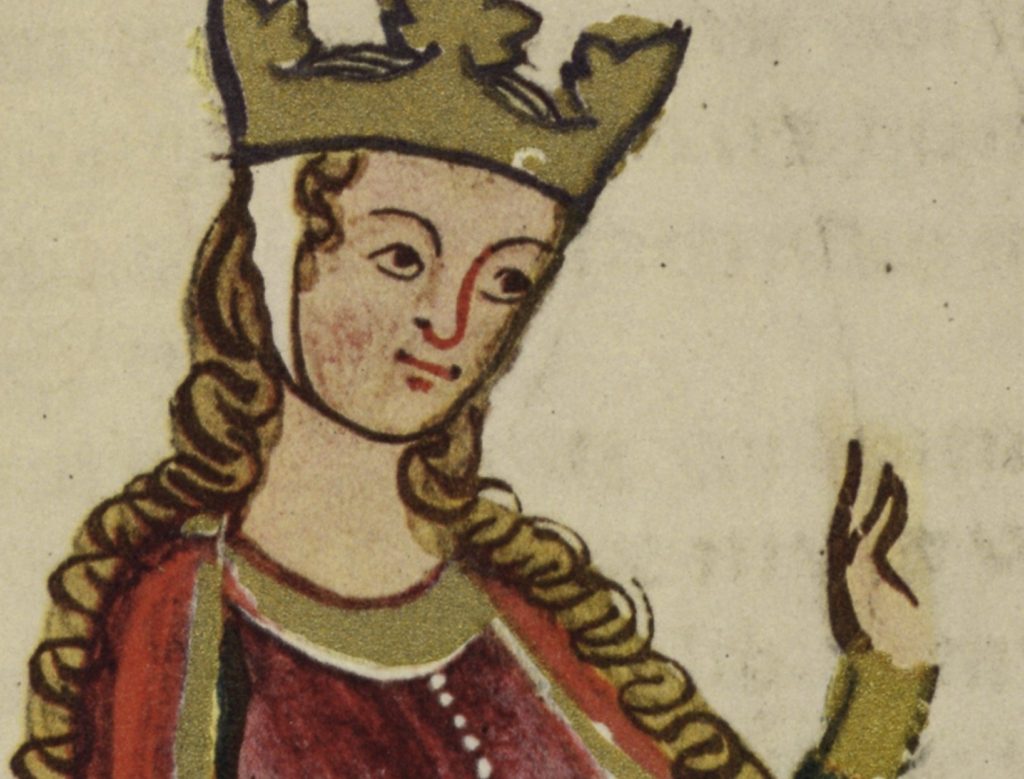 Anthology About Remarkable Women in History Lined Up at Starz, Eleanor of Aquitaine to Be First Subject

From the cover of “Eleanor of Aquitaine: A Life”

Eleanor of Aquitaine is the latest female historical figure to get the television treatment at Starz. The cabler, home of “The Spanish Princess” and the upcoming “Becoming Elizabeth” — the respective stories of Catherine or Aragon and Queen Elizabeth I — is developing an anthology show about pioneering, though somewhat unsung, women in history. Eleanor of Aquitaine will be the project’s first subject, per The Hollywood Reporter.

Starz secured the rights to Alison Weir’s nonfiction book “Eleanor of Aquitaine: A Life” and its companion novel, “Captive Queen,” to serve as the show’s source material.

A 12th century monarch, Eleanor of Aquitaine was queen consort of France, and then England. She also served as duchess of Aquitaine. She was one of the most powerful women in Europe during the High Middle Ages, and participated in the Second Crusade.

Katharine Hepburn won an Oscar for portraying Eleanor of Aquitaine in “The Lion in Winter.”

Susie Conklin (“A Discovery of Witches”) will adapt Weir’s books for the anthology series and executive produce. Lionsgate TV and Playground are producing, while Starz’s Karen Bailey and Lionsgate TV’s Jocelyn Sabo are overseeing development.

“This slate of series will focus on lesser known but undeniably exceptional female historical figures while continuing the exploration of fierce characters in history,” said Starz Programming prez Christina Davis. “Alison Weir’s novels are the perfect jumping off point for this collection of series.”

“I’m thrilled at the opportunity to bring Eleanor’s story to life — the drama and adventures she experienced are truly epic,” Conklin explained. “I’m also captivated at how a woman who lived over 800 years ago can be so strikingly modern. She’s determined to live her life on her own terms, and the ways she goes about that are extraordinary.”

“Cranford,” “The Musketeers,” and “Personal Affairs” are among Conklin’s writing and producing credits.

A historian as well as an author, Weir has written numerous nonfiction and narrative books about U.K. monarchs. Her works include “The Six Wives of Henry VIII,” “Queens of the Crusades,” and “The Lady Elizabeth.” Her books have sold over three million copies in the U.S. and the U.K.