Under the deal, Universal Pictures only needs to wait at least three box office weekends, or 17 days, before it can begin releasing the film as a paid digital download. 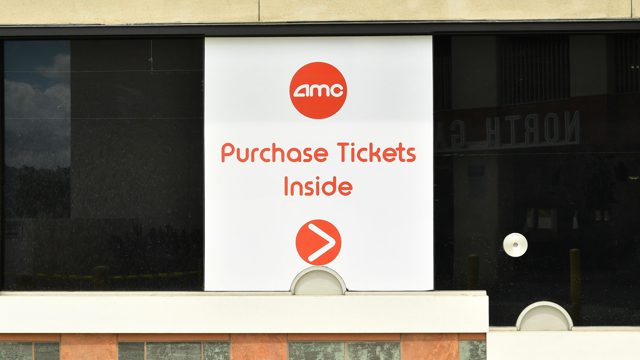 The time it takes for a blockbuster film to be released digitally is going to drastically shorten for Comcast’s Universal Pictures. On Tuesday, the studio struck a historic deal with AMC Theatres, allowing it to premiere new films over the internet a mere 17 days after the theatrical release.

The deal shortens the 90-day exclusivity window theaters typically enjoy when they carry a new film. Going forward, Universal Pictures only needs to wait at least three box office weekends before it can begin releasing the film as a paid digital download.

The digital releases, however, won’t be cheap. Under the deal, Universal Pictures must release the film as a “premium video on-demand” (PVOD) offering, meaning you’ll have to pay about $20 to watch it.

Still, the deal may usher in a new age for at-home movie watching, and prompt other film studios to create similar deals with AMC.

The two companies announced the agreement after AMC took the extreme action and decided to swear off all movies from Universal Pictures. Due to COVID-19, the US’s largest theater chain has been forced to close all its cinemas. But back in April, Universal Pictures opted to bypass AMC, and release the kids’ movie Trolls World Tour as a $20 digital rental.

The digital release helped Universal Pictures rake in nearly $100 million in just three weeks, which prompted a company executive to talk about the accomplishment with The Wall Street Journal. In response, AMC announced it would no longer license the studio’s films, claiming Universal was abandoning long-established business practices in the movie industry.

So why the sudden reversal? Well, money talks. No financial terms to today’s deal were given. However, AMC is going to get a cut of the PVOD revenue Universal Pictures rakes in from the digital releases.

That all said, it’s unclear if Universal Pictures will be taking advantage of the deal in the US anytime soon. In the coming weeks, the two companies are going to kick off discussions for film distribution in Europe and the Middle East. However, no mention of North America was made.

AMC is planning to reopen its theaters in the US next month, after remaining closed since mid-March. The company is banking on the upcoming Christopher Nolan film Tenet becoming a major draw when it releases on Sept. 3.

However, the ongoing pandemic has been forcing all the Hollywood studios to postpone and delay their upcoming film releases. As result, it’s possible AMC will struggle to survive over the long-term.

What Caught My Eye at a Virtual CES