Adobe says sorry, but Lightroom app users on iPhone and iPad aren’t getting their photos or presets back. 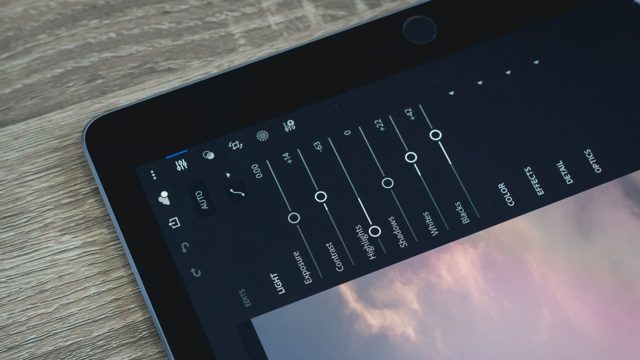 (Photo by Jye B on Unsplash)

Adobe has infuriated users of its Lightroom app on iOS and iPadOS this week by managing to delete photos and presets during an app update. The deletion is permanent and happened without warning.

As PetaPixel reports, Adobe rolled out an update (version 5.4) for its Lightroom app earlier this week, but a side effect of the installation saw any photos not already synced to Adobe’s cloud platform deleted. The same was true of any presets that hadn’t been synced. User complaints quickly started appearing on the Photoshop community support site, with some desperate to get their photos back. However, in response, official Adobe rep Rikk Flohr confirmed the worst:

“We are aware that some customers who updated to Lightroom 5.4.0 on iPhone and iPad may be missing photos and presets that were not synced to the Lightroom cloud.

A new version of Lightroom mobile (5.4.1) for iOS and iPadOS has now been released that prevents this issue from affecting additional customers.

Installing version 5.4.1 will not restore missing photos or presets for customers affected by the problem introduced in 5.4.0.

We know that some customers have photos and presets that are not recoverable. We sincerely apologize to any customers who have been affected by this issue.”

If you were unlucky enough to have the update triggered with unsynced photos and presets on your iPhone or iPad, unfortunately there’s no getting them back. Adobe has since confirmed via the Adobe help website that the deletion affected, “customers using Lightroom mobile without a subscription to the Adobe cloud. It also affected Lightroom cloud customers with photos and presets that had not yet synced to the Adobe cloud.” The company went on to apologize, saying, “We know that some customers have photos and presets that are not recoverable. We know how frustrating and upsetting this will be to people affected and we sincerely apologize.”

It’s hard for Adobe to compensate users effectively when potentially very important and unique photographs have been lost forever. The incident will leave a bitter taste in a lot of user’s mouths and places a question mark over how much users can really trust Adobe to keep their photos safe.