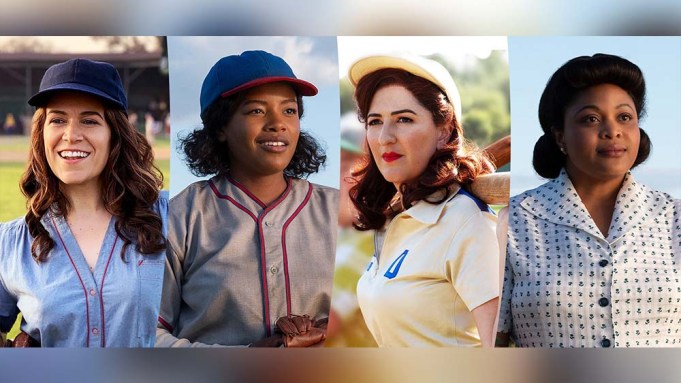 “A League of Their Own”: Amazon Studios

Abbi Jacobson’s “League of Their Own” reboot is shaping up to be a home run. The “Broad City” alumna just received a series order from Amazon based on its pilot, which was directed by Jamie Babbit (“But I’m A Cheerleader”). The Hollywood Reporter confirmed the news.

Created by Jacobson and Will Graham (“Mozart in the Jungle”), the hourlong series is described as “a reinterpretation of the original, nearly 30-year-old feature film about the All-American Girls Professional Baseball League. The Amazon take, which stars Jacobson, will have the spirit of Penny Marshall’s beloved movie while expanding its lens to explore race and sexuality as the series follows a new ensemble of women carving out their own paths in the league and outside of it,” the source details.

“Twenty-eight years ago, Penny Marshall told us a story about women playing professional baseball that up until then had been largely overlooked. We grew up obsessed with the film, like everyone else. Three years ago, we approached Sony with the idea of telling a new, still overlooked set of those stories,” said Jacobson and Graham. “With the help of an enormously talented team of collaborators, an amazing cast, and the devoted support of Amazon to this project, we feel beyond lucky and excited to get to bring these characters to life. It took grit, fire, authenticity, wild imagination, and a crackling sense of humor for these players to achieve their dreams. We’re hoping to bring audiences a story with all of those qualities.”

Released in 1992, “A League of Their Own” took in over $132 million worldwide. In 2012 the fan favorite was selected by the Library of Congress for preservation in the U.S. National Film Registry.

“The pilot, more than the rest of the series, nods to the film in a bunch of different ways. But we are really leaning into the fact that Black women weren’t allowed to even try out,” Jacobson told THR. “Our version is very much about inclusion of women in professional baseball, but it’s also about the inclusion of white women and white-passing women in professional baseball. There are really heavy scenes that we’re also exploring in a major way.”

Halsey is Pregnant! Who the Heck is Her Baby Daddy?

Maci Bookout and Taylor McKinney: We Might Adopt Another Child!