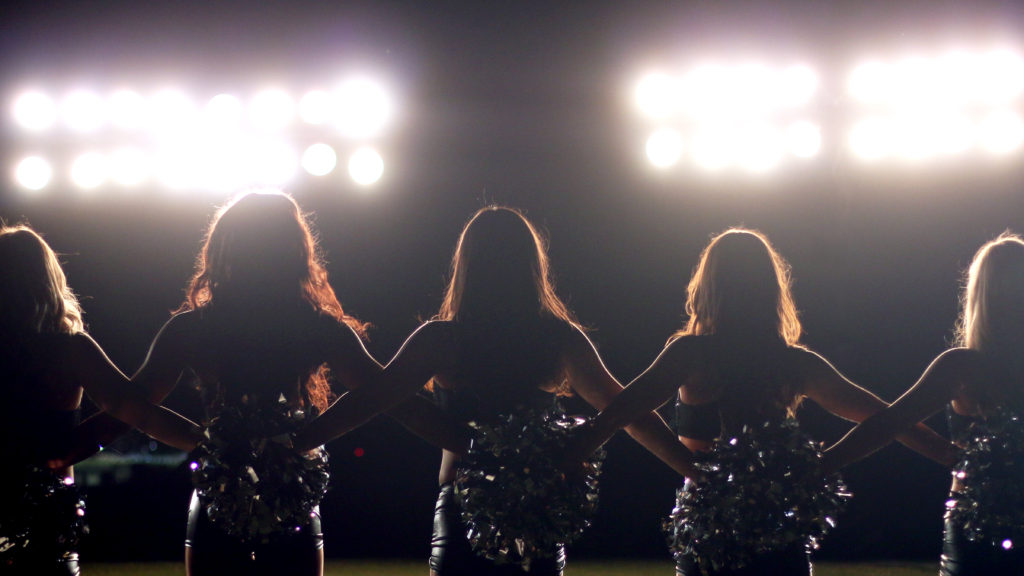 We kicked off 2020 cheering on Gabi, Lexi, and La’Darius at Daytona’s NCA & NDA Collegiate Cheer and Dance Championship and we’ll ring in 2021 cheering on NFL cheerleaders fighting for fair pay. According to Deadline, 1091 Pictures has landed worldwide digital rights to “A Woman’s Work: The NFL’s Cheerleader Problem” with plans to release it in the new year.

Directed by Yu Gu, the documentary follows Lacy, “an Oakland Raiders cheerleader who sued the team in 2014 for wage theft, and Maria, a former cheerleader for the Buffalo Bills who filed a similar suit with three others, as they fight for fair compensation from the NFL amid a structure in which some cheerleaders are compensated at less than minimum wage, compared with the teams’ players, mascots, and concession workers,” the source details. “In the process, they reveal a culture of toxic masculinity and the devaluation of women’s labor in society. The Raiders eventually settled their suit and increased their cheerleaders’ pay.”

“All my life I’ve felt like an outsider, as a girl and only child in China, as an Asian woman in the West. When I came to the United States as a graduate student, I fell in love with American football. It was marvelous to me that every Sunday, millions of people from all ethnic and economic backgrounds come together to watch this game that champions hard work, resilience, and competition — principles of the American dream,” Gu told us. “The cheerleaders on the field are the most visible, celebrated, and glamorized women in this man’s world. When Lacy first filed her lawsuit alleging that she was paid less than minimum wage in 2014, I suddenly saw so many parallels with my own experience of being devalued.”

The director explained, “Asian Americans in the United States have been trapped by the model minority myth. You will be accepted and rewarded only if you agree to blindly toe the line. The cheerleaders were told that this is not a job — it’s a privilege to dance on the field, to be seen as this cultural and sexual icon. I was fascinated that Lacy and the other women rebelled and became outsiders for the first time in their lives — something I knew a lot about. How will they rebuild themselves? How will they change and grow through this fight?”

Gu’s previous credits include hybrid documentary “A Moth in Spring” and feature doc “Who Is Arthur Chu?”

“A Woman’s Work: The NFL’s Cheerleader Problem” made its world premiere at the 2019 Tribeca Film Festival and will be available to buy on digital platforms January 26, 2021, and rent February 2.