Is it time for Apple to rethink its lowest-cost tablet? The eighth-generation iPad ($329; $299 for students) is, as far as I can tell initially, just a processor bump from last year’s seventh-gen model. As a low-cost media tablet and a primary computer for students, it’s a slam dunk. But like a distracted boyfriend, my tech-geek eyes are sliding over to next month’s $599 iPad Air.

I’ve had the 2020 iPad for less than a day, so these are just first impressions. But there’s no mistaking that it looks exactly like the 2019 model; it’s so close that it fits into the same cases. That means it still has a very big bezel around the relatively reflective, 10.2-inch screen, a physical home button, a single set of speakers on the bottom edge, and a Lightning port. In 2020, I’d love to see smaller bezels, dual speakers, and USB-C, but hey, I guess that’s what the iPad Air is for.

The 2020 iPad also still uses the first-gen Apple Pencil, the one with the Lightning port. Because the first-gen Pencil is a perfect cylinder, it kept rolling off my slightly slanted work desk. The second-gen Pencil doesn’t have the awkward plug-in charger and has a flat side so it doesn’t roll. But again, you need the iPad Air for that. 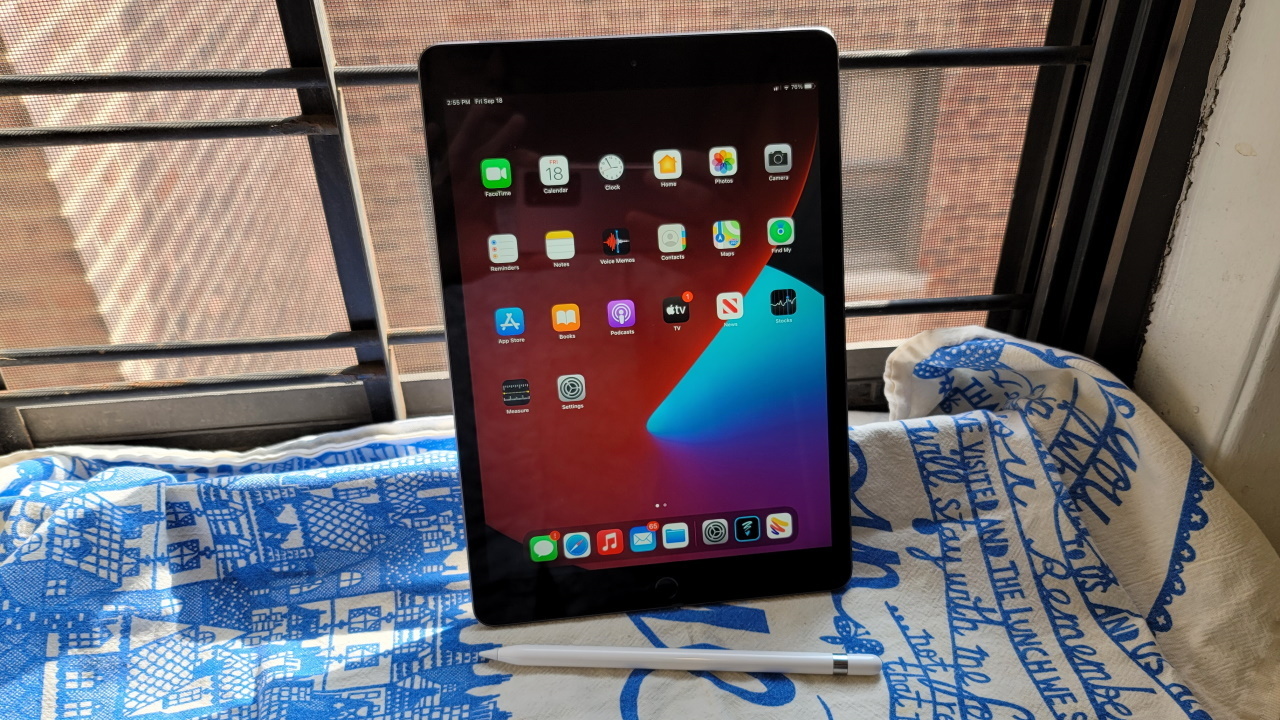 I’m impressed by the increased processor chops brought by the one major improvement, a bump from the A10 to the A12 processor. That is a massive jump in performance from the previous model: It increased benchmark scores from 257,075 to 443,387 on Antutu, and from approximately 1,400 to 2,474 on Geekbench Multi-Core. A web browsing score of 592.82 in the Basemark Web benchmark exceeds last year’s iPad Air and approaches the iPad Pro. That’s mighty impressive for a $300 tablet.

Otherwise, this is an iPad and it works like an iPad, which has been the charm of iPads for a few years now. With the A12 processor, it’s perfectly capable of doing split-screen multitasking, and action games are no problem. The cameras are the same ones that have been on iPads for a while now, front and back. That includes the 1.2MP front-facing camera, which should be better by now, but you’ll need to step up to the iPad Air for a 7-megapixel front-facing camera. 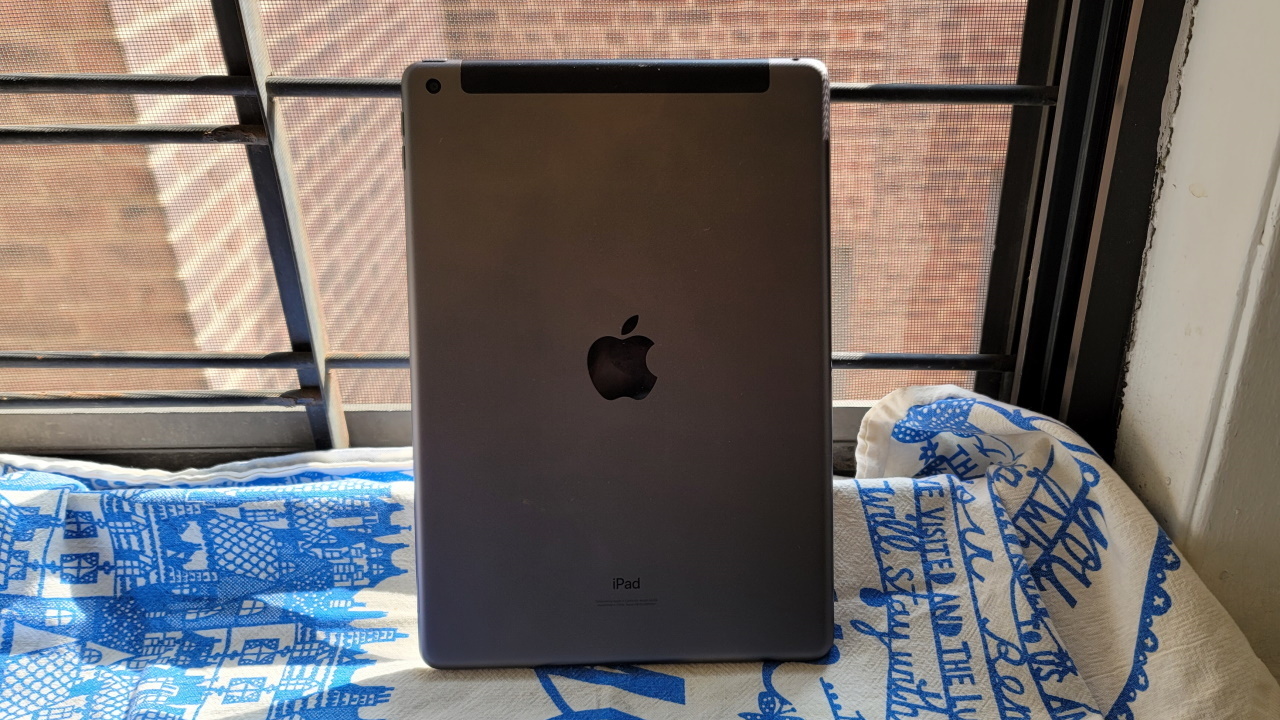 There’s no reason to upgrade any iPad less than three years old—it’s a very stable platform. If you’re coming from an iPad that’s fifth generation or earlier, you’ll get Pencil and Smart Keyboard support here, as well as a massively faster processor. If your old iPad seems sluggish, the difference between it and the new iPad will feel like night and day.

That said, if you can afford the upcoming iPad Air, I’m seeing a lot of reasons to lay out the extra cash, including an even faster processor, better Pencil support, a nicer screen, and sharper cameras. I didn’t have this feeling about last year’s Air, but it really looks like the balance of power has changed this time around.

Better Than a Chromebook?

Apple isn’t positioning this iPad as a professional creative solution, of course. It wants the entry-level iPad (ideally with its $99 Pencil and/or $159 Magic Keyboard) to face off against low-cost Chromebooks for the millions of kids who are doing remote learning this year. The iPad is faster, more colorful, and more fun than most Chromebooks, with far more apps designed for its specific hardware and form factor, and the Pencil option makes it a world-class creative tablet for scribblers and artists. 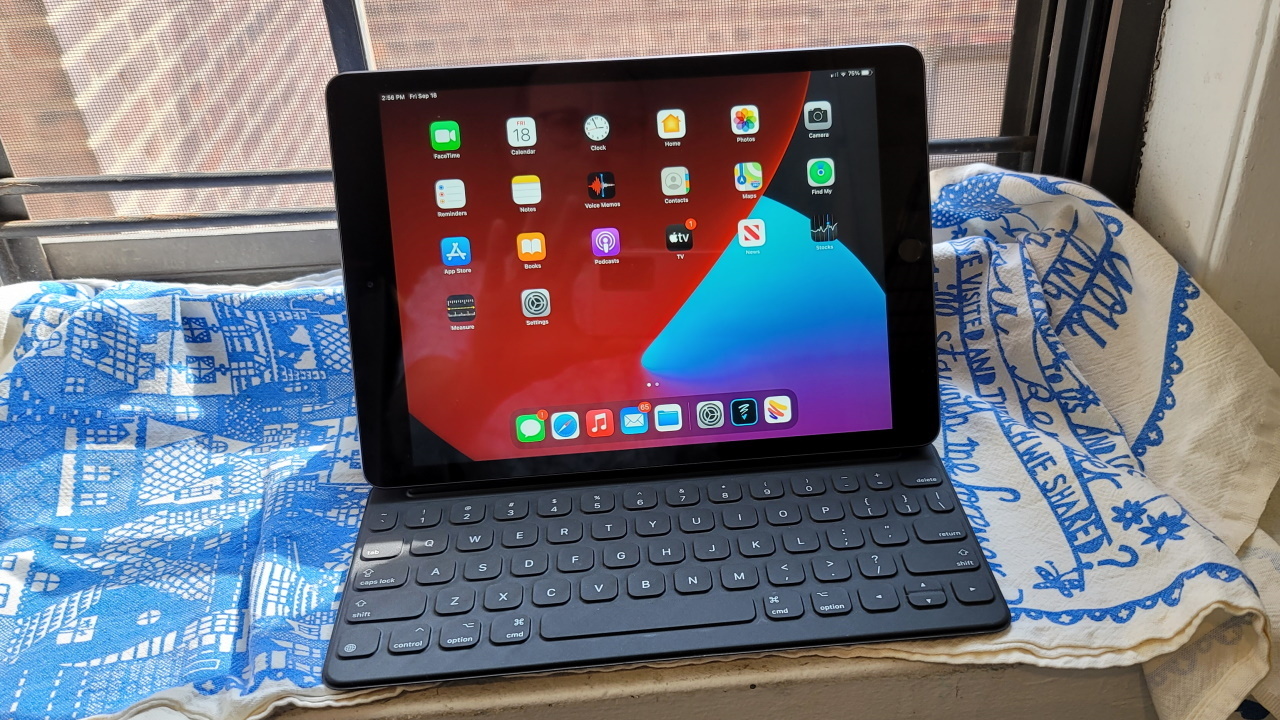 Logitech K480, though, and your iPad comes down to $348, which goes up well against any Chromebook.

We’ll have a full review of the iPad next week, so check back soon.